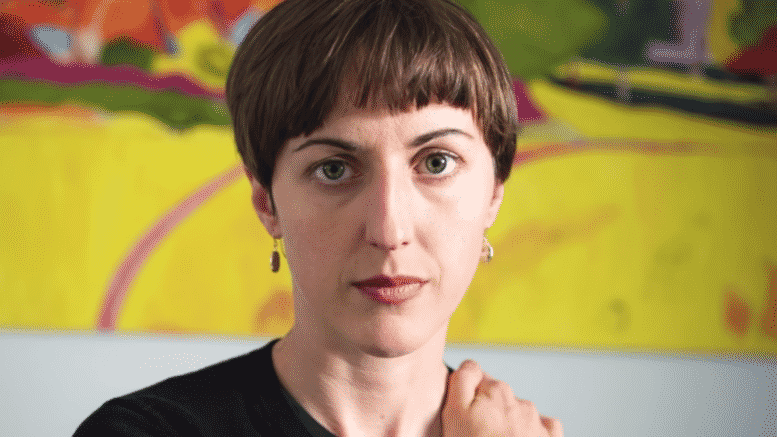 Please Share This Story!
PDF 📄
The procreation of the human race is faltering. Climate paranoia is crushing the dreams of young women who are either afraid to bring children into the world or believe it is immoral to do so. ⁃ TN Editor

As soon as Blythe Pepino got together with her partner Joshua two years ago, she felt “this overwhelming urge to create a family with him”, she says. “I think it was the fifth day after having met him, I said: ‘I’ve got to meet your parents.’ He was like: ‘You’re mad.’”

Then, late last year, she attended a lecture held by the direct action group Extinction Rebellion, which set out starkly the catastrophic reality of the changing climate. That galvanised Pepino, an activist and musician (she is the former singer of Vaults, now Mesadorm), to do research of her own and, eventually, to have a series of sad conversations with Joshua.

“I realised that even though I wanted to have a family at that point, I couldn’t really bring myself to do it,” she says. “I had to say to him: ‘I don’t know if I can do this, considering what we know – if there isn’t a political will to fix this, we really don’t stand much of a chance.’”

Pepino, who turns 33 today, found that other women – especially those in climate-conscious circles – were struggling with the same question, but were “too afraid to talk about it” for fear of judgment or ridicule. The US congresswoman Alexandria Ocasio-Cortez gave voice to their concerns last month, pointing to the increasingly dire scientific consensus and widespread government inaction: “It does lead young people to have a legitimate question: is it OK still to have children?”

And so Pepino decided to publicly announce her decision – strategically making the personal political – by setting up BirthStrike, a voluntary organisation for women and men who have decided not to have children in response to the coming “climate breakdown and civilisation collapse”. In doing so, she hopes to channel the grief she feels about her decision “into something more active and regenerative and hopeful”. In just two weeks, 140 people, mostly women in the UK, have declared their “decision not to bear children due to the severity of the ecological crisis”, says Pepino. “But we have also had people get in touch to say: ‘Thank you for speaking out about something that I didn’t feel I could even talk to my family about,’” she adds. Many of these BirthStrikers are involved with Extinction Rebellion, which on Saturday threw buckets of red paint outside Downing Street to symbolise “the death of our children” from climate change.

Pepino says that BirthStrike is distinct from the antinatalist movement (which says that having children is morally wrong because sentient life is so awful), and its aim is not to discourage people from having children, or to condemn those who have them already, but to communicate the urgency of the crisis. It is a “radical acknowledgment” of how the looming existential threat is already “altering the way we imagine our future”. “We’re not trying to solve it through BirthStrike,” she says. “We’re trying to get the information out there.”

In fact, she says, population reduction has been shown to be an ineffective strategy. A 2017 study published in the Proceedings of the National Academy of Sciences of the USA explored various scenarios for global human population change by adjusting fertility and mortality rates. It found that even imposing one-child policies worldwide and “catastrophic mortality events” would not significantly reduce the global population by 2100. It proposes instead that “more immediate results for sustainability would emerge from policies and technologies that reverse rising consumption of natural resources”.

“Even with drastic, draconian, eugenic policies of population reduction – which are completely immoral,” says Pepino, “we wouldn’t save ourselves. We have to change the way we live.”