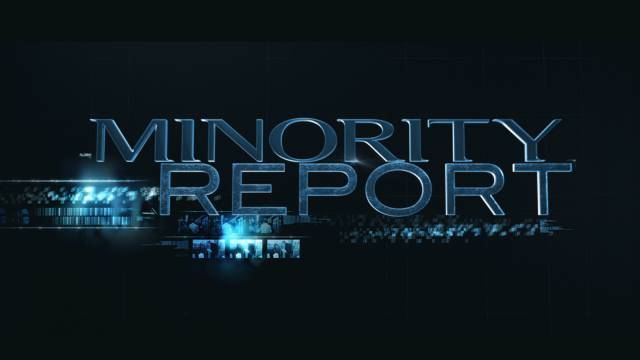 TN Note: China is run by technocrats who rule with an iron fist. Surveillance in China is turning into an art form, driven by technology-crazed engineers and scientists who believe that they can completely control their citizens. There are few laws preventing them from accomplishing this.

China’s effort to flush out threats to stability is expanding into an area that used to exist only in dystopian sci-fi: pre-crime. The Communist Party has directed one of the country’s largest state-run defense contractors, China Electronics Technology Group, to develop software to collate data on jobs, hobbies, consumption habits, and other behavior of ordinary citizens to predict terrorist acts before they occur. “It’s very crucial to examine the cause after an act of terror,” Wu Manqing, the chief engineer for the military contractor, told reporters at a conference in December. “But what is more important is to predict the upcoming activities.”

The program is unprecedented because there are no safeguards from privacy protection laws and minimal pushback from civil liberty advocates and companies, says Lokman Tsui, an assistant professor at the School of Journalism and Communication at the Chinese University of Hong Kong, who has advised Google on freedom of expression and the Internet. The project also takes advantage of an existing vast network of neighborhood informants assigned by the Communist Party to monitor everything from family planning violations to unorthodox behavior. A draft cybersecurity law unveiled in July grants the government almost unbridled access to user data in the name of national security. “If neither legal restrictions nor unfettered political debate about Big Brother surveillance is a factor for a regime, then there are many different sorts of data that could be collated and cross-referenced to help identify possible terrorists or subversives,” says Paul Pillar, a nonresident fellow at the Brookings Institution.

Building a crystal ball to predict and prevent terror attacks, a real-world version of Minority Report, is the ultimate goal of crime fighters the world over. But, so far, more data has just meant more noise, security experts say. “There are not enough examples of terrorist activity to model what it looks like in data, and that’s true no matter how much data you have,” says Jim Harper, a senior fellow at the Cato Institute. “You need yeast to make bread. You can’t make up for a lack of yeast by adding more flour.”

China was a surveillance state long before Edward Snowden clued Americans in to the extent of domestic spying. Since the Mao era, the government has kept a secret file, called a dang’an, on almost everyone. Dang’an contain school reports, health records, work permits, personality assessments, and other information that might be considered confidential and private in other countries. The contents of the dang’an can determine whether a citizen is eligible for a promotion or can secure a coveted urban residency permit. The government revealed last year that it was also building a nationwide database that would score citizens on their trustworthiness.

My goodness! It took thirty-two more years than Orwell expected, but the Chinese have gone far further than, 1984, even dreamed of.