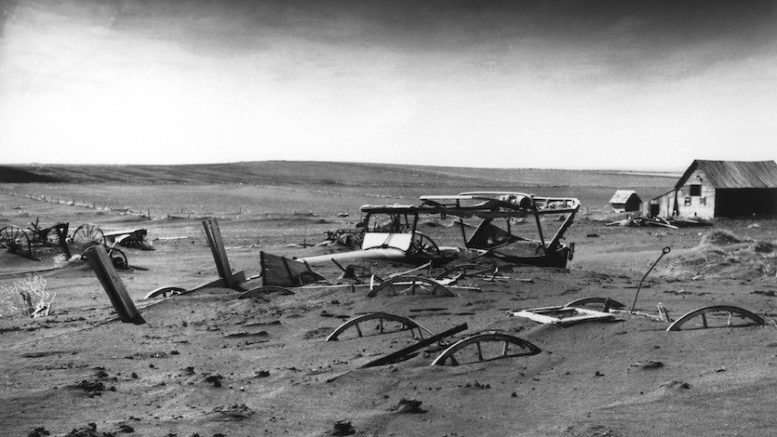 Global media continues its hysterical coverage of ‘catastrophic’ global warming predictions. The only solution ever offered is Sustainable Development, which is specifically designed to replace Capitalism and Free Enterprise. ⁃ TN Editor

The idea that climate change is producing heat records across the Earth is among the most egregious manipulations of data in the absurd global warming debate.

Americans receive a daily barrage from the fake news media and climate “experts” reporting that each and every day, week, month or year is the hottest on record due to global warming. On Feb. 7, several major newspapers carried stories of the declaration by NASA and NOAA that the past five years have been the warmest on record.

Sadly, these supposed experts use mathematical equations that do not jibe with reality over the past 140 years.

The same climate experts warn that record heat is just the tip of the iceberg. We are constantly told that global warming is the root cause behind any and all weather events that are extreme, destructive, unusual or uncomfortable.

Many of these fear mongers also say we should stop burning fossil fuels that are causing this mayhem.

Is the Earth truly experiencing the hottest weather on record?

Actual weather records over the past 100 years show no correlation between rising carbon dioxide levels and local temperatures.

However, climate change alarmists always find somewhere on Earth where temperatures are higher than ever. The focus is always on isolated temperatures that have reached all-time highs while the same reports ignore all-time record lows. These zealots would like you to believe that due to fossil fuel emissions, summers are now longer and hotter while winters are shorter and milder.

Yet, the actual temperature records tell a very different story. Did the Earth experience its highest temperature ever this year? The answer is no.