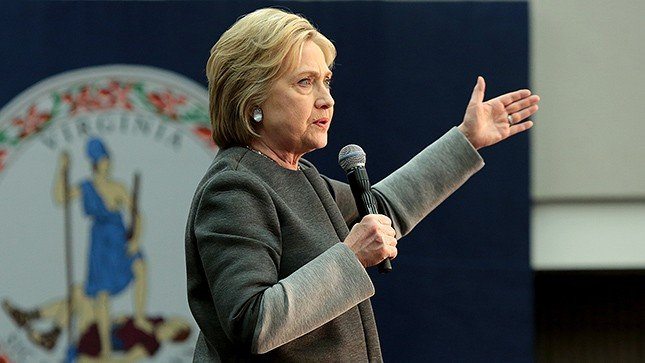 TN Note: Podesta is a member of the Trilateral Commission and the architect of Obama’s climate change policies and related Executive Orders; he is currently Clinton’s campaign manager. Podesta is fighting back against investigations related to the Clinton Foundation and Clinton’s aide, Huma Abedin.

John Podesta, the chairman of Hillary Clinton’s presidential campaign, says there are “serious questions” about the integrity of the State Department Office of Inspector General (OIG).

The OIG is locked in an increasingly contentious fight with Clinton’s campaign on a host of issues, including her use of a private email account during her time as secretary of State.

It has also reportedly subpoenaed the Clinton Foundation for documents related to charity projects and is investigating close Clinton aide Huma Abedin’s work as a “special government consultant” while she worked at State.

A source within the OIG contacted The Hill claiming that the office has grown increasingly partisan, accusing it of having an “anti-Clinton” bias.

Told by The Hill about the remarks, Podesta described the source as a “whistleblower” whose comments called into question the integrity of the OIG investigations.

“This person’s account is highly troubling, and is cause to ask serious questions about the independence of this office,” Podesta said of the source. The Clinton campaign says it does not know the identity of the source.

Grassley is at the center of several investigations about Clinton, including whether Abedin was overpaid by the government while working for the State Department. He’s been aided in his probe by what he says is a “confidential source” at the OIG — Democrats charge this is DiSanto.

“Our work is becoming overtly anti-State Department, pro-Republican, and anti-Clinton,” the OIG source said, charging that DiSanto is working with an “active partisan mandate to undermine both the State Department as a federal agency and Secretary Clinton as a presidential candidate.”

The source also charged that Linick is “more or less under her control, possibly out of a desire for a more prestigious appointed position.”

Grassley’s staff and the OIG have strongly pushed back at those assertions.