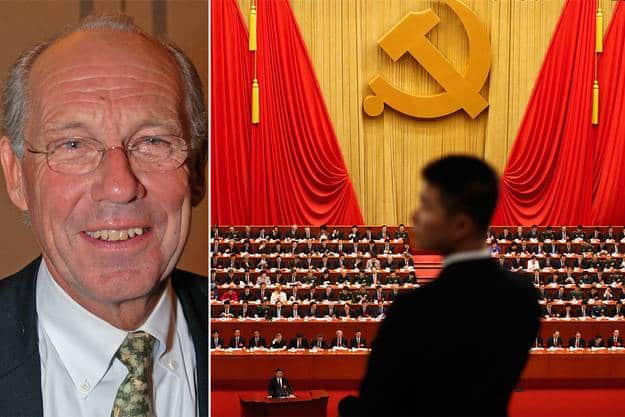 Technocracy is sinking its iron teeth into existing political systems, seeking to transform the entire world into a resource-based scientific dictatorship. This view from Europe should be a wake-up call for Americans! This is a must-read article. ⁃ TN Editor

Prominent environmentalist proposes a climate dictatorship because democracy is just not willing to do his policies.

The gall of this argument is staggering. It is even more staggering that the Swedish newspaper bringing this large interview today does not clearly mark the viewpoint as extreme and unreasonable. Instead, they seriously have their political analyst muse about whether a climate dictatorship is really necessary, and ending with a conclusion of ‘yeah, possibly.’

The claim comes from Jørgen Randers, professor of climate strategy at BI Norwegian Business School. His main claim to fame is as co-author of the 1972 Limits to Growth book, which scared a generation to believe we would run out of all resources and kill humanity with suffocating air pollution. Time magazine headlined their 1972 story on the book: “The Worst Is Yet to Be?” and it began: “The furnaces of Pittsburgh are cold; the assembly lines of Detroit are still. In Los Angeles, a few gaunt survivors of a plague desperately till freeway center strips, backyards and outlying fields, hoping to raise a subsistence crop.

London’s offices are dark, its docks deserted. In the farm lands of the Ukraine, abandoned tractors litter the fields: there is no fuel for them. The waters of the Rhine, Nile and Yellow rivers reek with pollutants. Fantastic? No, only grim inevitability if society continues its present dedication to growth and “progress.””

Of course, their scare scenarios were almost entirely wrong. You can read more in my Foreign Affairs article and my short summary in Project Syndicate below.

Now Professor Randers — correctly – tells us that democracy is unwilling and unable to pay the exorbitant amounts that he and many other environmentalists are asking us to pay. Surveys of willingness to pay for climate policies show most people in the US are willing to pay $180 per household or $70 per person. In China, the average willingness to pay is $30 per person per year. (They would all rather use it on education, health, poverty alleviation etc.)

Yet, the current Paris promises will cost each American $500 per year, each European $600 and each Chinese $170. Of course, most Americans and Europeans are unlikely to elect leaders that will actually incur a much larger cost than most people are willing to pay.

Moreover, these promises will not *solve* global warming – indeed, they will together achieve almost nothing: By the UN’s own estimate, the Paris Treaty will reduce emissions by less than 1% of what would be needed to keep temperature rises under 2°C and yet cost $1-2 trillion per year by 2030, mostly in reduced GDP growth. So Paris will deliver far less than what most people expect, yet will cost much more than most people are willing to pay.

Of course, most smart people would be against paying lots for achieving little or nothing. If anything, this suggests that democracy works just fine.

But Randers instead takes this unwillingness to spend fortunes on little benefits as an argument for ending democracy. ‘if people don’t want my preferred solution, then people are stupid, shouldn’t be allowed to decide their fate, and we should install a climate dictatorship instead.’ The argument literally seems to be: If I can’t have my way in a democracy, I want my way with a dictatorship.

That is hardly a good argument. It is also phenomenally expensive: Look at the costs to achieve the sort of climate policies that Randers and many others are advocating. If the EU fulfils its promise of cutting emissions by 80% in 2050 (which is the most ambitious climate policy in the world today), the average of the best peer-reviewed models show that the cost would run to at least $3 trillion per year, and more likely double that – meaning $6,000 for each EU citizen per year. Of course, few will vote for that.

Look at China, which unfortunately is held up by many environmentalists as a green ideal. It gets 86% of its total primary energy demand from fossil fuels (International Energy Agency data, latest from 2014, extrapolated to 2017). How is that ultra-green? It gets just 12% from renewables (the last 2% from nuclear). Even in 2040 with all its Paris goals fulfilled, the IEA estimate that China will get 16% of its total energy from renewables (and most of this will still be hydro and biomass, with just 4.2% from wind and solar PV). How is this seen as ultra-green? Remember, China got a higher share of its total energy from renewables (mostly because it was incredibly poor) *every year of the last century* than it will in 2040.

But the most depressing fact is that instead of focusing on these incredibly ineffective policies that will cost a fortune but do little to fix climate, there are many other ways that would do much more good.

First, we should increase spending on green R&D – if we can innovate the price of future green and reliable energy down below fossil fuels, everyone will switch.

Second, we should focus on cheap and effective adaptation, which in the long run will avoid most of the extra damages of climate impacts at very low costs.

Third, we should recognize that the main vulnerability for climate is poverty: if you’re poor, you will much harder hit by climate change (and, of course, hit harder by pretty much every other challenge, as well). Thus, if we lift people out of poverty, we will likely help them much more against future damages from climate –- and help them much, much more period. It is not surprising, that when the UN asked almost 10 million people around the world what they wanted us to focus on, they asked for education, health, and nutrition. And placed climate at the very bottom of their list of priorities.

Increasing green R&D, adaptation and much more focus on poverty alleviation is something that most people would vote for. It is efficient, morally good and much, much cheaper.

we could keep our democracy.

Quote (“The advantage is that once decision is made, everything goes quickly. There is no opposition fighting back”) is representative of Jørgen Randers’ argument, but actually comes from the same article from Anders Wijkman, who’s spokesperson for the Club of Rome, of which Randers is member of their executive committee.