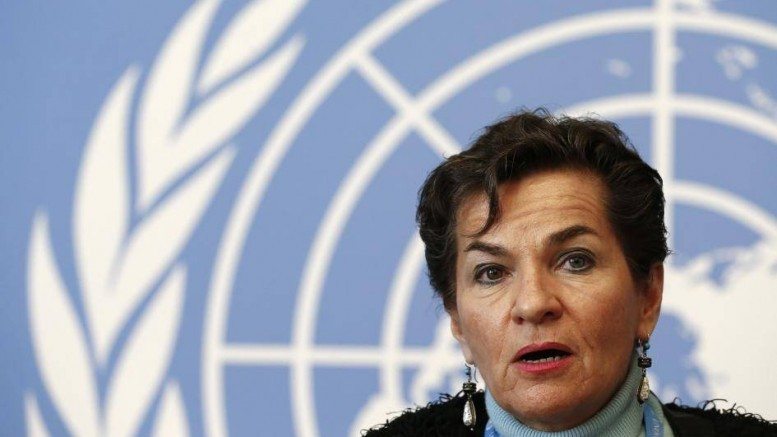 TN Note: Original Technocracy called for a monetary system consisting of energy credits. The UN equivalent term is “carbon price”. For instance, think of all the “cap-and-trade” schemes around the world. The fact that Figueres is even talking about a “global carbon price” is enough proof that this is exactly what is ahead for the world.

A climate change deal to be agreed in Paris in December will not be able to come up with a global carbon price, the United Nations’ climate chief, Christiana Figueres, said on Tuesday.

Big multinational companies and investors, and most recently oil majors, have called for a global carbon price to help spur investments in low-carbon energy.

A global carbon price would help to create an incentive for operators of power plants and factories to switch to cleaner fuels such as gas or to buy more energy-efficient equipment.

When the European Union launched a carbon trading scheme in 2005 there were expectations this would eventually lead to a global carbon scheme by 2020 worth around $2 trillion.

But the difficulties of bringing together different carbon schemes from countries around the world means the goal of a global carbon price remains elusive.

“[Many have said] we need a carbon price and [investment] would be so much easier with a carbon price, but life is much more complex than that,” Figueres told a climate investor event in London.

“I agree it would be more simple … but it’s not quite what we will have,” she said, adding that the world would move towards that in the future.