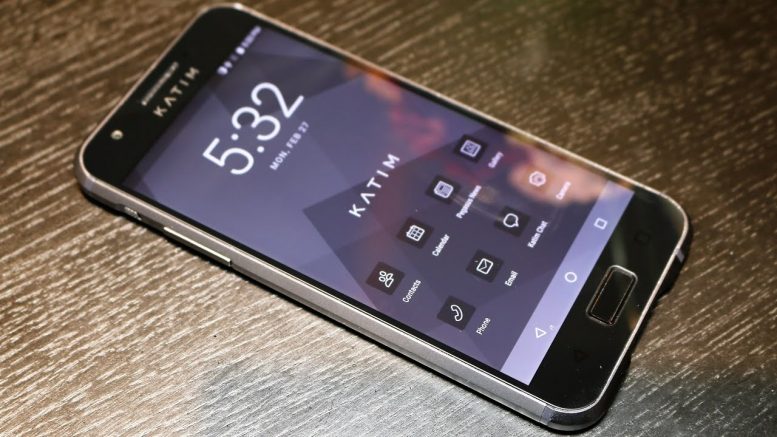 This clever smartphone gives the ability to completely disconnect both camera and microphone so that if spy agencies hack into your phone, they cannot remotely hear or photograph you. Shouldn’t every smartphone on the planet be equipped that way? ⁃ TN Editor

Cybersecurity firm DarkMatter has launched its first smartphone, designed to stop spy agencies listening to you.

An Android device called Katim, it was made available commercially Monday at Mobile World Congress in Barcelona, Spain, and has a 5.2-inch display, as well as a high level of encryption.

DarkMatter unveiled the phone concept last year but has now brought it to market.

One security feature built by the Middle East-based firm is called “shield mode,” which disconnects power from the microphone and camera on the device so that nobody can spy on your conversations.

“If you are to enter a secure meeting or a very confidential meeting as a business, you are striking a secret deal, or as a government having a secret meeting in that regard… you always tend to find people leaving their phone outside the meeting,” Faisal Al Bannai, CEO of DarkMatter, told CNBC in an interview Tuesday.

“It’s because you can’t trust that no one, no super agencies are able to turn on that mic while you are sitting in the room.”

Al Bannai said the company has built the Katim smartphone from the “ground up” with security.

Shield mode is activated by flicking a button on the side of the device; the CEO said this makes it more secure.

“This button will physically disconnect the power from the mic and camera, which means unless that super agency has a way of physically shifting that button back, there is no way that mic is turning on and listening to what you’re saying,” Al Bannai said.

Privacy and spying via devices was thrust into the spotlight in 2016 when a photoemerged showing that Facebook CEO Mark Zuckerberg tapes up the webcam of his laptop.