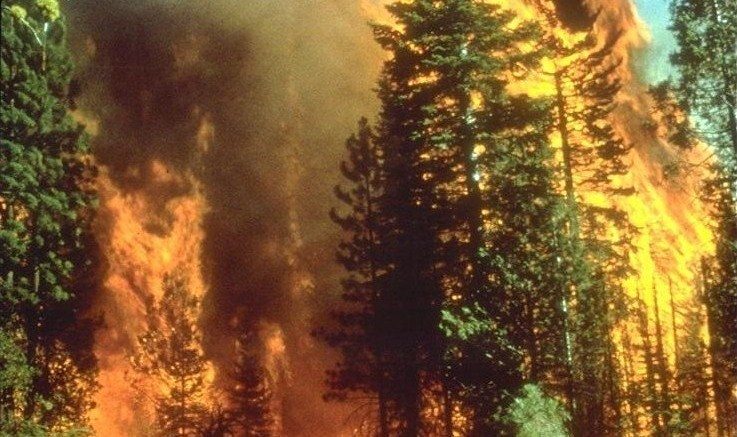 The scientific hysteria within the pro-climate change community is staggering. Oneupmanship has gotten to the point where its almost impossible to trump the latest studies with new alarmist headlines. ⁃ TN Editor

The global temperature has increased to a level not seen for 115,000 years, requiring daunting technological advances that will cost the coming generations hundreds of trillions of dollars, according to the scientist widely credited with bringing climate change to the public’s attention.

A new paper submitted by James Hansen, a former senior Nasa climate scientist, and 11 other experts states that the 2016 temperature is likely to be 1.25C above pre-industrial times, following a warming trend where the world has heated up at a rate of 0.18C per decade over the past 45 years.

This rate of warming is bringing Earth in line with temperatures last seen in the Eemian period, an interglacial era ending 115,000 years ago when there was much less ice and the sea level was 6-9 meters (20-30ft) higher than today.

In order to meet targets set at last year’s Paris climate accord to avoid runaway climate change, “massive CO2 extraction” costing an eye-watering $104tn to $570tn will be required over the coming century with “large risks and uncertain feasibility” as to its success, the paper states.

“There’s a misconception that we’ve begun to address the climate problem,” said Hansen, who brought climate change into the public arena through his testimony to the US congress in the 1980s. “This misapprehension is based on the Paris climate deal where governments clapped themselves on the back but when you look at the science it doesn’t compute, it’s not true.

“Even with optimistic assumptions (future emissions reduction) will cost hundreds of trillions of dollars. It’s potentially putting young people in charge of a situation that is beyond their control. It’s not clear they will be able to take such actions.”

The paper, submitted as a discussion paper to the Earth System Dynamics journal, is a departure from the usual scientific process as it has yet to be peer reviewed and has been launched to support a legal case waged by a group of young people against the US government.

Last year, 21 youths aged between 8 and 19 years old filed a constitutional lawsuit against the Obama administration for failing to do enough to slow climate change. Hansen and his granddaughter are parties to legal challenge, which was filed in Oregon and asserts that the government has violated young people’s rights to life, liberty and property.

Hansen, who has become increasingly outspoken on climate change since retiring from Nasa in 2013, said he recognized some scientists might object to publicizing the paper so soon but that “we are running out of time on this climate issue.”

Not surprising Hansen is still very active with this issue. Several years ago (>10) I encountered Hansen on The Oil Drum, a prominent online news and discussion board that focused on “peak oil” and energy issues in general. The forum was dominated by academics, including several from the Ivy Leagues, most with a science background and two regulars were political science professors. At the time, my interest was to better understand energy sources and economic inputs. Even back then, the issues of peak oil and climate change were openly being used by forum leaders to portray an inevitable end-of-the-world Mad… Read more »