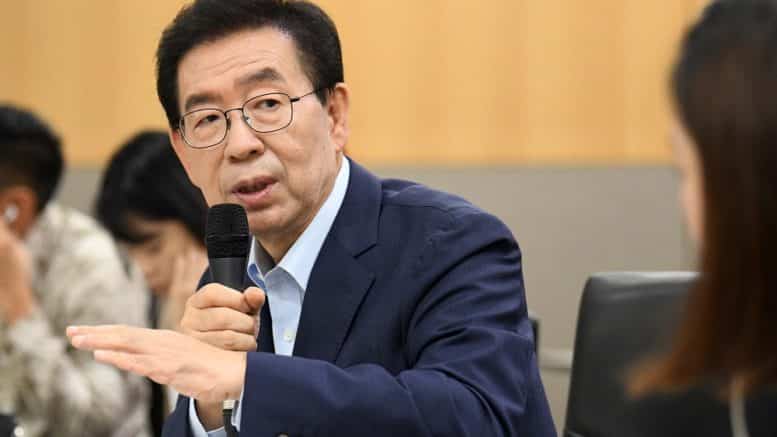 Seoul has morphed into a first-tier Technocracy and intends to become a coveted ‘global city.’ Mayor Park says blockchain will “bring a fundamental change to society” and indeed it will, but citizens will have other thoughts about it. ⁃ TN Editor

Used car salesmen typically aren’t rated highly on trust. They usually languish at the bottom of the rankings just above journalists and politicians. But the life of a used car salesman is about to become a whole lot easier in Seoul as the city is deploying blockchain technology to establish a trust system to restore credibility to the used car market and help the downtrodden salesman to better manage title transfers, accident history, car conditions and more.

It is one aspect of 14 set out in a US$109-million blockchain masterplan launched last October by Seoul’s mayor, Park Won-soon. According to Park, the Promotion Plan for Blockchain City Seoul will boost the blockchain industry–considered to be at the core of the Fourth Industrial Revolution–across multiple areas of his city.

Blockchain is a dispersed data storage technology which stores all transactions across various computers. Having information stored in a decentralised format makes it impossible–according to the city–to forge or manipulate. Due to this, it is applicable in sectors that require a high level of security and credibility such as finance, healthcare, logistics, and more.

IT market research institution, Gartner, forecasts that the world’s blockchain market will expand into a US$3.16 trillion market by 2030. Due to this, there is a high level of global competition to lead the blockchain market.

Vilnius in Lithuania took the lead in February 2018 by launching Europe’s first international blockchain technology centre. Switzerland has prepared and drafted blockchain industry guidelines while China created the world’s largest start-up fund (around US$1.4 billion) for blockchain. Competition is lining up between cities with Dubai and Moscow also leading the blockchain charge.

“Blockchain is an innovative technology that has the potential to bring a fundamental change to society,” says Park. “It has caught the world’s attention as a fuel for innovative growth that can boost a city’s competitive edge.”

According to the Seoul plan, a fund worth 100 billion won (US$88.5 million) will be set up in collaboration with the private sector. Park said that the Seoul Metropolitan Government will boost the blockchain industry’s ecosystem through five years of concentrated investment. In 2018, 14 administrative services began implementing blockchain technology (see box) in various steps to overhaul public services that are directly connected to the lives of citizens.

The plan is to develop Seoul from a “great e-government city” to becoming a blockchain-based smart city with a competitive edge.

Fourteen administrative services to be powered by blockchain: