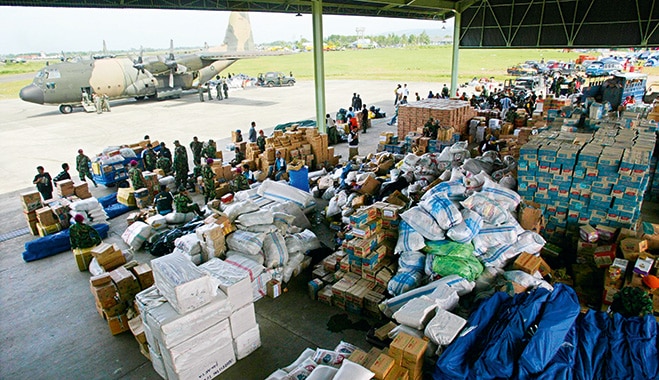 Foreign aid has always been questionable, but with the advance of technology, Technocrats are manipulating the system for their own ends of scientific social engineering.

There is a debate about who said foreign aid is when you take money from the poor people of the rich country and give it to the rich people of the poor country.  Regardless, it is an astute and accurate observation. However, let’s take it one step further and examine what is actually happening. In fact, it is technocrats taking other people’s money to buy influence and power while appearing to take the moral high ground for which they take the glory. Now the real reason is exposed, it is important to discover what happens with this money and its real effect.

Why would any country give foreign aid to a country that is buying millions of dollars of weaponry and maintaining large standing armies? Why do citizens give donations to countries that claim their children are starving when that country is buying weapons? Isn’t there an obligation to look after the children first? Of course, but the children are just the pawns in power struggles, and the technocrats use your money to control those struggles without resolving them.

I had a friend who seemed to be out of control all the time. Everybody around him was constantly captivated by what he was going to do next. His actions were always gaining attention, yet that attention never resolved anything. What I finally realized was that by appearing out of control he was controlling everybody else, but they were unaware and thereby not angry.

Think of the insanity of giving foreign aid to a country that can't or won’t feed or protect its children. Here is a promotion from one such organization.

Help the Children (“HTC”) is a nonprofit humanitarian relief organization founded in 1998. In just 20 years – the organization has grown to one of the most efficient charities and has become a respected child hunger solution dedicated to provide food, supplies, clothing and hope!

The first question you should ask, but they know you won’t, is “where the hell are the parents or citizens or leaders of the country in which these children reside?” Why do those who provide government foreign aid spend so much time and money telling you that it is a small amount and provides great dividends? It may be a small percentage of the US budget, but it is a large amount of money and larger than the total GDP of 100 countries in the world. This is the clever way the technocrats downplay the significance of the spending. Figure 1 shows a diagram produced by the Obama administration to downplay the amount. 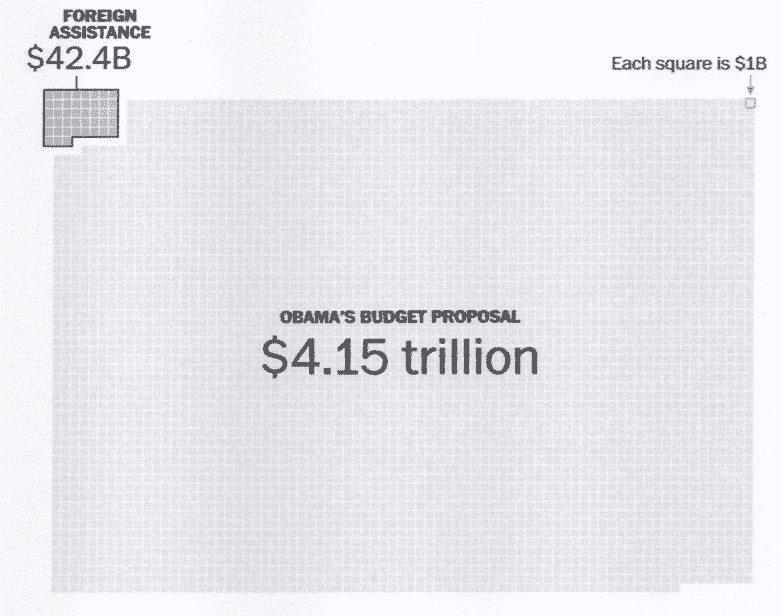 You can pick any agency operating to save the children you want. Not one of them talks about what they are doing to make the leaders and parents in any country to do their job.  For example, “Save the Children” explains their goal.

Save the Children believes every child deserves a future. Around the world, we give children a healthy start in life, the opportunity to learn and protection from harm.

This means they decide which nation is not trying to achieve those goals for their children. Just this one agency had a budget of $2.2 billion to buy off the leaders of these poor countries. What they are doing is either working through the bureaucrats in the Federal government who want to impose themselves and control the people and their children. If that is limited, then they work through these private agencies which, under the guise of saving the children, are dictating to the parents and creating citizens who will operate in their socialist image.

The UN climate controls parallels this. They created the world plan, Agenda 21, but knew it was cheaper and easier to introduce it at the smallest political level possible. They created the Climate Action Plan and worked to implement it at the municipal level, so far, with frightening success.

The same thing is true of foreign aid. As a nation accepts more and more foreign aid, it surrenders larger and larger pieces of fundamental parts of what makes them a nation. What appears like access to freedom and development always becomes a dependency. More frightening is the loss of the ability to become independent and maintain it. It is not frightening for the technocrat. It is precisely what they want, total control with very little commitment and paid for by the taxpayer. It is a technocrat’s dream.