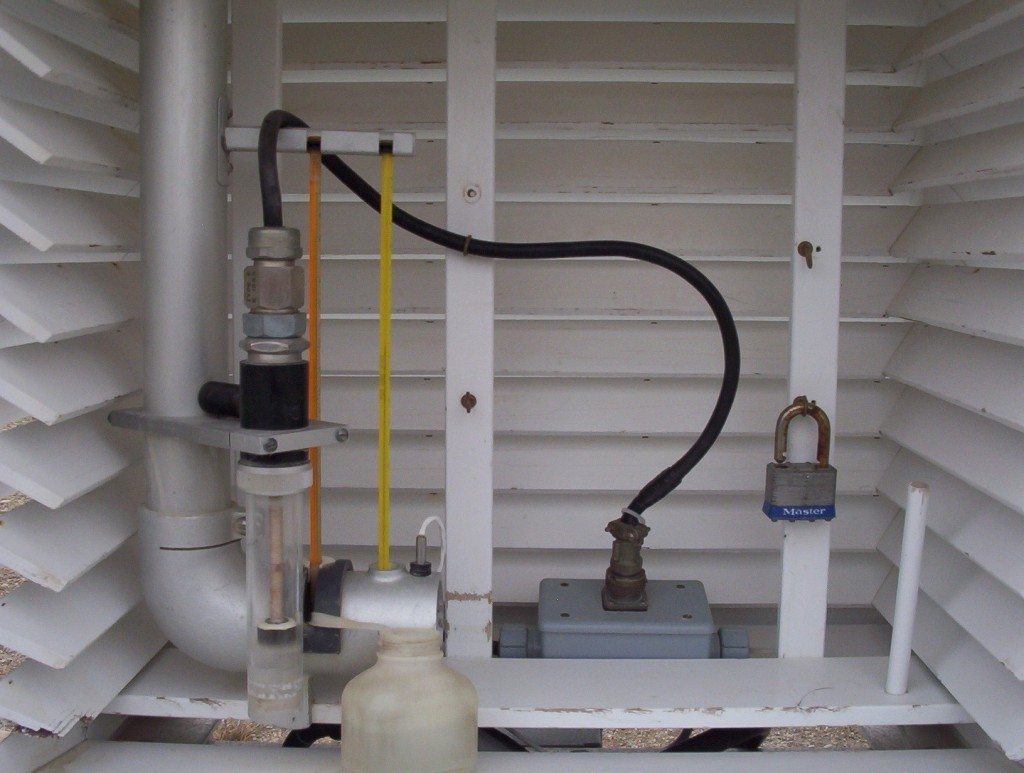 TN Note: NOAA’s reliance on compromised weather data collection stations is a scandal of major proportions, but few have ever challenged it. When you combine faulty physical data collection with faulty computer models used to predict the outcomes, you have a recipe for complete “scientific” breakdown.

The National Oceanic and Atmospheric Administration’s reliance on poorly-sited weather stations to calculate surface temperatures is inflating the warming trend of the U.S. and maybe even the rest of the world, according to a landmark study looking at three decades of data.

“The majority of weather stations used by NOAA to detect climate change temperature signal have been compromised by encroachment of artificial surfaces like concrete, asphalt, and heat sources like air conditioner exhausts,” Anthony Watts, a seasoned meteorologist and lead author of the study, said in a statement Thursday.

Watts and his fellow researchers found only 410 “unperturbed” weather stations out of the 1,218 stations used by NOAA to determine U.S. climate trends. These “unperturbed” stations don’t need to be adjusted by NOAA because they had not been moved, had any equipment changes, or change in the time temperatures were observed.

“This study demonstrates conclusively that this issue affects temperature trend and that NOAA’s methods are not correcting for this problem, resulting in an inflated temperature trend. It suggests that the trend for U.S. temperature will need to be corrected.” Watts said.

What’s more troubling, is that similar siting problems have been observed at weather stations around the world, meaning the global warming present in the surface temperature record may be overblown. Watts’ study comes after NOAA published a June study making further adjustments to temperature data and purported to eliminate the “hiatus” in global warming.

Watts’ new paper casts more doubt on NOAA’s temperature adjustments — which always seem to increase the warming trend. Correcting for these poorly-sited stations could also bring surface warming trends more in line with observations from satellites, which show no statistically significant warming for about two decades.
“We believe the NOAA/NCDC homogenization adjustment causes well sited stations to be adjusted upwards to match the trends of poorly sited stations,” according to Watts’ study. “The data suggests that the divergence between well and poorly sited stations is gradual, not a result of spurious step change due to poor metadata.” 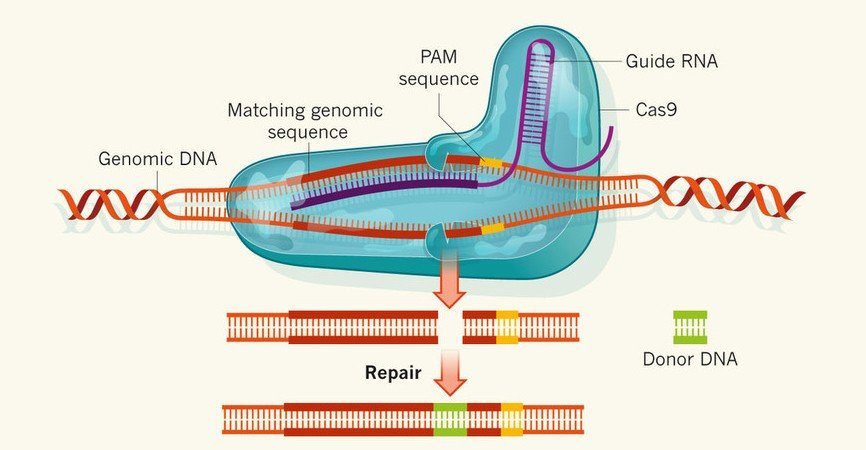 TN Note: We have been watching CRISPR DNA editing technology closely because it seems destined to be a technological mainstay in the Transhuman community, which has been searching for the keys to Humans 2.0 for a long time. Now, Science magazine is confirming the magnitude of the discovery of CRISPR.

A gene-editing technique known as CRISPR was named Thursday by the influential US journal Science as 2015’s breakthrough of the year, due to its potential to revolutionize health and medicine.

The method has stirred controversy, particularly after Chinese researchers earlier this year announced they had deliberately edited the DNA of nonviable human embryos from a fertility clinic.

Concerns over such research—and the prospect of altering humans to promote certain, desirable traits—recently prompted global scientists to urge researchers to steer clear of interfering with embryos destined for pregnancy, citing the risks of introducing permanent changes into the population.

But many are excited about the “superior ability of CRISPR to deliver a gene to the right spot compared to its genome editing competitors -– as well as the technique’s low cost and ease of use,” said the journal Science.

“CRISPR may also revive the moribund concept of transplanting animal organs into people.”

“It’s only slightly hyperbolic to say that if scientists can dream of a genetic manipulation, CRISPR can now make it happen,” said Travis.

The technique, first announced in 2012, experienced a “massive growth spurt last year,” Travis said, describing it as a “molecular marvel.”

Marcia McNutt, editor-in-chief of the Science family of journals, said in an accompanying editorial that “in two years’ time CRISPR will have brought to many diverse fields in biology the enduring level of excitement and optimism that immunotherapy has brought to cancer patients.”

Immunotherapy, a host of techniques which harness the body’s immune cells to fight cancer, was named Science’s breakthrough of 2013.

But the lay public was less enthusiastic about CRISPR, according to online visitors who voted on the top 10 picks of the year on Science’s website.

To 35 percent of voters, the flyby of Pluto by an unmanned NASA probe called New Horizons was the top breakthrough of the year, offering views in unprecedented detail of the distant dwarf planet. 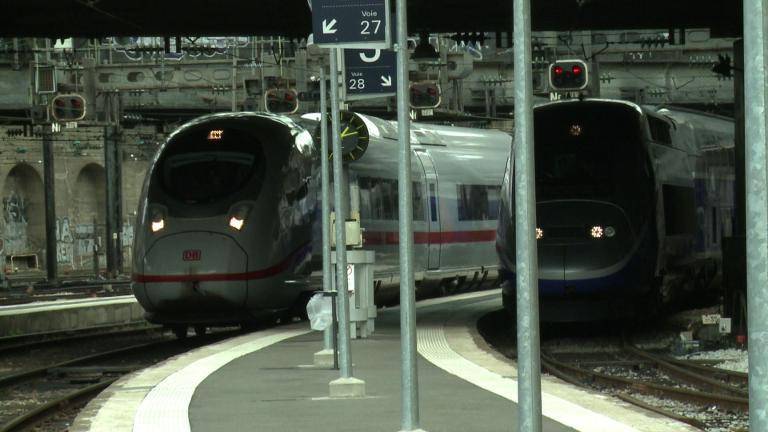 TN Note: A Total Surveillance Society is a key element for implementing Technocracy on a global basis, and terrorism will be the ready excuse to do so. Note that AI, coupled with biometric/facial recognition technology, will do most of the heavy lifting.

Software that monitors suspicious behaviour and luggage could eventually be integrated into 40,000 surveillance cameras across France, a railway firm said Wednesday, as the country tightens security after last month’s deadly Paris attacks.

Public transport authorities are looking to technology to better predict warning signs among passengers in the wake of the shootings and bombings that left 130 people dead.

“We are testing to work out what flags up people with a negative intention, an aggressor, or a groper,” he said, but added what was also being ascertained was the level of “social acceptability” of such software.

Cameras that detect packages left unattended for too long were also under evaluation, Volant said, adding the experiments had the full backing of the law.

Another strand of SNCF’s strategy was the possibility of equipping its staff with wearable cameras to identify fare dodging or suspect behaviour, and in the spring it will launch an app that allows passengers to raise an alert from their smartphones.

A law is also under consideration in France to give SNCF security agents powers to perform security pat-downs and search passengers’ luggage.

France will install security gates at stations in Paris and Lille for the Thalys cross-Europe rail services by December 20 in one of a raft of measures introduced after the Paris attacks, minister Segolene Royal said Tuesday.

A Thalys train from Amsterdam to Paris was attacked by a heavily armed man in August, but he was overpowered by passengers.

The high-speed Thalys service links Paris with Lille in northern France, the Belgian capital, Brussels, Amsterdam in the Netherlands and the western German city of Cologne.

Passengers boarding those trains do not currently have to pass through security checks, unlike for the cross-Channel Eurostar train services to Britain, which have airport-style security.