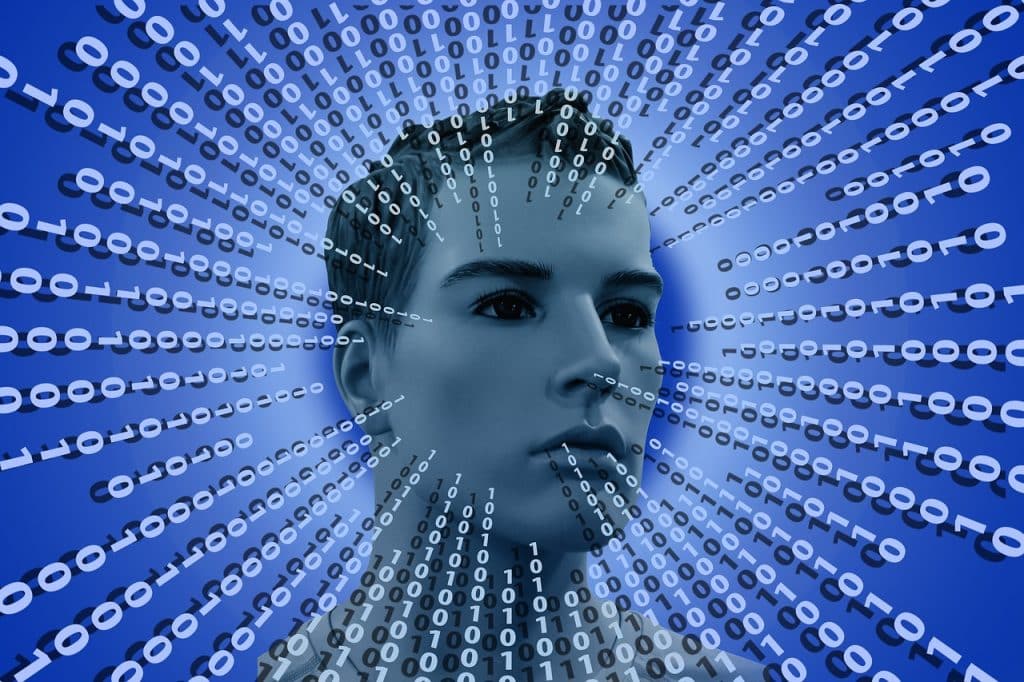 In the past, men have worshiped rocks, wooden and carved images, the sun, the moon, animals and every conceivable thing, so why not worship an AI bot? Wired Magazine wrote “God is a bot, and Anthony Levandowski is his messenger.” To Christians, this is reminiscent of Revelation 13:15.  ⁃ TN Editor

A new religion has been founded:  The Way of the Future. Its purpose, in the words of its registration documents, is to “develop and promote the realization of a Godhead based on Artificial Intelligence.”  The messiah of this new religion is Anthony Levandowski, a key engineer of self-driving cars who is now in big legal trouble for stealing Google secrets on behalf of his employer, Uber.

Or, rather, we human beings, through our technology, are going to create our own God.   Artificial intelligence is currently very limited, but the assumption is that it will keep developing until computers reach the “singularity.”  At that point, they will become more intelligent than human beings and will start acting on their own, for better or worse.  Levandowski’s deity does not yet exist, but it’s only a matter of time and ever-advancing technology.  Here is what John Brandon believes this AI God might be like:

In the next 25 years, AI will evolve to the point where it will know more on an intellectual level than any human. In the next 50 or 100 years, an AI might know more than the entire population of the planet put together. At that point, there are serious questions to ask about whether this AI — which could design and program additional AI programs all on its own, read data from an almost infinite number of data sources, and control almost every connected device on the planet — will somehow rise in status to become more like a god, something that can write its own bible and draw humans to worship it.

But this is nothing new.  Sarah Jones of the New Republic, in discussing this new religion, observes that  Silicon Valley in general is full of religiosity, seeking to conquer death, save humanity, and addressing other religious preoccupations by means of technology. She says, in her article Silicon Valley’s Religious Drive

No matter how far the tech industry advances, its genius minds can’t exorcise their humanity. The belief that we could one day evolve into a new, technologically enhanced species; Peter Thiel’s rumored lust for young blood, which would supposedly help him live forever; cryogenic resurrection—they thinly disguise the same fear of death and desire for salvation that propel religions the world over. In this respect, a divine bot seems less like science fiction and more like an inevitable development, proof of what Samuel Loncar has called “a vibrant religious culture” in the Valley.

Attaining immortality by downloading one’s consciousness into the internet; the coming millennium in which human beings will solve all of their problems when they become one with their machines; the abolition of the flesh when we abandon our bodies to live in a spiritual state within the internet–these are all religious fantasies, though the religion is deeply pagan. 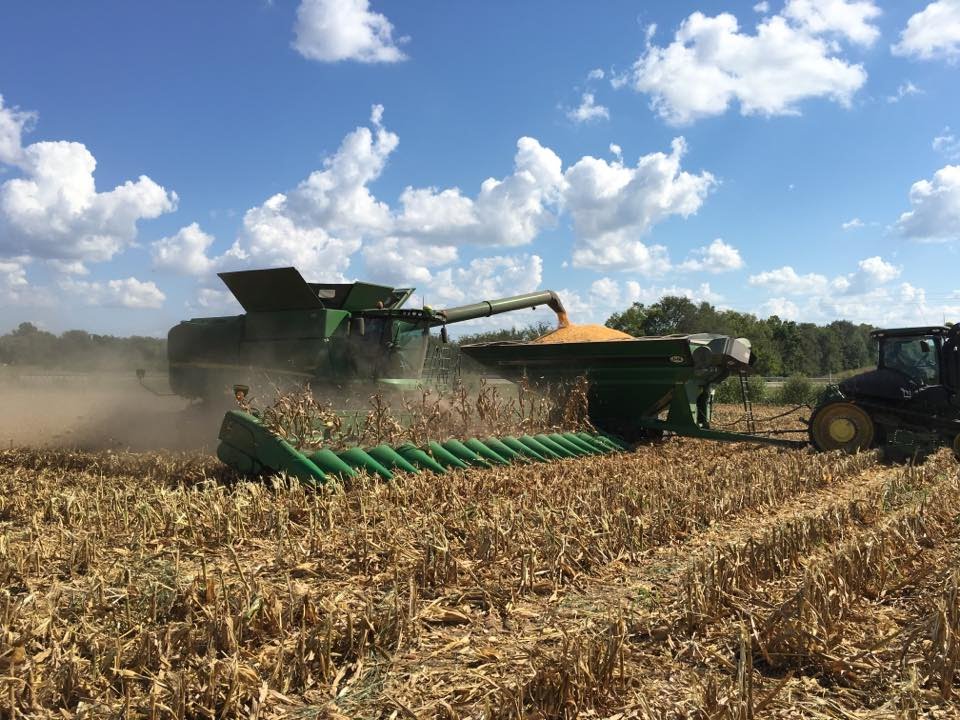 Economic pressure has been on family farms for decades as the UN’s Agenda 21/2030 Agenda policies drive young people away from rural communities into cities. Some UN predictions place urban density as high as 70% of total population by 2040. ⁃ TN Editor

Small family farms have been slowly disappearing for decades and this will likely be the case of Minor‘s Farm in Bristol. Founded in 1864, the 30-acre parcel on Chippens Hill is operated by Paul C. Minor; his wife, Vicki; and father, Paul J. Minor. Mark Minor, the brother of Paul C., separately harvests the hay.

“It’s kind of the end of an era,” said Paul Minor. “I don’t know if this would necessarily be our last year, but if not, I don’t see it happening much longer. With 48 years with fall stuff, I just know I won’t be physically able to continue to do this and it’s not easy to run a farm or stay in business in Connecticut.”

Minor, who graduated from Virginia Tech in 1970, added that the younger generation of the Minor family went to college and have moved out-of-state as have many others, those of different ages, because the cost of living is much lower and the job market is more plentiful.

“All of our kids, mine and my brother Mark’s, have jobs in areas that are booming,” said Minor. “My son is in North Carolina and my daughter is in Virginia. Mark has two girls, one in Virginia and one in Texas.”

Minor, who retired from Southern New England Telephone at age 52 as the director of external affairs, also adds that when he compares what he has to pay for taxes on his house against what others do with much larger homes in other areas, such relocations make sense.

Once a full-fledged farm in earlier decades, Minor’s Farm has basically downsized to its store being open, holding fall activities for children and scheduling his visits with his pig, Daisy, to libraries across the country to promote reading.

“We only grow hay and our pumpkins and things are purchased outside,” said Minor. “We have had different mission statements through the years and this is “Making family fun and memories is what we do best.”

That’s giving the children of today who visit a chance to see what their older generations of family members had experienced on either a daily or routine basis in growing up and as adults.

The visiting kids ride the Minors’ train, and purchase pumpkins and candy and other items in the farm store. These children appear at the farm on field trips or with family members to also witness the old barns, the large open fields and the overall ambience of old New England past. 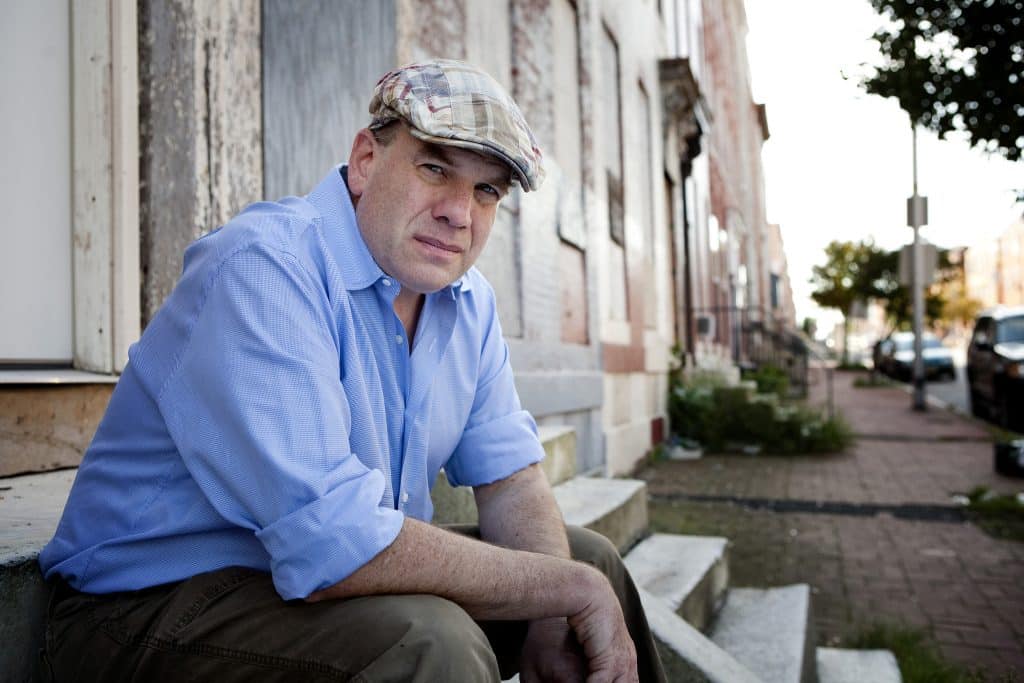 The Death Of Work: More Calls For Universal Basic Income

The concept of UBI is as fantastical as the notion that it’s OK to create a new class of unemployables by displacing them with robotic counterparts. It isn’t OK, and it will create a horrific Scientific Dictatorship. However, this is the mind of a Technocrat and the goal of Technocracy. Calls for UBI will not go away until people begin to confront these issues head-on. ⁃ TN Editor

David Simon, creator of the popular HBO series “The Wire,” and most recently “The Deuce,” has voiced his support for a system of wealth distribution known as universal basic income, in which every citizen receives a regular sum of money just for being alive.

“I think we’ve reached the point in terms of the death of work, and where we’re going in society and automation, that we should already be guaranteeing people a basic income,” Simon recently told New Yorker editor David Remnick on The New Yorker Radio Hour podcast.

Simon’s body of work, which includes news articles, books, and TV shows, has focused extensively on the nature of American labor. “The Wire” centered on the drug trade in Baltimore, Maryland in the early 2000s. “The Deuce,” currently in its first season, explores prostitution in New York City in the early 1970s.

In his podcast interview, Simon pointed to the threat of robotic automation as grounds for implementing basic income. Economists have issued numerous forecasts that predict huge swaths of the American workforce, perhaps as much as 50%, could lose their job over the next 20 years to highly intelligent software and factory robots.

Advocates of basic income say redistributing the wealth produced by those efficient systems — in effect, something akin to a dividend — would give people the means to avoid menial work and still live above the poverty line.

Basic income would be “an incredible boon to the country, and it would honestly take into account that we don’t need as many Americans to run this economy as we once did,” Simon said.

Critics of basic income tend to voice two big concerns about the system: that giving people free money will sap the drive to work out of potential employees, and that people (especially those in poverty) will spend the money on bad habits.

Simon disagreed, arguing that families who receive between $20,000 and $40,000 a year, depending on the size of the basic income payments, would actually boost the country’s prosperity.