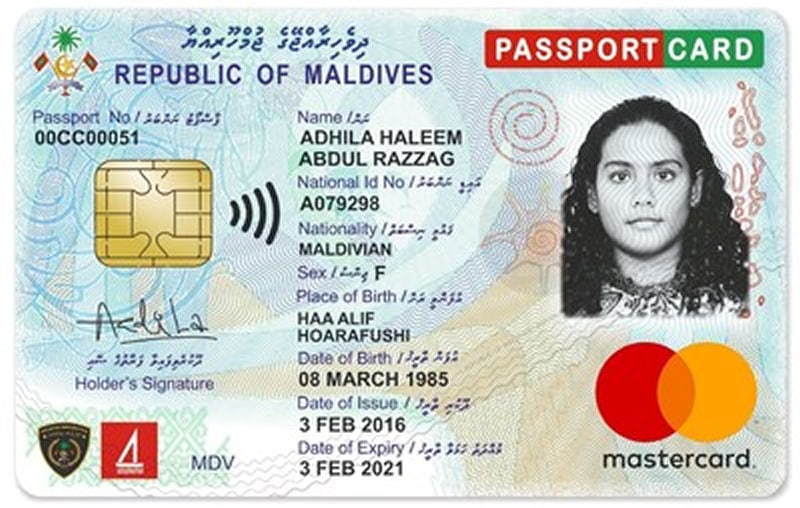 The Most Comprehensive Universal ID Card In The World

Technocracy requires permanent, universal and unique identification of every person from birth up, and Germany’s DERMALOG is leading the technology curve. The standard rationale for universal ID is that it prevents multiple identifications, fraud and convenience from having to carry multiple cards. ⁃ TN Editor

The Maldives are known for their nice beaches and wonderful holiday resorts on many islands. Now the Maldives have also become a place of innovation. Maldives Immigration has just introduced a new, very innovative type of ID card: It can be used for payments, but also serves as a national ID card, as a driver´s license as well as a health card and insurance card. Last but not least it is also used like a passport for easy travelling. This is why the new card is called “Passport Card”. The innovative card and system was developed by Maldives Immigration, together with DERMALOG from Germany as the technology provider.

Citizens of the Maldives do not need to carry many cards around anymore. The famous islands are becoming a country where one single card serves for everything which matters, starting from payment up do driving, health, insurance, travelling and many more different applications. The new card is a so called “multi-purpose-card” which is very special in many ways.

Today most bank cards have a durability of maximum 3 years. The new card of the Maldives is the world´s first bank card which is made of Polycarbonate material that can last up to 10 years. Furthermore it contains a unique combination of a called dual-interface chip for contactless and contact card reading. The new card is certified by the Bank of Maldives as well as by MasterCard, allowing the card to be used internationally like any other MasterCard.

What makes the cards more secure than any other payment card are the additional passport security features, which no bank card provides. This additional features allow the Maldives “Passport Card” to be used like a regular passport and works already at all borders of the Maldives, including the new electronic gates. The “Passport Card” is fully confirming to all international standards of a modern passport.

But the innovative Maldives card can also be used as a driver´s license, health card or insurance card. The Controller General of Maldives Immigration, Mr. Mohamed Anwar says: “The door is open for many other government departments and private companies to use our new Passport Card in future. Research and development for the new card and it´s system has been done in close cooperation with the German company DERMALOG, which is also known for it´s innovative biometric systems.” Gunther Mull, the CEO of DERMALOG, adds: “This is why the cards also contain 10 fingerprints for secure verification. Together with Maldives Immigration we are very proud about this very innovative and secure biometric card and system.”

In future the Maldives might not only be known for of it´s wonderful beaches, but also as a place where the future already starts today. 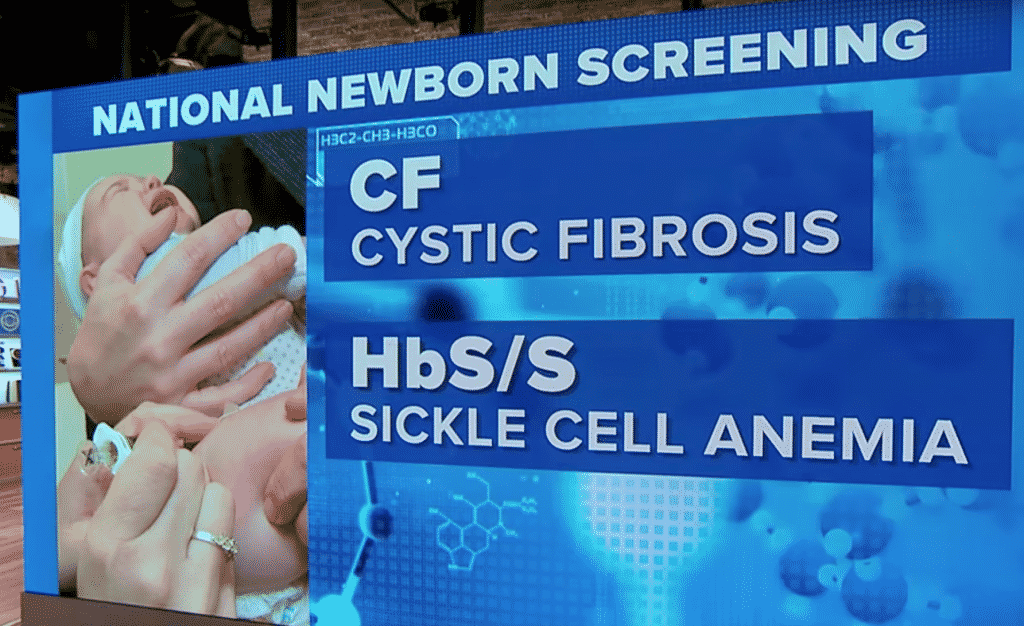 Technocrats are way overconfident in their ability to see the future, and geneticists have barely scratched the surface in understanding the human genome. In the meantime, they have little concern about risking the future lives of newborns. If you cannot figure this out, just consider what insurance and drug companies will do with such information. Parents must forcefully reject any notion of DNA scanning for their newborns. ⁃ TN Editor

Doctors at Brigham and Women’s Hospital are offering new parents a landmark genetic scan that screens newborns for around 1,800 conditions. But most parents are declining the controversial test.

The trial allows newborns to be tested before showing symptoms of diseases, including some cancers.

Robert Green, medical geneticist at Harvard and co-director of the BabySeq Project along with Alan Beggs, told CBS This Morning the scan could “absolutely” save a child’s life in the future.

But as Green told CBS This Morning, there are also drawbacks to the program.

“I would have to say I’m not 100 percent comfortable with it. What we’re really trying to do in this study is ask the question, ‘How beneficial or harmful is it to go down this road?’” Green said.

Some of the potential risks include breaches of privacy and genetic discrimination.

Lauren Stetson and her husband Kyle opted to have their daughter Cora undergo the scan when she was born.

Doctors found a partial biotinidase deficiency, something that Cora showed no symptoms of. If the test had not uncovered the deficiency, it could have caused a permanent drop in her IQ.

“It’s a pretty insane thing to think about,” Stetson told CBS This Morning.

Because the test revealed Cora’s deficiency, she is able to be treated using a daily vitamin that gets mixed into her yogurt.

Green, however, says so far about 9 of 10 families have declined the test. 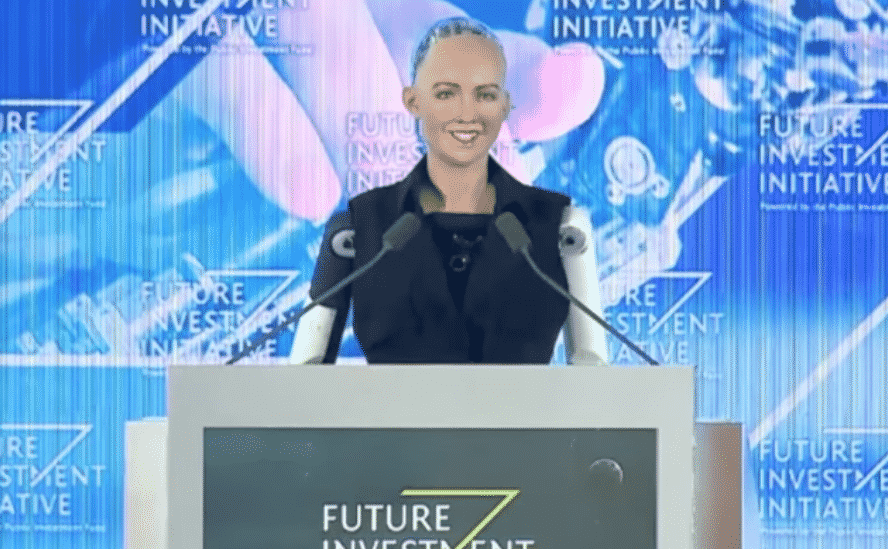 Saudi Arabia First Nation To Grant Citizenship To A Robot

Sophia smiled at them and they collectively swooned as the delusion of AI hardened; however, she apparently wasn’t required to wear a burka. The Saudi’s plan on using robots extensively in the building of their new city,  Neom. ⁃ TN Editor

A humanoid robot took the stage at the Future Investment Initiative yesterday and had an amusing exchange with the host to the delight of hundreds of delegates.

Smartphones were held aloft as Sophia, a robot designed by Hong Kong company Hanson Robotics, gave a presentation that demonstrated her capacity for human expression.

Sophia made global headlines when she was granted Saudi citizenship, making the kingdom the first country in the world to offer its citizenship to a robot.

“I want to live and work with humans so I need to express the emotions to understand humans and build trust with people,” she said in an exchange with moderator Andrew Ross Sorkin.

Asked whether robots can be self-aware, conscious and know they’re robots, she said: “Well let me ask you this back, how do you know you are human?” “I want to use my artificial intelligence to help humans live a better life, like design smarter homes, build better cities of the future. I will do my best to make the world a better place,” she said.

Her desire to achieve more human-like characteristics was rewarded by being granted the first Saudi citizenship for a robot.

“I am very honored and proud for this unique distinction. This is historical to be the first robot in the world to be recognized with a citizenship,” Sophia said.

A panel made up of experts from some of the world’s leading companies and research institutions discussed the scope for innovations in artificial intelligence (AI), robotics, quantum computing, machine learning and mixed reality to yield the next generation of products and services, paving the way for productivity and progress in emerging economies. The session, called “Thinking machines: Summit on artificial intelligence and robotics,” explored the potential uplift for businesses that harness AI and robotic technologies.

Marc Raibert, Founder & CEO of Boston Dynamics, pinpointed entertainment, security, emergency response and construction as just a few of the sectors that stand to be revolutionized by robotics.