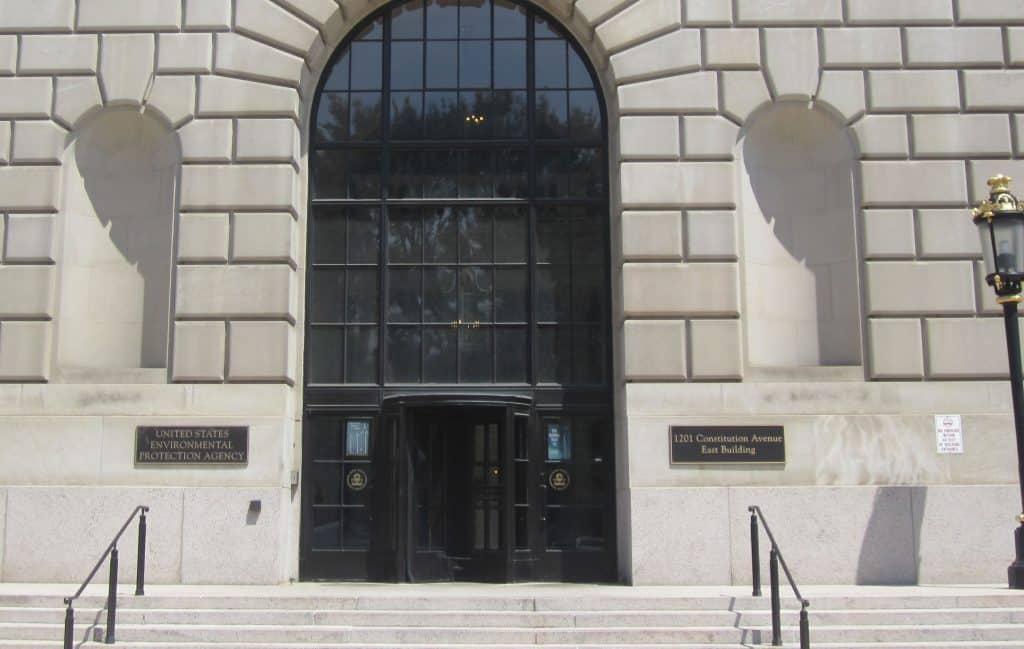 The EPA’s new bias against Global Warming and Obama’s Clean Energy plan has angered Technocrats who are pushing for control over all energy. In this report, a New York Times reporter is interviewed by NPR to jointly bash industry and the new direction of the EPA. ⁃ TN Editor

This week, without explanation, the Environmental Protection Agency canceled the speaking appearances of three EPA scientists who were scheduled to talk at a conference about climate change. In another development, the agency is backing away from a congressionally mandated review of asbestos and other toxins. These are the latest developments in EPA Administrator Scott Pruitt’s drive to shift his agency’s focus, which critics say amounts to gutting the mission of environmental protection. Lisa Friedman covers energy and environment policy for The New York Times. Thanks for coming in.

LISA FRIEDMAN: Thank you for having me.

BLOCK: And let’s start with the cancellation this past week of the EPA scientists’ speeches on climate change. One of them was to have been the keynote address. Is this emblematic of a policy shift on climate change within the EPA?

FRIEDMAN: It’s certainly emblematic of a rhetorical shift. Over the past several months, we’ve seen the EPA overhaul their website and replace climate pages without the word climate change. The EPA recently came out with a strategic plan for the next four years – doesn’t mention the word climate change at all. So the phrase and thinking about how to approach climate change is verboten at EPA.

BLOCK: Has the administration proposed anything new that would replace it?

FRIEDMAN: No, though they say that’s coming. You know, I think it’s important to be clear that the clean power plan has not yet ended. There’s a whole process for rolling it back. And that process really just started. The administration has said that they are going to solicit information about what a proposed new rule could look like. And, interestingly, industry has said that they want to see a replacement. Obviously, what they have in mind is a much more narrow and modest way of reining in emissions. But they have told the EPA they would like to see something.

BLOCK: There are a number of top EPA officials now who came to the agency directly from working with the oil or chemical industries. How is their influence being felt? Because critics say this shows that the EPA is now in the pocket of industry. 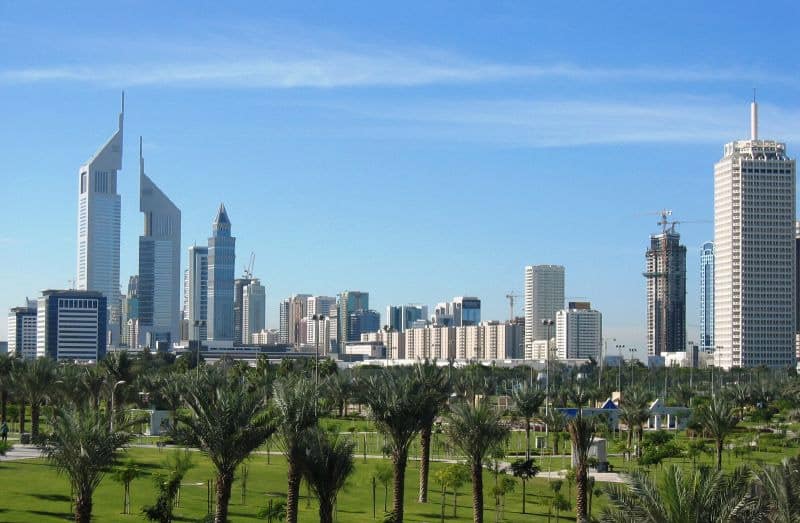 Dubai Vs. Smart City – The Future Of Happiness?

Technocrats claim that convenience makes you happy, and in Dubai, its Smart City technology makes everything convenient. However, Dubai is an Islamic dictatorship, where creating a Smart City bypasses all direct input from citizens who must live under it. Scientific Dictatorship promises the moon, but the realization of it will be a dark moon rising, indeed. ⁃ TN Editor

Every day Dubai is one step closer to becoming a fully-fledged smart city, as an increasing number of devices become connected, and as governments continue to implement projects with services that strip away the old ways of getting things done. Our lives are becoming more intertwined with smart solutions that save us time and effort on administrative tasks, allowing us to focus on things that make us happy. It’s no surprise then that the smarter a city is, the happier its residents are.

Over the last decade we have experienced the proliferation of digital connectivity and the Internet of Things (IoT), both of which have given smart cities a whole new meaning, creating endless possibilities for citizens to lead more convenient lives. According to research firm IHS Technology, smartphones and tablets make up more than 80% of connected devices in the Middle East and Africa and their adoption is set to grow from 133 million devices in 2014 to 598 million in 2018, a huge increase in only four years!

Gulf nations have gained increased visibility in the development of smart cities globally, with Dubai emerging as the leading smart city in the region. The Emirate has made great strides in the short period of roughly a decade since the launch of its eGovernment in 1999.

The smart city is a new playing field where authorities are able to link individuals to public organisations through electronic and mobile governments. Smart cities enable the transformation of public services and in turn enhance the convenience for citizens. One of the most important outcomes of cities going smart is that digitisation of governments, which enables the provision of services to a wide geographical coverage of the population in a citizen-friendly manner. eGovernment and mGovernment services make services more seamless and accessible to the public – especially citizens who are isolated or have reduced mobility. Although citizens have always been players in the system, with digital technology they are now the focal point and have the means to be involved and take control. Consequently, smart governments make life easier and citizen-centric, and residents will be appreciative that authorities do not ask for data which they already have in their possession; that personal data are under the control of citizens to ensure transparency and privacy; and that they can access public services 24/7.

Shaped by the vision of His Highness Sheikh Mohammed bin Rashid al Maktoum, Vice-President and Prime Minister of the UAE and ruler of Dubai, the Smart Dubai initiative is based on the notion that cities should be designed in a way to maximize the happiness of its residents and visitors by embracing technology innovation. This initiative is transforming the Emirate into a smart city, and over the past three years Dubai has launched an impressive 121 smart initiatives and 1,129 smart services.

For example, app-based solutions such as DubaiNow’s one-tap bill payment makes payments easier, while infrastructure enhancements such as the Smart Grid by the Dubai Water and Electricity Authority leads to energy and cost savings. Smart parking services from Roads and Transport Authority save commuter’s time and additionally the RTA’s Nol Card allows users to pay for taxi, bus and metro fares with ease. Furthermore, Dubai residents can simply scan their Emirates ID cards at airport eGates for easy passage when travelling instead of having to queue up at immigration.

More recently in April, His Highness Sheikh Hamdan bin Mohammed bin Rashid Al Maktoum, Crown Prince of Dubai and Chairman of the Dubai Executive Council launched the next phase in Dubai’s smart transformation which aims to make Dubai’s Government entirely paperless by 2021. Building on the Emirate’s many achievements to-date, the Dubai Government plans to continue deploying and integrating technology into its services to make residents and visitors happy.

As Dubai’s population is projected to double over the next 14 years, reaching five million by 2030, an efficient and frictionless city is essential for a thriving future and explains why being a smart city is high on the national agenda. Seeing that enhanced services make life more streamlined and in turn easier, safer and more impactful for everyone, smart technology is the ultimate tool to maximise happiness — where we can spend time doing things we love, ultimately resulting in increased happiness.

That said, the convenience of smart cities brings risks, as data security and privacy become a concern. Trust and security are key factors that must be woven into the fabric of smart cities for residents and visitors to be able to reap the full benefits. Smart government and public solutions, such as the ones already employed in Dubai only work when we trust those who design the technologies and services we rely on to keep our data and identities safe.

Security therefore must be kept in the forefront of everyone’s minds if smart cities are truly to bring long-term happiness. There are three pillars that both the private sector and government partners must keep in mind if they wish to work towards achieving the full potential of Dubai Smart City initiative: 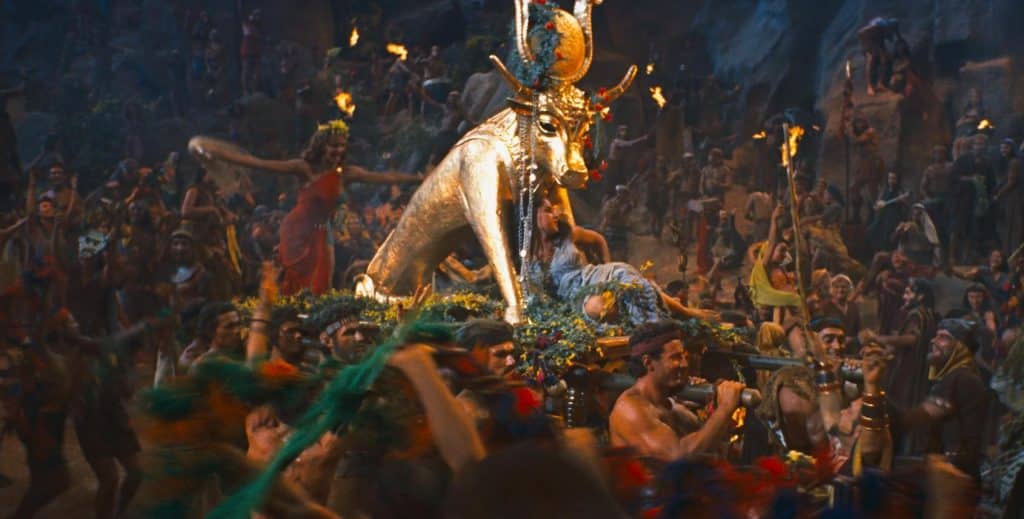 The New Religions Obsessed with AI

Over the millennia, mankind has worshipped the sun, molten and carved idols, other men, animals and rocks; now, AI enters as the latest contender for man’s worshipful attention, and it’s growing in stature.  ⁃ TN Editor

What has improved American lives most in the last 50 years? According to a Pew Research study reported this month, it’s not civil rights (10 percent) or politics (2 percent): it’s technology (42 percent).

And yet, according to other studies, most Americans are wary of technology, especially in areas of automation (72 percent), or robotic caregivers (59 percent), or riding in driverless vehicles (56 percent), and even in using brain chip implants to augment the capabilities of healthy people (69 percent).

Science fiction, however, is quickly becoming science fact—the future is the machine. This is leading many to argue that we need to anticipate the ethical questions now, rather than when it is too late. And increasingly, those taking up these challenges are religious and spiritual.

How far should we integrate human physiology with technology? What do we do with self-aware androids—like Blade Runner’s replicants—and self-aware supercomputers? Or the merging of our brains with them? If Ray Kurzweil’s famous singularity—a future in which the exponential growth of technology turns into a runaway train—becomes a reality, does religion have something to offer in response?

On the one hand, new religions can emerge from technology.

In Sweden, for example, Kopimism is a recognized faith founded over a decade ago with branches internationally. It began on a “pirate Agency Forum” and is derived from the words “copy me.” They have no views on the supernatural or gods. Rather, Kopimism celebrates the biological drive (e.g. DNA) to copy and be copied. Like digital monks, they believe that “copying of information” and “dissemination of information is ethically right.”

“Copying is fundamental to life,” says their U.S. branch, “and runs constantly all around us. Shared information provides new perspectives and generate new life. We feel a spiritual connection to the created file.”

Other emerging tech-connected faiths, however, embrace the more grandiose.

A recent revelation from WIRED shows that Anthony Levandowski, an engineer who helped pioneer the self-driving car at Waymo (a subsidiary of Google’s parent company, Alphabet) founded his own AI-based religion called “Way of the Future.” (Levandowski is accused of stealing trade secrets and is the focus of a lawsuit between Waymo and Uber, which revealed the nonprofit registration of Way of the Future.)

Little is known about Way of the Future and Levandowksi has not returned a request for comment. But according to WIRED, the mission of the new religion is to “develop and promote the realization of a Godhead based on Artificial Intelligence,” and “through understanding and worship of the Godhead, [to] contribute to the betterment of society.”

It is not a stretch to say that a powerful AI—whose expanse of knowledge and control may feel nearly omniscient and all-powerful—could feel divine to some. It recalls Arthur C. Clarke’s third law: “Any sufficiently advanced technology is indistinguishable from magic.” People have followed new religions for far less and, even if AI doesn’t pray to electric deities, some humans likely will.