When natural gas burns, it produces only C02 and water and is the cleanest of any hydrocarbon fuel. The city of Berkeley wrongly believes that C02 is a pollutant gas and therefore harms the environment. ⁃ TN Editor

The natural gas ban does not apply to new industrial or commercial buildings, as the California Energy Commission (CEC) has not yet proven that it is cost-effective or plausible to make such buildings all-electric. “We’re doing this on a rolling basis as the CEC finds these things to be effective,” said Councilwoman Kate Harrison, who sponsored the bill. The law also does not apply to renovations.

The bill received unanimous public support during the city council meeting, particularly in comments from PG&E and Sierra Club, and members of the community. The Natural Resources Defense Council (NRDC) also praised the move in a statement, noting, “cities are leading the way to a clean energy future, providing hope and optimism in the face of increasingly dire climate disruption.”

During a city council presentation called, “Meeting the Climate Challenge in New Buildings,” Harrison outlined the impact green buildings have on local climate efforts. She noted natural gas is responsible for 27% of Berkeley’s overall greenhouse gas (GHG) emissions and 73% of the city’s building sector GHGs. The city is also under pressure from a statewide goal to reduce GHG emissions from building stock by 40% below 1990 levels by 2030.

“Every new building that we build in Berkeley locks in greenhouse gases for 100-plus years,” she said, noting methane leaks and other obstacles can increase the problem.

Harrison assured costs of electrification will be favorable for the city in the long-term. In a 2018 report, the Rocky Mountain Institute found, “electrification of space and water heating and air conditioning reduces the homeowner’s costs over the lifetime of the appliances when compared with performing the same functions with fossil fuels.” Harrison also said PG&E will have significant increases in gas prices by 2020, which will be offset to customers. 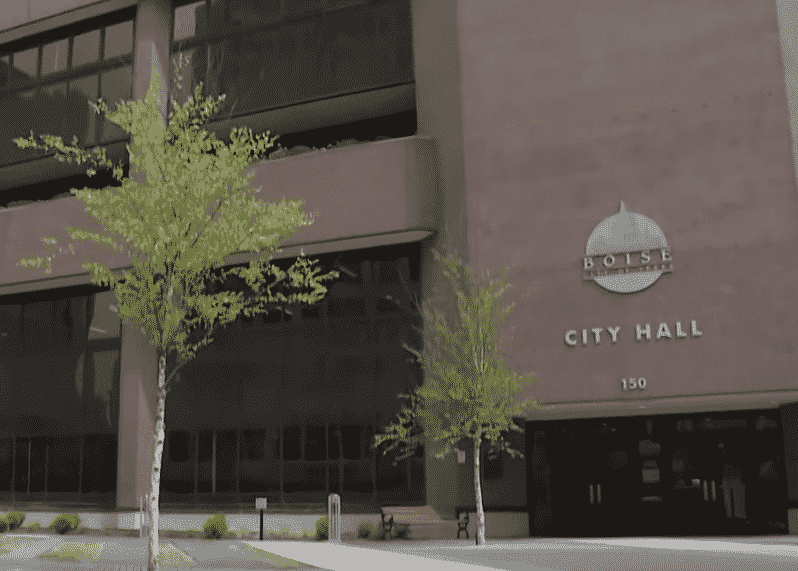 Boise City Hall will use cameras and AI to identify anyone who has been banned from entry. This most certainly violates the First Amendment right “to petition the Government for a redress of grievances.” ⁃ TN Editor

Local governments and private corporations are using facial recognition to secretly blacklist people, despite having no valid reason to do so.

A recent article in the Idaho Statesman and in the video above, prove that local governments are using facial recognition to ban residents from accessing city-owned buildings.

The Boise city council claimed that they need facial recognition cameras to protect public employees from disgruntled or unwelcome residents.

Wow, there must be a lot of disgruntled or unhappy residents for the city council to justify putting facial recognition cameras in Boise City Hall and City Hall West, right?

Would you believe both city halls have banned just one single resident because he opposed using city funds to pay for an NBA developmental league team.

His ban apparently did not last very long, because Mike Journee a spokeman for Mayor David Bieter said, “no one is currently banned from City Hall.”

So if no one is currently banned from City Hall why install facial recognition cameras? Could the government use facial recognition to quell dissent? How many people will refuse to complain or speak out because law enforcement could use it to identify them?

The Statesman revealed that “the technology would be used to identify people who are banned from City Hall for any reason.”

To create secret blacklists and quell dissent of course.

Everyone should take notice when the mass-media admits what I have been saying for years: facial recognition is being used to blacklist people for any reason.

It is time to face facts, the Feds and law enforcement are secretly using facial recognition to track and identify anyone of interest. 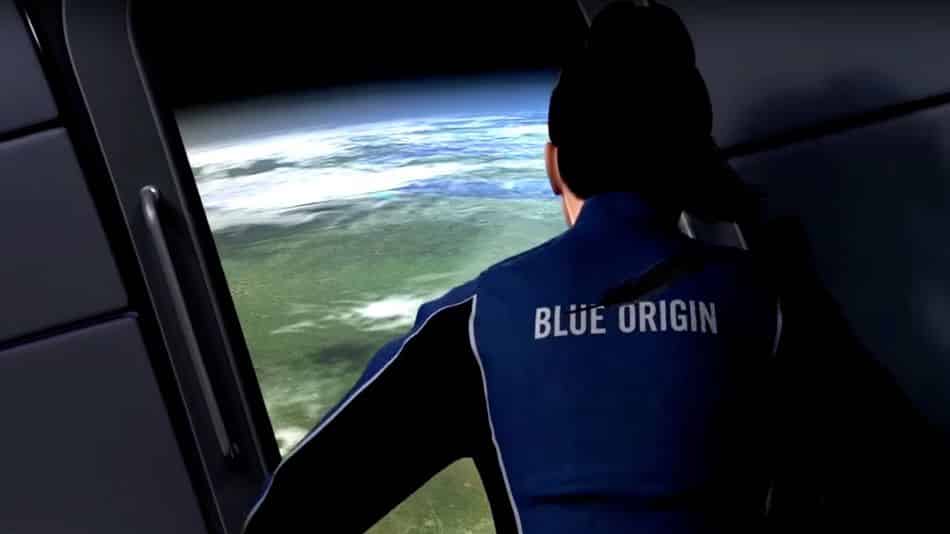 Bezos: Spends Billions On Space Because ‘We’re Destroying The Planet’

Amazon boss Jeff Bezos is the richest person in the world with a current net worth of $125 billion, according to the Bloomberg Billionaire Index. And he’s investing much of his Amazon fortune in the development of space technologies through his aerospace company Blue Origin.

Bezos — who says “you don’t choose your passions, your passions choose you” — became fascinated with space when he was a child watching astronauts Buzz Aldrin and Neil Armstrong land on the moon, he tells O’Donnell.

Further, developing space technologies is critical for human beings to have a long future, Bezos says.

“We humans have to go to space if we are going to continue to have a thriving civilization,” Bezos says. “We have become big as a population, as a species, and this planet is relatively small. We see it in things like climate change and pollution and heavy industry. We are in the process of destroying this planet. And we have sent robotic probes to every planet in the solar system — this is the good one. So, we have to preserve this planet.”

To do that will require being able to live and work in space, says Bezos.

“We send things up into space, but they are all made on Earth. Eventually it will be much cheaper and simpler to make really complicated things, like microprocessors and everything, in space and then send those highly complex manufactured objects back down to earth, so that we don’t have the big factories and pollution generating industries that make those things now on Earth,” Bezos says. “And Earth can be zoned residential.”

It will be “multiple generations” and “hundreds of years” before this is a reality, Bezos said on CBS, but with Blue Origin he is working to develop the technology that will make it possible.

People will be able to live in space (in self-sufficient space structures) if they so choose, Bezos says.

Astronaut John Glenn, the first American to orbit the Earth, wrote Bezos a letter in 2016 saying the work Bezos was doing would eventually make space travel as common as air travel.

“He wrote me the most beautiful letter just a few days before he passed away and I have it framed in my office and it is very meaningful to me,” Bezos says. Glenn said in that letter he saw a future when we will board spacecraft like jetliners, and “when that happens, it will largely be because of your epic achievements.”

“I think that is entirely believable,” Bezos says. “If you went back in time a hundred years and told people today that you would be able to buy a ticket and fly across the world on a jetliner, they would have thought you were crazy. But that’s the kind of change that can happen in just 100 years or less.”