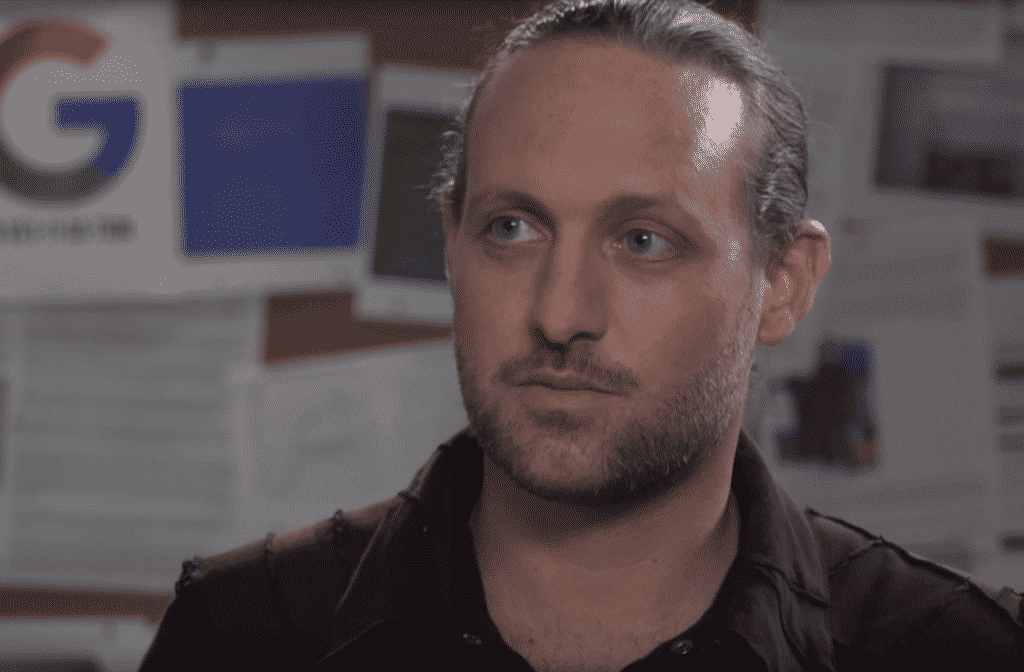 The Whistleblower Who Exposed Google’s Deep Conspiracy To Overthrow The U.S. Government

Zachary Vorhies discovered the pure evil intent of Google when he realized that it intended to overthrow the U.S. government. He put his career on the line to expose hundreds of internal Google documents. ⁃ TN Editor

A Google insider who anonymously leaked internal documents to Project Veritas made the decision to go public in an on-the-record video interview. The insider, Zachary Vorhies, decided to go public after receiving a letter from Google, and after he says Google allegedly called the police to perform a “wellness check” on him.

Along with the interview, Vorhies asked Project Veritas to publish more of the internal Google documents he had previously leaked. Said Vorhies:

“I gave the documents to Project Veritas, I had been collecting the documents for over a year. And the reason why I collected these documents was because I saw something dark and nefarious going on with the company and I realized that there were going to not only tamper with the elections, but use that tampering with the elections to essentially overthrow the United States.”

“These documents were available to every single employee within the company that was full-time. And so as a fulltime employee at the company, I just searched for some keywords and these documents started to pop up. And so once I started finding one document and started finding keywords for other documents and I would enter that in and continue this cycle until I had a treasure trove and archive of documents that clearly spelled out the system, what they’re attempting to do in very clear language.”

Shortly after the report including the “algorithmic unfairness” documents was published, Vorhies received a letter from Google containing several “demands.” Vorhies told Project Veritas that he complied with Google’s demands, which included a request for any internal Google documents he may have personally retained. Vorhies also said he sent those documents to the Department of Justice Antitrust Division.

After having been identified by an anonymous account (which Vorhies believes belongs to a Google employee,) on social media as a “leaker,” Vorhies was approached by law enforcement at his residence in California. According to Vorhies, San Francisco police received a call from Google which prompted a “wellness check.”

Project Veritas has released hundreds of internal Google documents leaked by Vorhies. Among those documents is a file called “news black list site for google now.” The document, according to Vorhies, is a “black list,” which restricts certain websites from appearing on news feeds for an Android Google product. The list includes conservative and progressive websites, such as newsbusters.org and mediamatters.org. The document says that some sites are listed with or because of a “high user block rate.” 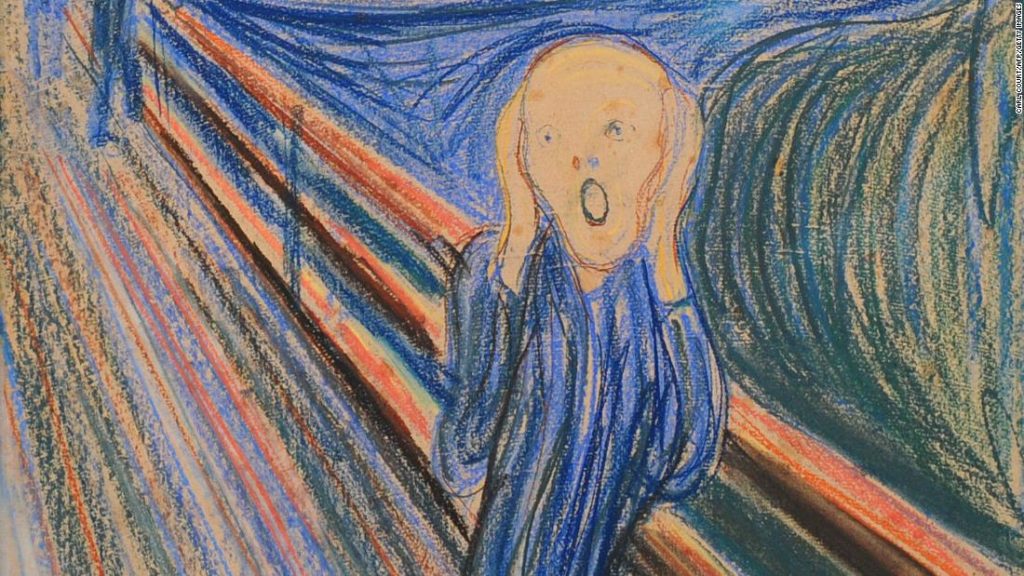 Amazon said this week its facial recognition software can detect a person’s fear.

Rekognition is one of many Amazon Web Services (AWS) cloud services available for developers. It can be used for facial analysis or sentiment analysis, which identifies different expressions and predicts emotions from images of people’s faces. The service uses artificial intelligence to “learn” from the reams of data it processes.

The tech giant revealed updates to the controversial tool on Monday that include improving the accuracy and functionality of its face analysis features such as identifying gender, emotions and age range.

“With this release, we have further improved the accuracy of gender identification,” Amazon said in a blog post. “In addition, we have improved accuracy for emotion detection (for all 7 emotions: ‘Happy’, ‘Sad’, ‘Angry’, ‘Surprised’, ‘Disgusted’, ‘Calm’ and ‘Confused’) and added a new emotion: ‘Fear.’”

Artificial intelligence researchers have invested plenty of resources to try and read a person’s emotions by analyzing their facial features, movements, voice and more. Some tech companies involved in the space include Microsoft, Affectiva and Kairos.

But some experts have pointed out that, while there is scientific evidence suggesting there are correlations between facial expressions and emotions, the way people communicate major emotions varies across cultures and situations. Sometimes, similar types of facial movements can express more than one category of emotions, and so researchers have warned “it is not possible to confidently infer happiness from a smile, anger from a scowl, or sadness from a frown, as much of current technology tries to do when applying what are mistakenly believed to be scientific facts.”

The availability of facial recognition technology has also raised concerns about its potential use in surveillance and for the possibility that it could intrude on privacy. 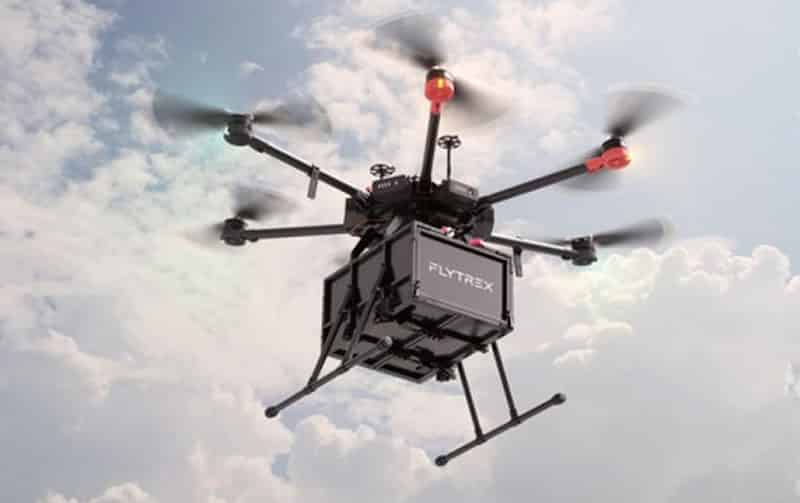 Technocrats who would gladly replace human delivery drivers with drones are populating the skies with noisy and intrusive drones. Convenience aside, people will consider them a massive nuisance.  ⁃ TN Editor

The team will deliver food via drone in Holly Springs, NC, as part of the FAA’s UAS Integration Pilot Program (IPP) program in partnership with the North Carolina Department of Transportation (NCDOT) and the Town of Holly Springs.

The drones will travel along a single fixed route from a distribution center to an outdoor recreational area over mostly unpopulated areas, though the route does cross a highway. The FAA approved this route. Flytrex drones have been delivering food in Iceland in partnership with a local e-commerce site since 2017.

With this plan, drones are beginning to show similarities to other introductions of autonomous vehicles into supply chains. Repeated fixed routes, or “milk runs,” are quickly becoming a hallmark of early autonomous vehicle applications. Walmart, for one, is moving groceries between a Walmart grocery pickup location and a Walmart Neighborhood Market, in Bentonville, AR, via autonomous van.

Fixed routes substantially decrease the variables the vehicle may encounter, and in the case of the North Carolina flight plan, minimizes the number of people the drone will fly over. Another player looking to deliver food via drone is Uber Eats.