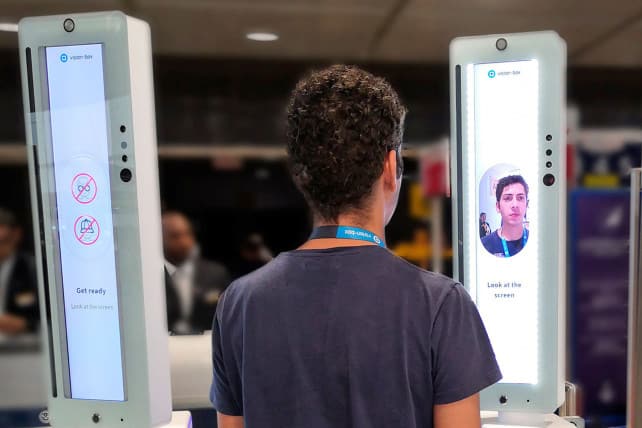 The Intelligence community went rogue years ago and is racing to slam the trap of digital slavery on America. There is zero pushback or effective safeguards on facial recognition technology. ⁃ TN Editor

Lufthansa has deployed the paperless, high-tech boarding process – which uses facial recognition technology to verify travelers with a photo capture — at its largest US gateway at the Queens airport.

“It’s become crucial for airports and airlines to adopt biometric capabilities along the processes which require interaction with the traveler, therefore enhancing and scaling operational capacity for growing quicker within their existing footprint,” said Miguel Leitmann, the CEO and founder of Vision-Box, which brought the new boarding method to Terminal 1 through a partnership with US Customs and Border Protection and Terminal One Group Association.

The digital boarding process validates the eligibility of a traveler without having to present a passport or boarding pass.

When a passenger approaches a self-boarding gate, a biometric-enabled camera integrated in the gate captures the passenger’s facial image.

That image is then securely sent to US Customs’ Traveler Verification Service, which “conducts a matching process with the stored digital facial token captured at the initial immigration process or from the US passport,” according to Vision-Box.

“Within seconds the system reconciles the passenger identity and his eligibility to enter the flight. The positive match of both verification’s triggers to open the eGate doors and the passenger can board the airplane.” 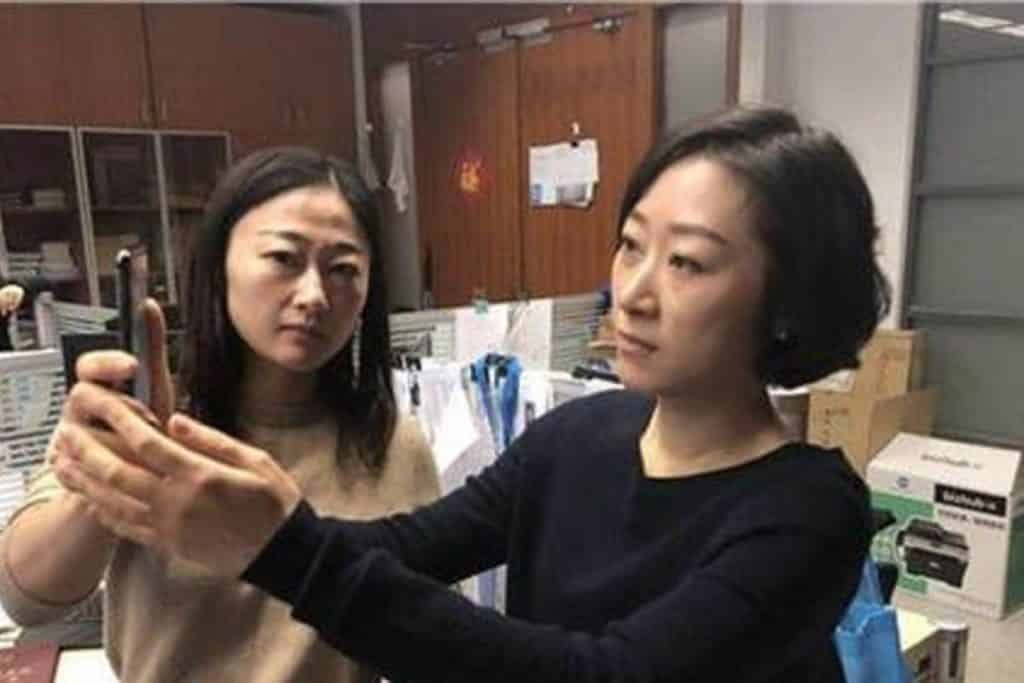 China has applied the “no person left behind” mentality to its all-controlling Social Engineering: It will now be illegal to get access to the Internet without having your face scanned into the national database. ⁃ TN Editor

The Chinese regime announced a new rule which requires residents to pass a facial recognition test in order to apply for an internet connection via smartphone or computer.

The rule will be implemented from Dec. 1, 2019. In addition, no cell phone or landline number can be transferred to another person privately.

This is an upgraded restriction after the Chinese Ministry of Industry and Information Technology (MIIT) required all applicants to present a valid ID and personal information to register for a cell phone or a landline number since January 2015.

MIIT published the new rule on its official website and distributed it to all telecom carriers on Sept. 27, which includes three main requests.

First, all telecom carriers must use facial recognition to test whether an applicant who applies for internet connection is the owner of the ID that they use since Dec. 1. At the same time, the carriers must test that the ID is genuine and valid.

Second, all telecom carriers must upgrade their service’s terms and conditions and notify all their customers that they are not allowed to transfer or resell their cell phone SIM card to another person by the end of November 2019.

Third, telecom carriers should help their customers to check whether there are cell phone or landline numbers that don’t belong to them but registered under their names since Dec. 1. For unidentified numbers, the telecom carries must investigate and close the lines immediately.

MIIT said in the notice that it will arrange for supervisors to check each telecom carrier’s performance, and will arrange inspections to make sure all carriers will follow the rule strictly.

“The reason why the Chinese regime asks people to register their real identities to surf the internet is because it wants to control people’s speech,” U.S.-based commentator Tang Jingyuan told The Epoch Times on Sept. 27.

Authorities arrested hundreds of Chinese people in recent years because they posted a topic that the regime deemed sensitive, including the most recent Hong Kong protests.

“MIIT’s new rule on using facial recognition to identify an internet user means the government can easily track their online activities, including their social media posts and websites they visit,” Tang said.“Then these people become scared of sharing their real opinions online because their comments could anger the authorities and they could get arrested for it.”

In cities and public spaces such as train stations, airports, government buildings, and entrances of museums, police use smart glasses to check each passerby’s identity and whether they have a criminal record.

On the streets, millions of surveillance cameras capture and track people’s movements. 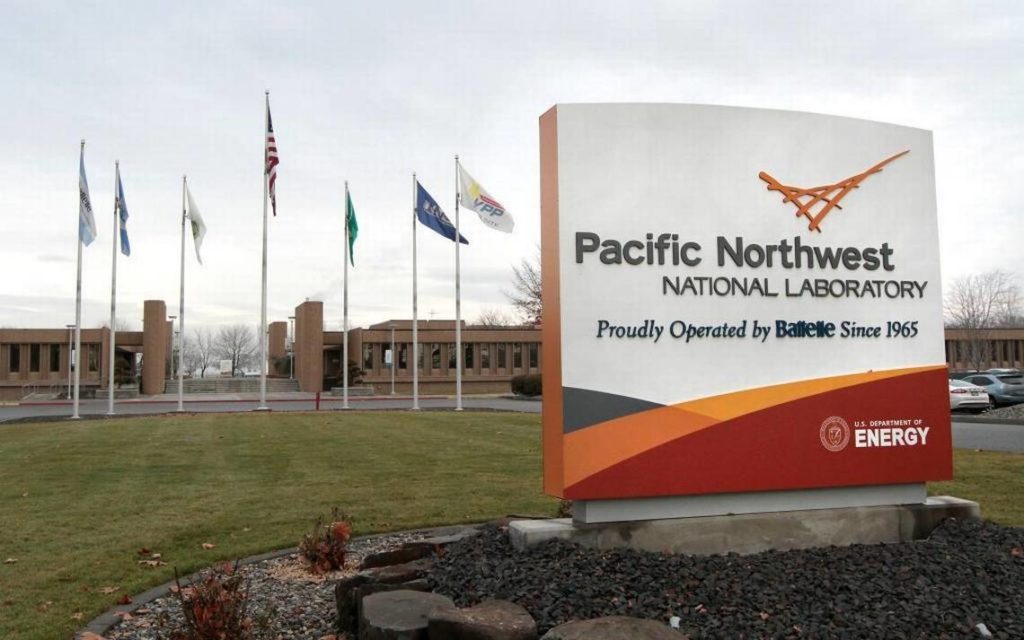 The Pacific Northwest National Laboratory was foundational in creating the modern Smart Grid featuring WiFi-enabled meters, and is Technocracy-centric in its command-and-control schemes for energy. ⁃ TN Editor

The Energy Department unveiled plans to launch a $5.5 million research center that will bring together top thinkers from three federal and academic institutions to solve some of the world’s most complex challenges in artificial intelligence.

Researchers from Energy’s Pacific Northwest National Laboratory, Sandia National Laboratories, and the Georgia Institute of Technology will join forces in the newly unveiled Center for Artificial Intelligence-Focused Architectures and Algorithms, or ARIAA.

“AI will allow us to solve problems today, that simply cannot be solved because they are too complex,” said Roberto Gioiosa, the senior research scientist at PNNL selected lead the new center. “This is the science of the future.”

The move follows Energy Secretary Rick Perry’s recent announcement that the agency is working to establish an Artificial Intelligence and Technology Office to coordinate and streamline the agency’s efforts and growing investments around AI. It also aligns with President Trump’s recent call for a national strategy to boost American leadership in the budding technology, officials said.

The collaborative center will ultimately prioritize four specific research areas that insiders note “touch virtually everyone”: the power grid, cybersecurity, graph analytics, and computational chemistry. Each will impact challenges that will shape the American future, like how new medicines are created, how to keep people’s online identity safe and how to keep the electric grid safe and secure.

ARIAA’s approach is unique, officials noted, as it will be centered around a concept known as “co-design,” which is particularly well-suited to high-performance supercomputing, one of Energy’s prime concerns and investments as it works toward modernization and future innovations. As they embrace a co-design approach, researchers will “balance the capabilities of hardware and software as they optimize computer architectures and algorithms to address a given challenge,” officials said.