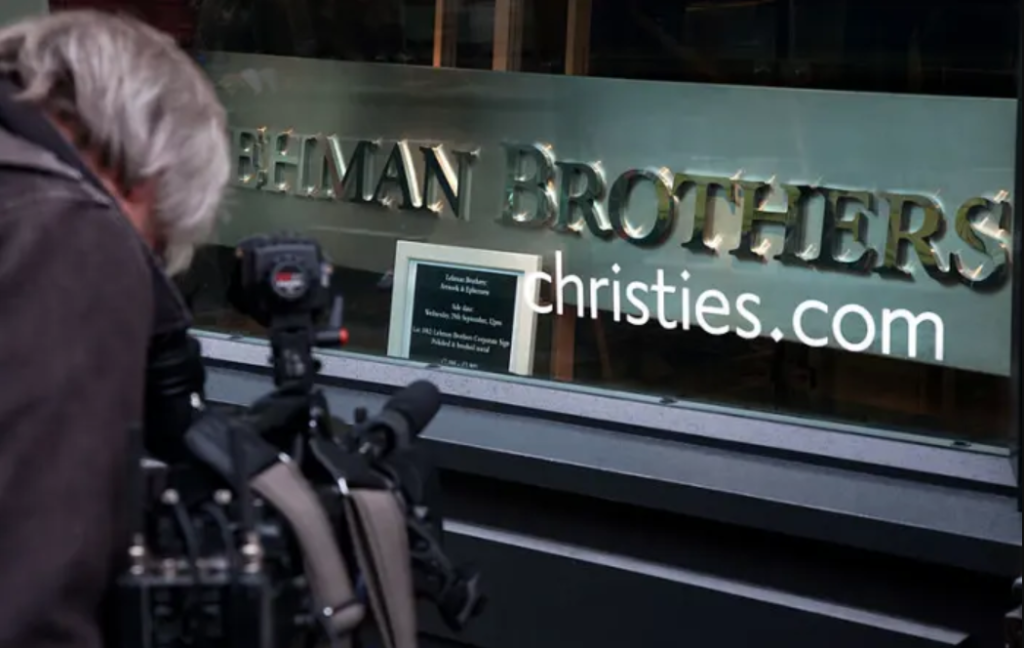 Forget old-fashioned Central Bank stimulus as experienced during the 2008 financial crisis. Watch for the entire 2020 narrative to be hijacked by Technocrats who want to resuscitate the global economy by spending taxpayer money on Green New Deal programs. ⁃ TN Editor

The world economy has had itself a start to the week, and not in a good way. The creep of COVID-19 across the world has revealed the interconnected nature of just about everything, particularly global markets.

An oil price war triggered a massive stock market crash around the world. The S&P 500 contracted more than 7 percent in response, continuing a monthlong dip and triggering a 15-minute timeout because apparently traders are like kindergarteners. Other markets experienced similar drops. If you’ve got stonks or a 401(k), this is bad news. If you want to transition away from fossil fuels and build a climate-resilient, fair economy, well, this also isn’t exactly good news. But there is a major opportunity facing governments as they try to deal with the coronavirus fallout.

Allow me to explain, but with the caveat that a global pandemic is horrible, full stop. People are suffering, and the threat of this becoming much worse before it gets better is very real. The resultant drops in oil use and carbon emissions or the loss of oil jobs we’re about to talk about may be a relief to the planet, but they come at the very high cost of human life.

The threat of things getting worse is precisely what could drive a recession. The drop in oil prices is making it suddenly unprofitable to frack for oil and gas in places like Bakken Shale in Montana and North Dakota or Eagle Ford in Texas. That puts workers at risk of losing their jobs, and it also causes the U.S. economy as a whole to wobble a little closer to recession territory because we’ve become so dependent on the oil industry. The Wall Street Journal notes that up to half of public fracking companies could go belly-up if oil prices stay this low. There’s also a number of other issues, like the industry taking on heavy debt, that I won’t get into, but you should read this excellent Slate summary if you want an overview.

The Trump administration has responded by reportedly considering a bailout for these companies. This is, to put it politely, absolutely fucking ridiculous (which of course means the administration will almost certainly move forward on it). It encourages risky behavior by CEOs and props up an industry that has done an amazing service to everyday Americans but needs to be wound down. A bailout would put that off and make the actual crash much harder at the end, especially since fossil fuel companies have a pretty dismal record of actually caring for workers when the bottom drops out (See: coal).

“We know capitalism is bad at managed declines,” Mark Paul, an economist at the New College of Florida and senior fellow at Data for Progress, told Earther. “Managed declines don’t quite exist in the market system, and so the question is, who’s going to stand in and protect these workers?”

The answer is clearly not the Trump administration. But it should, in theory, be a potential Democratic president, should one win the White House in November. Whether Trump bails out the fracking industry or not, now is an unprecedented opportunity to help ensure a just transition away from oil and usher in a prosperous clean energy economy. Because oil prices aren’t the only thing dropping. Treasury bond yields—basically an avenue for the government to borrow money—have cratered to historic lows. These are safe assets investors turn to in times of market chaos like the current one. 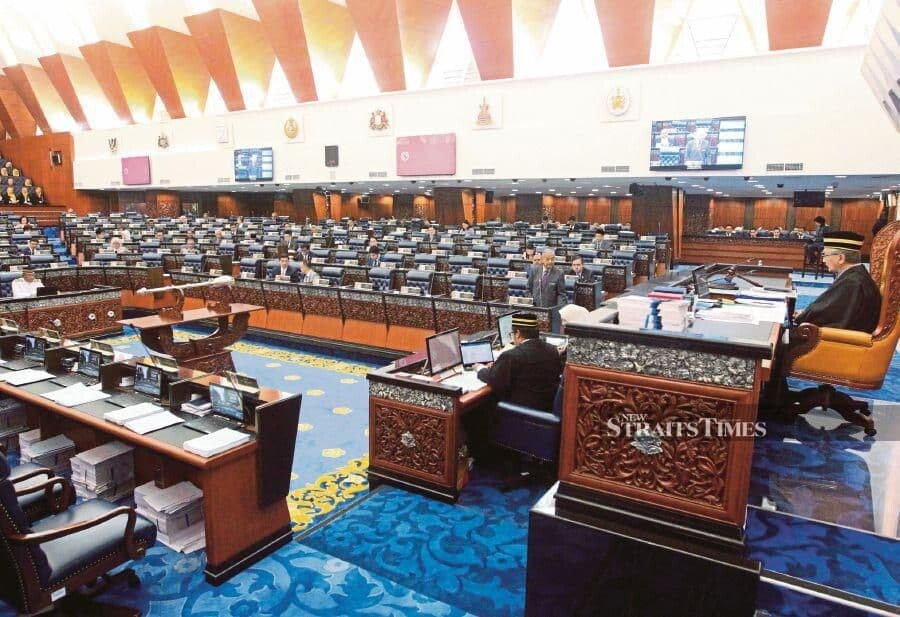 The Good And Bad Of Appointing Technocrat-Ministers

The entire world  – except the United States – is already talking about appointing/electing Technocrats and implementing Technocracy. This is the most dangerous endgame possible and America’s head is still buried in the sand. ⁃ TN Editor

A senior senator from Perlis visited me recently. Over lunch we talked about the latest constitutional issues. Over coffee, I asked him: “Is Malaysia prepared to embrace technocracy?” He replied: “Why not? We have appointed technocrats and professionals in the past.”

He reminded me that the Dewan Negara now has 16 vacancies. The prime minister can appoint any number of technocrats and professionals (apart from career politicians) to assist him in the cabinet.

Under a technocracy, individuals are appointed for specialised knowledge and performance, not on the basis of political affiliations.

In Malaysia the cabinet is still dominated by elected representatives (politicans), with only a handful of technocrat-ministers. Usually, when there is a by-election, the appointed senators are fielded as candidates for the Dewan Rakyat.

On March 2, 2020 Prime Minister Tan Sri Muhyiddin Yassin told the nation that he would appoint cabinet members “who have integrity and a clean track record”. He said that he is aware the people want a clean and corrupt-free government, “one that works with integrity”.

“The government that I lead will prioritise efforts to enhance integrity and good governance,” he promised. The people expect that the new PM will keep his word.

Political analyst Prof Dr Sivamurugan Pandian suggested that party leaders with ongoing court cases should be dropped (not considered for any cabinet post). He added that the future cabinet should have technocrats, not just political appointees.

If we embrace technocracy, the inevitable question is “What can technocrats achieve that politicians cannot do?”

A BBC report in 2011 stated (quoting Marco Incerti of the Centre for European Policy Studies in Brussels) that what technocrats can do is “rise above the paralysing political rancour”.

The report added that “when the political spectrum is so fragmented and the political conversation so acrimonious”, it is time for the politicians to step aside and let the technocrats do the job.

The BBC report also stated that when the national economy is in bad shape and “swift action is needed to calm the financial markets”, these technocrats (by virtue of their reputation and expertise) can show that they “represent change” and can implement tough measures that would not ordinarily receive public support if they are introduced by any politician.

Italy appointed several technocrats to lead the country out of various economic crises in the early 1990s.

Prof Kevin Featherstone of the London School of Economics said that technocrats have “a reputational advantage” and can convince the general public that “they put national interests above party political interests”. 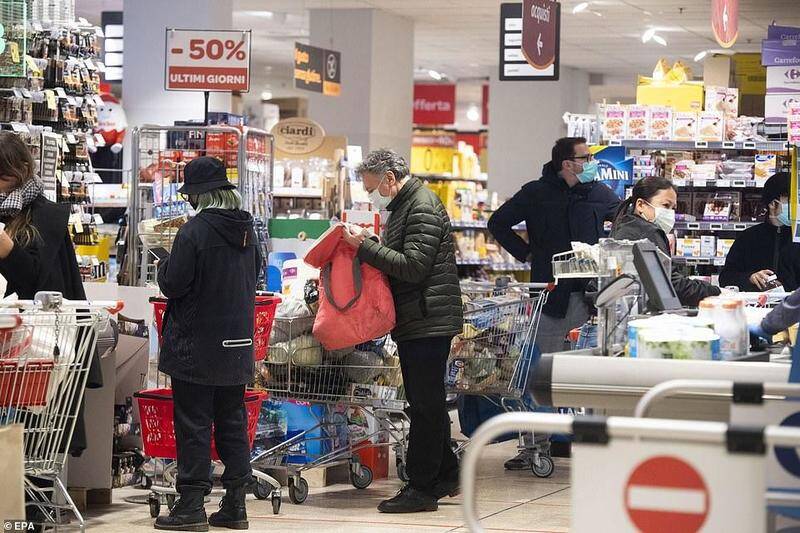 Italy is experiencing a complete, total and chaotic shakeup of their society. As in its economic chaos in 2011, Italy is again ripe for another EU appointed Technocrat Prime Minister to put everything back together again. ⁃ TN Editor

Italy has suspended payments on mortgages due to the coronavirus outbreak as more than 9,000 people have been infected and over 460 have died, the government announced on Tuesday.

When asked about halting mortgage payments on Radio Anch’io, deputy economic minister Laura Castelli said “Yes, that will be the case, for individuals and households,” according to The Independent.

Meanwhile, panicked residents crammed into supermarkets to stock up as the entire country entered a lockdown on Tuesday morning, while Italian streets were virtually empty after the government ordered people to avoid travel except for “urgent, verifiable work situations and emergencies or health reasons,” according to the Daily Mail.

Tourist favourites including Milan’s shopping galleries, Rome’s Spanish Steps and Vatican’s St Peter’s Square were all but deserted today after the drastic coronavirus measures were extended to the entire country last night.

Panic-buyers were packing into supermarkets this morning with queues stretching outside because of a rule that demands a 3ft gap between shoppers – meaning only a limited number can go inside at once.

In Naples, police were roaming the streets with a loudhailer last night to warn people to ‘stay indoors, avoid unnecessary outings and avoid crowded places’ because of the ‘coronavirus emergency’.

Prime minister Giuseppe Conte declared last night that ‘everyone must give up something to protect the health of citizens.’ –Daily Mail

Businesses are obviously suffering from the impact of the lockdown, as the empty streets of Rome have turned quiet. Bars and restaurants are only allowed to be open between 6am and 6pm, and must keep customers a minimum distance of 1 meter (3.2 feet) apart, according to SBS. Moreover, museums and cultural venues are closed, along with nightclubs, cinemas, theaters and casinos. Department stores must close on public holidays and the day before public holidays.

The flow-on effect has been immediate.

Raffaello Sasson’s family has owned a clothing shop in Rome since 1970 but he says conditions have never been so dire.

“This is right now much worse than 11th of September and Chernobyl put together. This is the worst we have seen, right now.” –SBS

“The last two weeks have been tragic, in the historic centre here, not even a single tourist. We have been here for 15 years and it’s never happened,” said restaurant owner Francesco Massotte, whose high-end eatery typically books people months in advance.