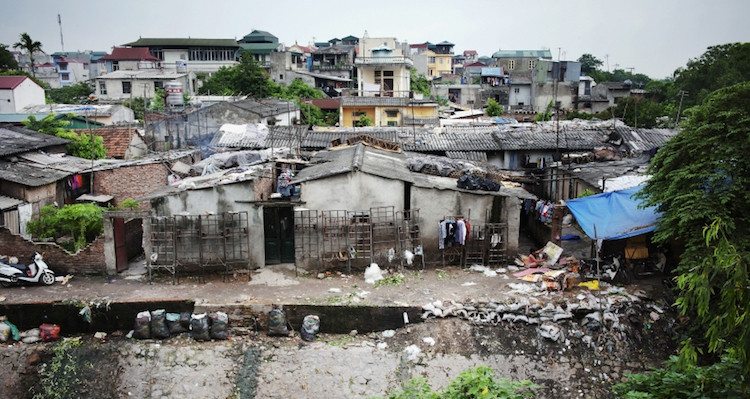 The 2030 Agenda for Sustainable Development adopted unanimously at the United Nations by world Heads of States and Governments in September 2015 is highly ambitious. If taken seriously it has the potential to change the prevailing development paradigm by re-emphasizing the multidimensional and interrelated nature of sustainable development and its universal applicability.

The 2030 Agenda offers the opportunity to correct the errors and omissions of the ‘MDG approach’ – an approach that has reduced the development discourse to a focus on the symptoms of extreme poverty and the provision of basic social services in poor countries. While – without doubt – these issues are extremely important, the MDG approach failed to address adequately the structural flaws of the global economic and financial systems, the imperative of ecological sustainability and the responsibilities of the global North.

The 2030 Agenda offers the opportunity to respond in an integrated manner to urgent global problems, such as accelerating global warming and growing inequalities. The Sustainable Development Goals (SDGs) contained in the 2030 Agenda incorporate a commitment to reduce inequalities within and among countries, a clear demand for sustainable consumption and production patterns and the aspiration for peace, fair governance and justice.

The 2030 Agenda is universal, not just because the SDGs are global in scope, but also because all countries have to do something to achieve them. No country can deem itself to be sustainably developed and having already done its part to meet the SDGs. The 2030 Agenda offers the opportunity to challenge the idea that development is a phenomenon that occurs only in countries of the global South while the North is already ‘developed’.

However, the 2030 Agenda is not free of contradictions and fails to adequately address a number of goals and targets, particularly when it comes to their means of implementation. The 2030 Agenda represents a compromise among 193 governments and far from perfect. But for the first time in an intergovernmental document, it acknowledges the “enormous disparities of opportunity, wealth and power” as immense challenge to sustainable development.

Disparities and inequalities also have detrimental human rights effects. Even the IMF recently confirmed that income inequality is, for example, highly correlated with gender inequality. Therefore, overcoming gender inequality requires, inter alia, challenging economic policies and institutions that have entrenched social inequalities and undermined the capacity of states to meet their commitments to women’s rights.

But there are further severe obstacles to the implementation of the 2030 Agenda and overcoming them is a prerequisite for achieving the SDGs and fulfilling the commitments made to human rights and sustainability:

For too long, economic policies have been shaped by acceptance of neoliberal policies »without alternatives«. But taking the title of the 2030 Agenda, “Transforming our World”, seriously implies that its implementation should lead to structural transformations instead of being led by the interests and advice of those governments, elite class sectors, corporate interest groups and institutions which have taken us down paths that are unsustainable and continue to create global obstacles to the implementation of the agenda.

Thus, it is irritating that the International Chamber of Commerce (ICC) as coordinator of the Global Business Alliance for 2030 (an umbrella group of major global industry associations and business organizations) can claim to play a key role in implementing the 2030 Agenda, offering “comprehensive engagement with the full diversity of business expertise.”

Corporate lobby groups such as the ICC have been advocating for exactly those trade, investment and financial rules that have destabilized the global economy and exacerbated inequalities in both the global North and the global South. Furthermore, a plethora of bilateral investment treaties as well as a new generation of free trade agreements in conjunction with the multilateral Agreement on Trade Related Aspects of Intellectual Property Rights (TRIPS) have not only reduced the policy space of governments to implement sound social, environmental and developmental policies but in numerous instances seriously undermined existing social, environmental and human rights standards.

These and other domestic policies in the spirit of the dominant neoliberal paradigm have further strengthened the power of investors and big corporations and, by the same token, weakened the role of the state and its ability to promote human rights and sustainability. The 2030 Agenda does not provide an adequate response to these challenges.

In the name of “international competitiveness” countries continue to compete in a race to the bottom, offering lower taxes and cheaper labour so as to attract investments. Tax havens allow for tax evasion. The leak of the “Panama Papers” published in 2015 illustrated how wealthy individuals are using a global net of secretive offshore companies to hide financial assets, and to avoid or evade tax payments.

So too did the “Luxleaks” scandal in 2014 uncovering corporate tax evasion on an “industrial scale”, as well as the Mbeki-report of 2015 on illicit financial outflows from Africa, conservatively estimated at US$ 60 billion a year and predominantly business-related through trade mispricing or abusive transfer-pricing by multinational corporations. These practices seriously undermine the ability of states to finance and implement the 2030 Agenda.

Finally, the obsession with growth, backed up by the dominant economic regime, provides the drive to exploit nature, relies on fossil fuels and depletes biodiversity, undermining the provision of essential services. The decision in the 2030 Agenda (SDG Target 8.4) to improve progressively global resource efficiency and to decouple economic growth from environmental degradation, is a necessary, but by no means sufficient response to the transgression of the planetary boundaries.

Here, as in other areas, a combination of low levels of ambition, inadequate and contradictory goals, targets and indicators makes it impossible to stop or reverse the damage done to the global environment and scale down human demands on the earth’s ecosystem. This lack of a serious political agenda presents a virtually insurmountable impediment the realization of the 2030 Agenda.

Without addressing the structural obstacles and inbuilt contradictions it will be difficult, if not impossible to achieve the SDGs by 2030.

This article reads as if it was written by the “controlled opposition”. It attacks the greedy rich / corporations but I am willing to bet my meager fortune that the outcome of sustainable development will mean a tightening of control over the masses finances, more taxes for the masses and a further concentration of real wealth into fewer hands.

Here it is , folks. Now all of the “evidence gathering” is legal. This “tool” will be used to connect the Smart Grid platform to the Smart City (Think: “Technocracy”, as Patrick Wood has taught for years) . The platforms for real time “connectivity” via Internet of Things platforms is approx. 18 months away. (Yes, I said REAL time.) When you combine the realities of Blockchain and Fedcoin, along with the devastation to communities due to school “choice” ,i.e, public private partnerships, and the resulting “delinking” from the rural and the Agenda 21 attack on the “sprawl,….. Well, you get… Read more »