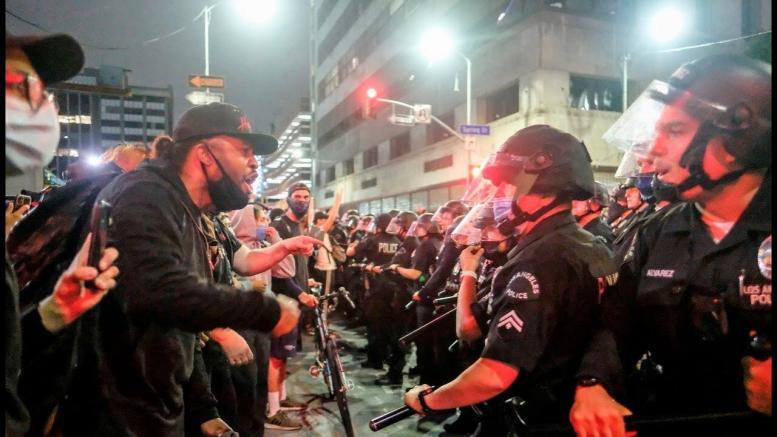 Please Share This Story!
PDF 📄
People ask, where does all the money come from to promote and hold nationwide protests that promote the destruction of America? Look no further than Technocrats in corporate America. This list does not include the hundreds of millions from foundations and NGOs. ⁃ TN Editor

Corporations are opening up their treasuries to give money to social justice causes, including Black Lives Matter, in the wake of nationwide protests and riots over the death of George Floyd.

Many of the big companies are pushing their employees to do the same.

Some businesses are donating to controversial bail funds like the Minnesota Freedom Fund that seek to bail out protesters and rioters.

Nike—“Organizations that put social justice, education and addressing racial inequality in America at the center of their work”—$40 million

Alphabet/Google—various organizations, starting with $1 million each to Center for Policing Equity and Equal Justice Initiative—$12 million

Target—long-standing partners such as the National Urban League and the African American Leadership Forum in addition to adding new partners in Minneapolis-St. Paul and across the country—$10 million

Don’t forget the DNC. Most people are not paying attention. I do believe the liberals move money around for their causes. There is no oversight. They believe it is their time to shine. What we have here is only evil continually. There is only a very few who get the whole picture. “And then shall that Wicked be revealed, whom the Lord shall consume with the spirit of his mouth, and shall destroy with the brightness of his coming: Even him, whose coming is after the working of Satan with all power and signs and lying wonders. And with all… Read more »

If no one is willing to organize a national boycott of those companies, why bother to report it ?

To show the takeover of the world, that is why. Boycotting won’t change a thing. The sovereignty of nations is over it is now a one world government. The new Babel, which is Babylon (in Hebrew it means gate of gods, confused) and there is a new world leader coming and he is immensely evil, and he is Satan.

Why should they care if anyone boycotts them?

A LOT MORE ON THAT LIST sent out LAST WEEK aim4truth.org sonsofliberty