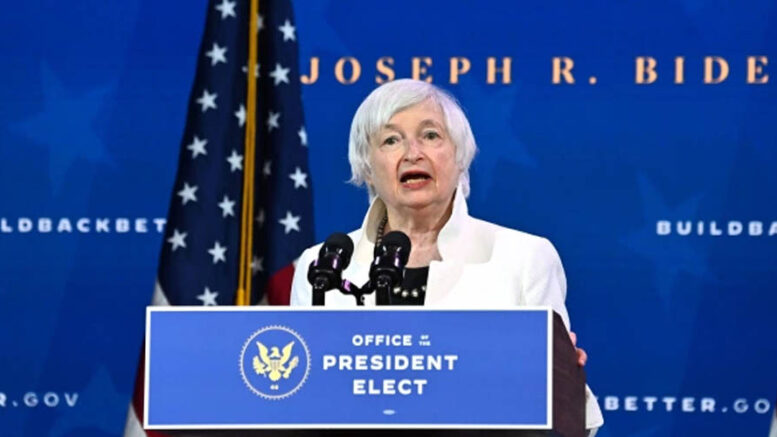 Please Share This Story!
PDF 📄
This apologist for Technocracy sees Technocrat alignment in both Europe and the U.S. and concludes, “The broader world is keenly watching the return of technocracy of the best kind. If it succeeds, maybe we can embrace it ourselves in 2022 and replace our jokesters with serious, policy-focused leaders.” ⁃ TN Editor

IT is often said that four-time Italian Prime Minister Silvio Berlusconi — TV mogul, populist and demagogue — had presaged the coming of Donald Trump. Both leaders nearly ran their countries to the ground and into the path of authoritarianism, and both governed with bombast and bluster. History’s verdict on the two leaders will be harsh; Berlusconi’s many tenures as head of government especially. The broader world is in a hurry to forget the two clowns. It is also tragic that the nationalist and anti-Euro leaders that emerged to govern Italy after Berlusconi’s fall from power have mostly failed the country.

In line with those serial and epic fails at governing, the ravages of Covid-19 again led to the fall of the three-year-old government of Prime Minister Giuseppe Monte and his anti-Euro, nationalist coalition a few weeks back. Deft political maneuvering resulted in the formation of a new Italian government, led by a welcome but unexpected name, Mario Draghi, the former European Central Bank (ECB) president. Draghi is held in high esteem in his native Italy — rare for a country where previous leaders built their careers by disdaining the elite. Draghi, however, was above the fray of partisan politics and was credited for “saving the euro,” which had the effect of preserving the monetary union that otherwise could have imploded with the euro’s collapse.

Draghi pledged to do, as ECB president, “whatever it takes” to save the euro, and indeed, he did everything within his power to do so. The decision of Italian President Serio Mattarella to bring in Mr. Draghi as head of the new government was met by downcast Italians with palpable relief. And behind Mr. Draghi now is a coalition of multiple parties from across the political spectrum — right, left, left of center. The usually sober headlines of the New York Times hailed Draghi’s new government with the head “A giant of Europe prepares to head Italy’s new government.”

Mr. Draghi, the ultimate public face of European technocracy, along with the likes of Christine Lagarde, the new ECB president, is now the new leader of embattled Italy and has quickly formed a new government to lift Italy out of its Covid-induced economic comma. The experiment with technocracy is Italy’s break from the usual clowns.

Specifically, Mr. Draghi was brought in to use his banking-centric technocracy to use the jumbo loan for Italy under a Merkel-Marcon- designed European Union funding package to guide Italy through its pandemic-generated woes and economic stagnation. A Marshall Plan-like to fund the recovery efforts in the pandemic-battered parts of the EU.

The challenge for Mr. Draghi is not only saving Italy. Should his proven technocracy bear the ultimate fruit of using the EU loans with speed, precision and high impact — as many leaders of the Union expect him to do — he would also prop up the EU’s monetary union and save the biggest regional experiment from collapsing. And many want to save the Union. The post-Brexit state of Britain, with its trade with the European Union it opted to abandon, is in a state of chaos. It is a timely reminder of the level of economic mayhem that would pound and hammer the Continent should disintegration take place.

On the other side of the Atlantic, the central banker, who helped stabilize the US economy from the ravages of the 2008 financial crisis, has been confirmed as treasury secretary and is now leading the efforts of the Biden administration to navigate the minefields of the pandemic economy. Janet Yellen, the first woman in the history of the US to head the Federal Reserve, now holds the distinction of being the first woman to hold the treasury portfolio since Alexander Hamilton.

Steven Mnuchin, the former investment banker and film producer Ms. Yellen replaced at the Treasury, was mostly overshadowed by the personal antics and ostentatious display of wealth of his wife, B-list actress Louise Linton. Mr. Mnuchin supported the tax cuts for the rich passed by the Republican Congress and the partial repeal of the Dodd-Frank Act on financial regulations. There was zero debate on critical macroeconomic policy during the four years of Trump/Mnuchin. Mr. Trump’s economic advisers were mostly dismissed by serious economists as “cranks and crackpots.”

Now, the Treasury under Janet Yellen is back to serious research, intense focus on policy and animated policy debates. Yellen will find intellectual support, not distraction, from her husband George Akerlof, a Nobel Laureate in economics.

Good grief. This is an alternate reality. Welcome to the great reset. Where a tiny elite rule the rest of us as serfs if we survive the starvation and winter kill.

I don’t know. 90% of the former people love this nightmare and either want or accept it becoming permanent. I find myself becoming a misanthrope as this insanity continues. Most people WANT to be under permanent house arrest, get rid of real life friendships and never see family again. I can’t pity them since they aren’t even suffering. Like all humanity has morphed into something different. Even without the shots they’re trying to force on us. Maybe the technocrats are right to view them as cattle. They sure enjoy being treated like veal. I despise these 90% almost as much… Read more »

Had to stop reading after the first paragraph. The horrific misrepresentation of Trump by a NON American made me think that perhaps the rest of the article was rubish as well. The title was interesting though…

Tracy – Yes, the article is twisted but if you read to the end, you will see that it is a mainstream view that we must confront and deal with. Indeed, the world is turning to Technocracy. “Danger, Danger Will Robinson”

Every agenda, policy, program is being deliberately promoted + manipulated to the ultimate technocratic end – we are being saturated with carefully crafted lies, false data, slick propaganda – propelling people, who refuse to think or question anything, into the heartless grip of technocratic globalist control. Massive psychological mind control of the masses. Good luck getting out of this monstrous evil dilemma.

I am italian. I don’t support Berlusconi. But what you are telling about Berlusconi and his eager to become a dictator is completely wrong. He didn’t do a lot of Italy, but he was always elected fairly. Mario Monti (PD – Partito Democratico) took over the power without any consent. The “Partito Democratico” is still in power from 2011, without any popular consensus. 10 years (with the brief break of Lega-Movimento5Stelle government) of authoritarian rulers, sent by Bruxelles, executing orders and destroying their own people. So if you write about politics, above all you try to reconstruct past political scenario… Read more »

We need a “Just Walk Away ” movement. Do things locally as much as possible – incorporate bartering – local co-operation, buy from co-ops. Stop or reduce buying/consumption of unnecessary major corporate items (Coca-Cola, etc.). Stop voting as a protest or write in third party in national elections. reduce cell phone usage as much as possible. Discourage the youth from military service.