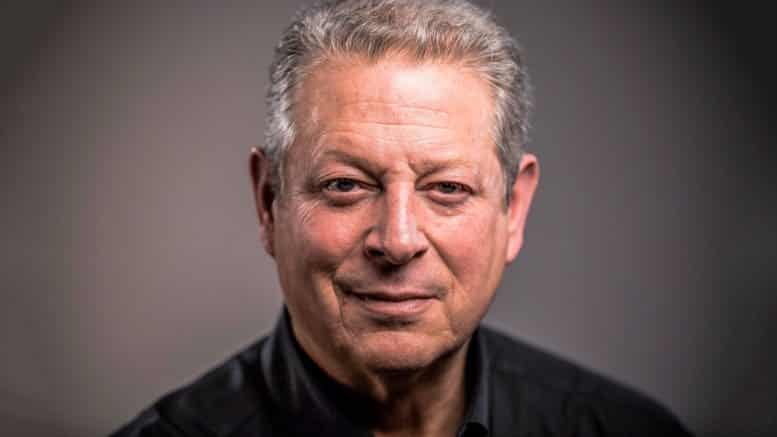 Gore has not lost his mind, but he has lost his moral compass many years ago when he began to promote the global warming scam. Decarbonizing the world is anti-human and would do more to destroy the planet than to save it. ⁃ TN Editor

Al Gore wants to reverse modernity and save the world from itself through an elimination of its fossil-fuel-based energy system. During the final week of April, his newly created Energy Transitions Commission released a document setting forth a fool’s-errand pathway to “decarbonize” the world’s energy system.

If this sounds familiar, it is. Gore’s plan features a new, sophisticated, and expensive public-relations campaign, but it’s all based on his views on carbon dioxide first broached in his 1992 book Earth in the Balance, which he reissued in 2000 for his failed presidential campaign. The subsequent efforts made by Gore during the past 25 years have transformed little from their genesis, and he remains as tragically wrong today as he was when he first surfaced as an opponent of everything linked to carbon-dioxide.

If you scroll through the verbiage surrounding the document, you will find the core policy recommendation is a massive, punishing carbon tax. Gore would start the tax at $50 per ton, which would increase to $100 per ton over time, essentially destroying the market for continued robust development of the world’s fossil-fuel base. Our economic growth and personal well-being depends on robust fossil-fuel use, so Gore’s plan would destroy these as well.

But, don’t worry! The all-in estimated cost to re-engineer humanity is only a mere $15 trillion—enough money to give every man, woman, and child in the United States more than $46,000.

Al Gore has been demonizing fossil fuels and attempting to marginalize all those involved in the traditional energy sector since 1988, the year the climate-change movement was rolled out in Washington, D.C., which happened to correspond with a nationwide heatwave and with Yellowstone in flames. Ever since, Gore’s pathway to political power and personal riches has been a successful one, to be sure, but his multi-trillion-dollar effort today is his most sophisticated effort to date. Unfortunately for him, it will also fail, because what he’s selling in his “new” proposal is bad for the people being asked to embrace it.

Over the years, Gore has emerged in many contexts in his effort to eradicate carbon-dioxide emissions, a benign gas required for all life to thrive on Earth—plant, animal, and human alike. It has never mattered to Gore that ordinary people everywhere have been hurt and will continue to be hurt by his continual efforts to make fossil-fuel energy expensive and that the poorest among us are harmed the most by the energy policies he supports.

The anti-humanity proposals in Gore’s latest initiative have as one of their chief goals the elimination of fossil fuels, full stop. Gore does allow for greater use of natural gas into the 2030s, but he eliminates coal right away. He also allows for oil use to grow into the mid-2020s, but “decarbonize” means just that; his plan inevitably ends with a phase-out of fossil-fuel use. Fortunately for us all—and make no mistake about it, the American people understand this—the fossil-fuel-free future Gore imagines is not supported by observation-based science, and it is contradicted by all the evidence we have gained from recorded human history.