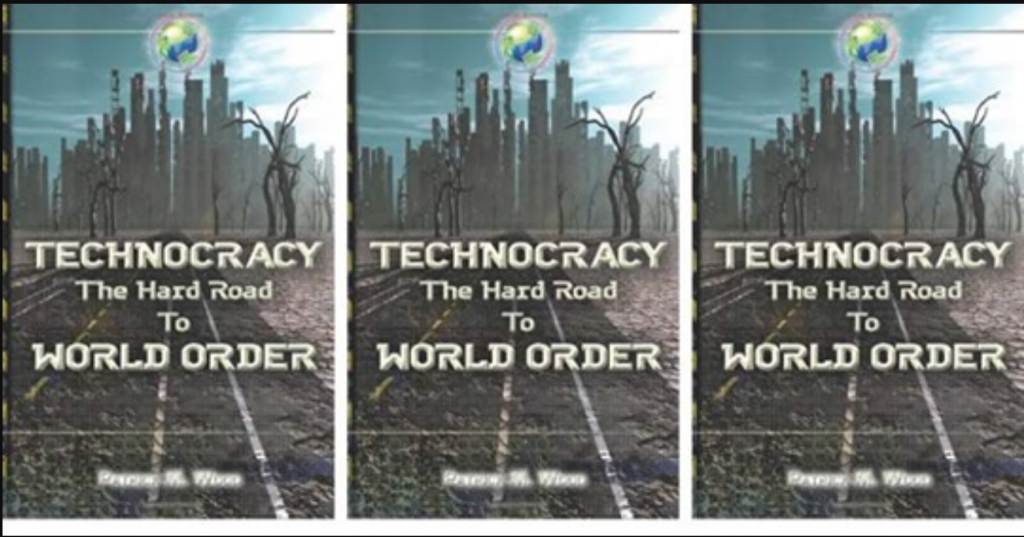 This is the best book review written by international journalist Alex Newman. Alex has travelled extensively around the world and is a top expert on the U.N. and Sustainable Development, aka Technocracy.

The planetary “New World Order” regime that so many globalist schemers have heralded will not be a republic, a monarchy, or a democracy. It will not be communist or capitalist. Instead, according to Patrick M. Wood’s phenomenal book on the subject, it will be a “technocracy” — a system that eliminates individual liberty under the pretext of environmentalism and economic efficiency, dominated and ruled by elitist technocrats. In short, a “scientific dictatorship.” The machinery for this monstrosity is being put in place even now. Even in America, the technocratic grip is getting stronger. But the fight is not over, and resistance is not futile, Wood says.

One quote, used more than once throughout the book, offers a revealing picture of what is happening and what is coming in the building of this technocratic “world order” by the elite. “It will look like a great ‘booming, buzzing confusion,’ but an end-run around national sovereignty, eroding it piece by piece, will accomplish much more than the old-fashioned frontal assault,” explained former U.S. State Department bigwig Richard Gardner in a 1974 issue of Foreign Affairs, the flagship mouthpiece of the globalist Council on Foreign Relations. The article was headlined “The Hard Road to World Order.”

Throughout the book, Wood methodically sorts through the appearance of “booming, buzzing confusion” created by Gardner and his globalist comrades in their bid to subvert freedom and the nation-state. And while the topic itself is confusing — no doubt a deliberate scheme by the “world order” mongers to conceal their agenda from everyday people — Wood cuts through the confusion to reveal a detailed and dangerous plan to enslave humanity that has been in motion for generations at least.

Regular readers of The New American will be familiar with some of the information in the book, including many of the incriminating quotes by globalists and technocrats themselves. However, Technocracy clarifies much about the nature of what is looming. Indeed, Wood, perhaps alone among leaders in the liberty movement, has identified a crucial component of the globalist agenda that is almost universally overlooked — the precise nature of the emerging global economic and political system known as “Technocracy.”

Wood happens to be uniquely qualified to write the book, too. He is among the world’s leading experts on the Trilateral Commission, having written the explosive book Trilaterals Over Washington with the late scholar Antony Sutton, without question one of America’s finest and most important historians. And Wood’s background knowledge in these areas contributes tremendously to his understanding of the global elite and its agenda. Gardner, the advocate of an “end-run” around self-government, was one of the original Trilaterals. 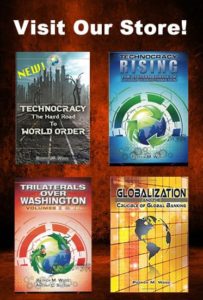 Early on, Wood relies on his extensive knowledge about the Trilateral Commission to set the stage. Founded by David Rockefeller and Zbigniew Brzezinski in 1973, the Deep State cabal was totally dedicated to creating what it described as a “New International Economic Order.” To understand what that order would look like, Wood relies on admissions by the men themselves. Indeed, Brzezinski himself laid out much of the vision in his 1970 book, Between Two Ages: America’s Role in the Technetronic Era.

The establishment lackeys working to usher in this new system of governance barely bother to conceal their agenda any longer. Council on Foreign Relations member Dr. Parag Khanna actually wrote a book in 2015 outlining the plan to make it a reality. Entitled Technocracy in America, the radical plan calls for abolishing the U.S. Senate, replacing the presidency with an executive committee, and allowing the U.S. Supreme Court to “modernize” the U.S. Constitution to make possible technocratic rule by totalitarian “experts.”

Of course, the idea is not new. As Wood discovered long before writing his most recent book, the term technocracy first came to prominence in the early 1930s. In 1932, Nicholas Murray Butler, the president of Columbia University — already a bastion of communists, collectivists, totalitarians, and kooks of all varieties — announced that the institution was supporting a new form of economic organization. With the public already losing confidence in economists and politicians, the new system would be guided and controlled by scientists and engineers. The name for this proposed system was “technocracy.”

After a giant scandal, recounted in the book, the effort failed. But the technocrats did not give up. In fact, they created a magazine called The Technocrat. And in 1938, this publication defined the system like this: “Technocracy is the science of social engineering, the scientific operation of the entire social mechanism to produce and distribute goods and services to the entire population.” Under the plan, private property, money, and prices arrived at through market forces of supply and demand would give way to a new system in which energy and resources would become the key accounting units throughout the economy. Individuals would become nothing but cogs in the machine.

Obviously, such a system is completely incompatible with individual liberty, Western Judeo-Christian civilization, or free agency. Yet, as Wood documents meticulously, it is the very system being advanced by the United Nations, governments around the world, and their legions of useful (tax-funded) idiots. Under the guise of “sustainable development,” saving the environment, and reducing inequality, countless naive people have been suckered into the movement. Indeed, “sustainability,” the underlying pretext behind the international agreements known as UN Agenda 21 and UN Agenda 2030, is basically warmed-over technocracy, the book shows.

In UN Agenda 2030, which was adopted by Obama and all other governments in 2015, the UN pledges that it will protect the planet through “sustainable consumption and production” and by “sustainably managing its natural resources.” The document goes on to explain that this must include “sustainable” control of every single inch of the planet’s surface. Thus, as Wood puts it, the initial cost of this utopia promised by the UN is “nothing less than turning control over all natural resources to the UN.” Wood then shows that Agenda 2030 traces right back to globalist John Podesta, a member of the Trilateral Commission and a crucial operative with Obama and the Clintons.

The increasingly discredited man-made global-warming hypothesis is serving as an important justification for the advancement of this ideology. And top UN leaders have been remarkably candid about it. Then-UN Framework Convention on Climate Change boss Christiana Figueres, for example, let the cat out of the bag in 2015. “This is probably the most difficult task we have ever given ourselves, which is to intentionally transform the economic development model, for the first time in human history,” she declared, adding that the goal was to “change the economic model that has been reigning for at least 150 years.” 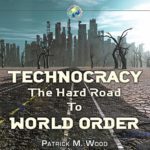 Another important component of the march toward technocracy is the infamous “public-private partnership.” This fascistic melding of government and corporate power has become ubiquitous around the world in recent years. And it is no accident. For one, it helps remove control from the people, because the politicians and bureaucrats sign away their rights and responsibilities to major corporate interests. On the other hand, it allows corporate giants to extract large profits from the taxpayers by force even while doing things that consumers would never voluntarily fund, such as high-speed rail boondoggles.

Also critical in eroding self-government has been the proliferation of “regional government” and “councils of governments.” In America, this trend can be observed all over the country, as various city and county governments transfer their powers and responsibilities to “regional” bodies over which voters have no control. Once the people are disenfranchised and accountability to voters is lost, it makes the introduction of these totalitarian and technocratic schemes much easier to get away with. In the United States, the federal government has been unconstitutionally weaponizing taxpayer funds to encourage more and more of these unconstitutional arrangements that make a mockery of the constitutionally guaranteed republican form of government. Supranational regional regimes such as the European Union are crucial, too.

One of the most interesting chapters in Technocracy deals with “Fintech,” or financial technology. As part of making humanity “sustainable,” more than a few prominent voices have explained that a new financial system will be required — a system in which private capital can be “redeployed” to finance the goals of the technocrats and their “world order.” Relying on large amounts of documentation and even public statements by advocates, Wood argues that some form of digital “cryptocurrency” would play a leading role in the technocratic world order. The central banks of the world, along with the Bank for International Settlements, are already plotting away. A “cashless society” is a key part of the plan.

As for what this coming technocratic dictatorship will look like, if the plotters are successful in imposing it on humanity, Wood makes a very compelling case that China is actually the leading contemporary model and example. Even now, Wood says, academics acknowledge that mainland China has transitioned from communism and Marxism to technocracy, despite the remaining outward trappings. And as this magazine has also documented extensively, the Chinese “model” is being spread around the world, with key assistance from Western globalists, the UN, and other powerful forces.