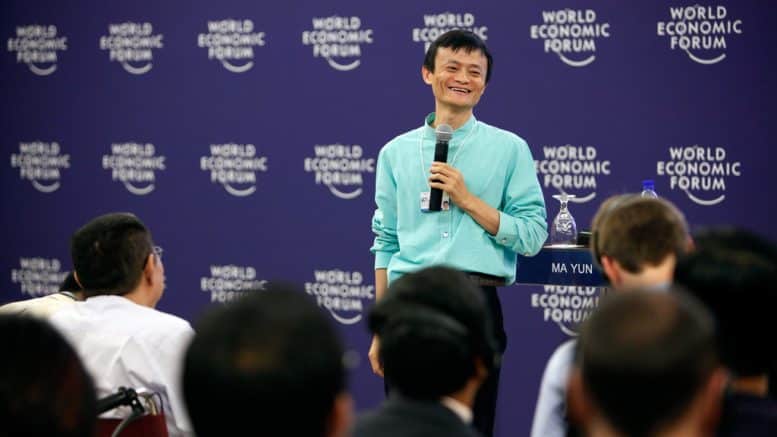 Technocrat Jack Ma’s Alibaba is the Amazon of China, and he is closely aligned with the Chinese government. He readily admits that “The AI and robots are going to kill a lot of jobs as machines will replace humans in future” and that Big Data and AI are a threat to humanity. Nevertheless, Technocracy races forward in China and around the world. ⁃ TN Editor

A day after Prime Minister Narendra Modi struck a chord with business and political leaders at the World Economic Forum in Davos, Jack Ma , founder and Executive Chairman of Chinese ecommerce giant Alibaba, took the centre stage in one of the sessions at the alpine resort of Davos and talked about the impact of technology, artificial intelligence, role of women business leaders in today’s world and globalization. Ma warned that latest technologies like AI and big data are a threat and would disable people instead of empowering them.

Ma said there’s a need to work together or “human beings are going to fight each other as each technology revolution has made the world unbalanced.”

The Chinese business magnate said if any companies want to operate with wisdom and care, they have to give priority to women employees. “Total 37 per cent of the senior management members in Alibaba are women.”

Ma echoed Prime Minister Modi’s views on globalization and said it can’t be stopped. “No one can stop globalisation, no one can stop trade. If trade stops, the world stops. It is our generation’s responsibility to improve trade between countries not cause hurdles in it.”