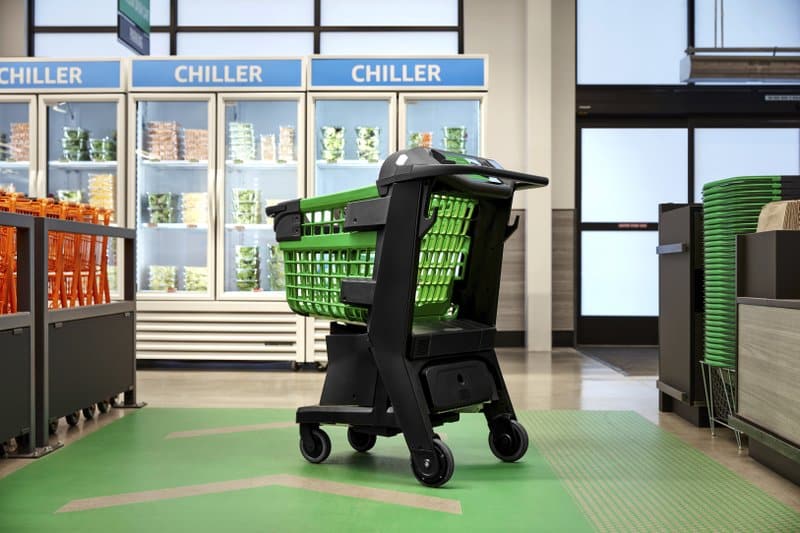 Santa Claus knows if you’ve been good or bad, but Amazon knows what you put into your shopping cart. This technology will eventually force tens of thousands of cashiers and other grocery workers out of business. ⁃ TN Editor

Amazon has a new cure for long supermarket lines: a smart shopping cart.

The cart, which Amazon unveiled on Tuesday, uses cameras, sensors and a scale to automatically detect what shoppers drop in. It keeps a tally and then charges their Amazon account when they leave the store. No cashier is needed.

It’s the latest attempt by Amazon to shake up the supermarket industry and offer a solution to long checkout lines. The online shopping giant opened a cashier-less supermarket in Seattle that uses cameras and sensors in the ceiling to track what shoppers grab and charge them as they leave. Amazon.com Inc. also has roughly 25 cashier-less convenience stores with similar technology.

The cart, called Amazon Dash Cart, will first show up at a new Los Angeles supermarket Amazon is opening later this year. The store will have cashiers, but Amazon said it wanted to give shoppers a way to bypass any lines. In the future, it could be used at Amazon’s Whole Foods grocery chain or other stores, if Amazon sells the technology, but there are no plans for either right now.