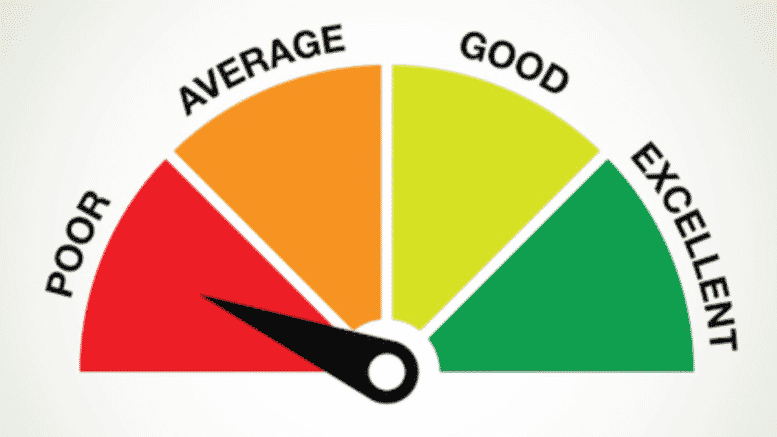 Please Share This Story!
PDF 📄
Technocracy seeks to control everything and everyone. It was Big Tech inventions and assistance that enabled China’s Social Credit Scoring System to capture 1.4 billion Chinese citizens. They are now implementing the same strategies in the U.S. to permanently bifurcate society. ⁃ TN Editor

The new domestic “War on Terror,” kicked off by the riot on Jan. 6, has prompted several web giants to unveil predecessors to what effectively could become a soft social credit system by the end of this decade. Relying on an indirect hand from D.C., our social betters in corporate America will attempt to force the most profound changes our society has seen during the internet era.

China’s social credit system is a combination of government and business surveillance that gives citizens a “score” that can restrict the ability of individuals to take actions — such as purchasing plane tickets, acquiring property or taking loans — because of behaviors. Given the position of several major American companies, a similar system may be coming here sooner than you think.

Last week, PayPal announced a partnership with the left-wing Southern Poverty Law Center to “investigate” the role of “white supremacists” and propagators of “anti-government” rhetoric, subjective labels that potentially could impact a large number of groups or people using their service. PayPal says the collected information will be shared with other financial firms and politicians. Facebook is taking similar measures, recently introducing messages that ask users to snitch on their potentially “extremist” friends, which considering the platform’s bias seems mainly to target the political right. At the same time, Facebook and Microsoft are working with several other web giants and the United Nations on a database to block potential extremist content.

The actions of these major companies may seem logical in an internet riddled with scams and crime. After all, nobody will defend far-right militias or white supremacist groups using these platforms for their odious goals. However, the same issue with government censorship exists with corporate censorship: If there is a line, who draws it? Will the distinction between mundane politics and extremism be a “I’ll know it when I see it” scenario, as former Supreme Court Justice Potter Stewart described obscenity? If so, will there be individuals able to unilaterally remove people’s effective ability to use the internet? Could a Facebook employee equate Ben Shapiro with David Duke, and remove his account?

The implications of these crackdown efforts will be significantly more broad than just prohibiting Donald Trump from tweeting at 3 a.m. Young people cannot effectively function in society if blocked from using Facebook, Twitter, Gmail, Uber, Amazon, PayPal, Venmo and other financial transaction systems. Some banking platforms already have announced a ban on certain legal purchases, such as firearms. The growth of such restrictions, which will only accelerate with support from (usually) left-wing politicians, could create a system in which individuals who do not hold certain political views could be blocked from polite society and left unable to make a living.

The potential scope of the soft social credit system under construction is enormous. The same companies that can track your activities and give you corporate rewards for compliant behavior could utilize their powers to block transactions, add surcharges or restrict your use of products. At what point does free speech — be it against biological males playing in girls’ sports, questioning vaccine side effects, or advocating for gun rights — make someone a target in this new system? When does your debit card get canceled over old tweets, your home loan denied for homeschooling your kids, or your eBay account invalidated because a friend flagged you for posting a Gadsden flag?

Federal fingerprints aren’t directly on recent actions — yet. The creation of a “Digital Dollar” would put an exclamation point on a new social credit score. Working in conjunction with major tech companies, citizens not convicted of a crime could lose their ability to transact any business. In time, decentralized forms of money, such as cryptocurrencies like Bitcoin, may be the main means for dissidents to operate — as long as the federal government doesn’t move to squash them. If the Fed and members of Congress are skeptical of crypto now, its use by political undesirables could lead to a furtive effort to severely restrict or ban these currencies.

There’s a new app out now, which replaces ‘Where’s Waldo”. Its called “Where’s the Republicans”.

[…] America’s Dystopian Social Credit System Is Marching Forward This was started and perfected in China by Google, FaceBook, etc. Now they want to setup the same system in the USA and throughout the world. This will all be tied into the coming 666 Mark of the Beast. […]