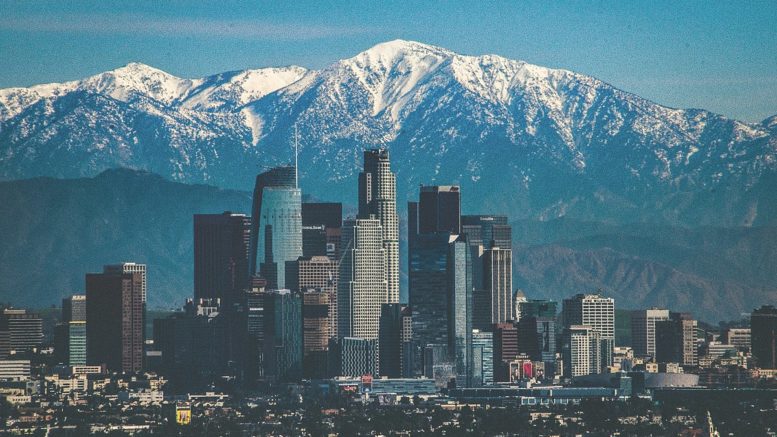 Activists in Los Angeles should be hounding its city council day and night to stop these devilish negotiations to create the “smartest city” in America that would follow the China model of Technocracy. Public-Private Partnerships are a spawn of the United Nations and Sustainable Development, aka Technocracy. ⁃ TN Editor

AT&T is exploring a public-private partnership (P3) that would make Los Angeles “one of the smartest cities in America.” Through the partnership, AT&T would deploy Internet of Things (IoT) and small cell technology across the city to support a variety of smart systems.

Among the areas the two have discussed are digital kiosks, structural monitoring, digital infrastructure and emergency services, according to a release from AT&T. The company emphasized that it would offer connectivity to neighborhoods on the wrong side of the digital divide.

“Access to information is the foundation of equality, opportunity, and prosperity,” said Los Angeles Mayor Eric Garcetti in a statement. “We are establishing unique partnerships as we deploy new networks and technologies across L.A. — and we’re excited to be discussing with AT&T how to empower Angelenos with new tools that could make their lives easier and our communities stronger.”

P3s are catching on around the country as cities look to upgrade their technology, infrastructure and logistics. According to a recent survey from Black & Veatch, a global engineering, procurement, construction (EPC) and consulting company, more than 60% of respondents from cities and municipal organizations thought that P3s were an effective financing tool for smart cities, making it the most favored tool. Working with private companies can help cities defray the high up-front cost, while the governments offer a willing customer for companies on nascent technology.

U.S. Rep. Darrell Issa, R-CA, who co-chairs the Congressional Smart Cities Caucus, has talked up the need for P3s to keep the government from the “trailing edge of technology,” saying at a March event that partnerships were about “writing an authorization allowing others to innovate and giving them a way to monetize it.”

What Los Angeles and AT&T are exploring appears to be more than just a single project or system. AT&T would use its IoT and 5G technology throughout the city to support smart cities in a variety of arenas. AT&T, for example, said it is already using a small cell buildout to bring FirstNet communications to L.A.’s first responders. Los Angeles has been building out its capacity as a smart city, earning a gold-level What Works Cities certification from Bloomberg Philanthropies, and has tried to innovate solutions to the city’s notorious traffic problem.