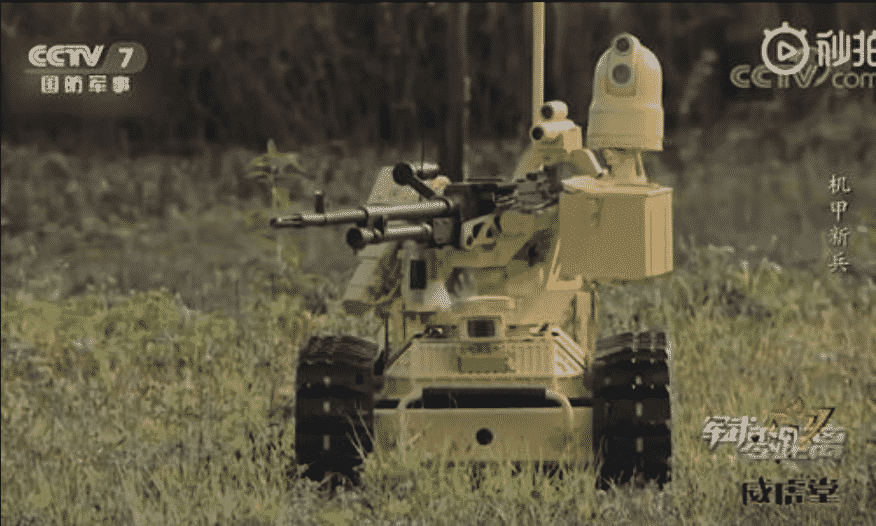 As a full-blown Technocracy, it is no surprise that China would engineer warfare with heavily-armed robots that can devastate a battlefield. The arms race to equal or better China is also in full-bloom in the U.S. and Russia. Technocrats build simply because they can.  ⁃ TN Editor

More robot warriors are entering the arsenal of the Chinese military, with the latest additions being a small model that’s equipped with a machine gun and a crane-like missile-loading robot, and experts said on Tuesday that robots will free human soldiers from heavy physical work and unnecessary danger.

The Chinese People’s Liberation Army (PLA) is in possession of the small ground robot, which can traverse complicated terrains, accurately observe battlefield situations and provide ferocious firepower, the PLA Eastern Theater Command said on Sina Weibo on Monday when reposting a China Central Television (CCTV) report on the robot.

The thigh-high robot looks like a small assault vehicle. It walks on tracks similar to a tank, allowing it to adapt to complicated terrains in open field combat, move quickly and climb stairs, CCTV reported.

Equipped with a machine gun, and observation and detection equipment including night vision devices, the robot can replace a human soldier in dangerous reconnaissance missions, the report said. Target practice results showed the robot has acceptable accuracy, and the use of weapons still requires human control.