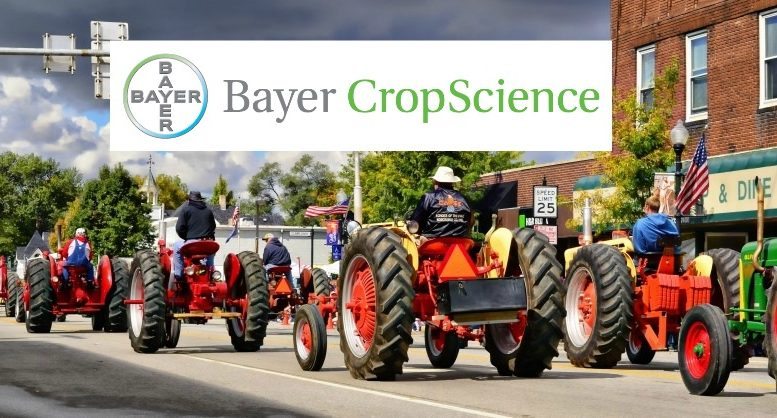 A global monopoly on food cannot end well for the eaters of the world. However, Bayer Science is intent  on forming such a monopoly and is well on its way. ⁃ TN Editor

Set to become the world’s largest seed technology company, if it is successful in acquiring Monsanto – Bayer’s Adrian Percy, a global head of Research and Development with Bayer, has publicly bemoaned the fact that consumers in Europe are staunchly resisting genetic engineering and even stated that he believes that the battle over GMOs in Europe is over.

“To be honest,” he said. “I think that battle is probably lost.”

Percy says that countries like France and Germany are simply not going to budge when it comes to GMOs and that there is no point in fighting it. But that doesn’t mean that Percy, Monsanto or Bayer are actually giving up. In fact, they’re simply gearing up for a new fight, this time, with more “educated” “scientists,” “farmers” and “consumers.”

The company is planning to push for a new form of genetic engineering known as gene editing. And this time, the corporation wants consumers pacified before the fight even starts.

Percy said he believes it’s critical that the scientific community get behind gene editing and other forms of genetic engineering and take the lead in advocating for the technologies to be used in Europe. There is little doubt, of course, that the legions of scientists who are getting paid by GMO seed companies to find positive results in their experiments…oops, I mean, (*Ahem) objective results.

This is despite the fact that the last time scientists and Bayer went on a propaganda spree in Europe, it ended with the deaths of millions of people in concentration camps in the second World War. But what is a few million people gassed to death between friends, eh?

But speaking of propaganda and indoctrination, it should be noted that Percy himself was speaking at the “Agvocacy” forum in San Antonia when he made his remarks.

“The debate in Europe,” he said. “Is going to be a difficult one because people are entrenched at this point.”

But Bayer is doing its best to ensure that Europeans do not retain their ability to think for themselves for very long. In fact, over a thousand farmers have already gone through Bayer’s 4-hour agvocacy re-education, er, training program. And 10,000 growers have already pledged to join Bayer and become “agvocates.”

The program is designed to equip the farmers “with facts about biotechnology and chemicals and how to engage with consumers through social media.”

In other words, we should soon expect an army of SJW farmers who become emotionally unhinged and personally insulted that you the consumer don’t want to eat the toxic crap they sold out to big corporations to produce.

Indeed, any grad student with a pot plant is likely to be considered a grower and will take to the interwebs to launch volleys of insults at soccer moms, hippies and foodies for daring to form their own opinions without a prescription from a PhD. Likewise, Bayer is working with its own CropScience division which contains 5,000 scientists to “help educate the public.”

Something tells me that out of the 5,000 scientists, there will be no dissenters. Obviously, it’s because the science is so rock solid…

Clearly it has nothing to do with their paychecks.

To make matters more irritating, Bayer has apparently taken cues from McDonald’s in terms of naming its programs. What’s next, will farmers become agfarmers and consumers become part of the Bayer community by being agsumers? Perhaps Bayer’s new technology will be neither genetic engineering nor gene editing. Instead, Europe may get to see genetic ag-geneering and ag-editing. Truly we expected better from what is set to become one of the largest corporations on the face of the earth.

Chief Technology Officer with Monsanto, Robert Fraley, has stated, “Certainly, if there’s anything that we’ve learned from our experience with GMOs, is we know that good science by itself is not enough. It has to be accompanied by great communication and a transparent relationship with the public.”

By great communication, Fraley really means good propaganda. And by good science, he means bought scientists. As for a transparent relationship with the public, we can only assume Fraley means the above quote where he publicly stated that he is going to help propagandize the public to promote his product.

Hi Patrick, I’m quite surprised that Turbeville is amplifying his criticism of the, obviously, nefarious corporate practices of Bayer by implicating them in the hypothetical extermination of “a few million people” through the use of the Zyklon B they manufactured in hydrogen cyanide gas chambers. There is still, after decades of drum-beat propaganda, no actual evidence of such extermination programs or the facilities that would be necessary to run them. This is despite the constant repetition of claims that such evidence, does of course exist.

At the widely-reported Nuremberg War Tribunal in 1946-47, 24 managers of Hoechst, Bayer and BASF were indicted for mass murder, slavery and other crimes against humanity. Antony Sutton wrote rather extensively on the activities of IG Farben and Bayer during WWII, and their involvement with Hitler’s Nazi Germany (Wall Street and the Rise of Hitler, 1976)