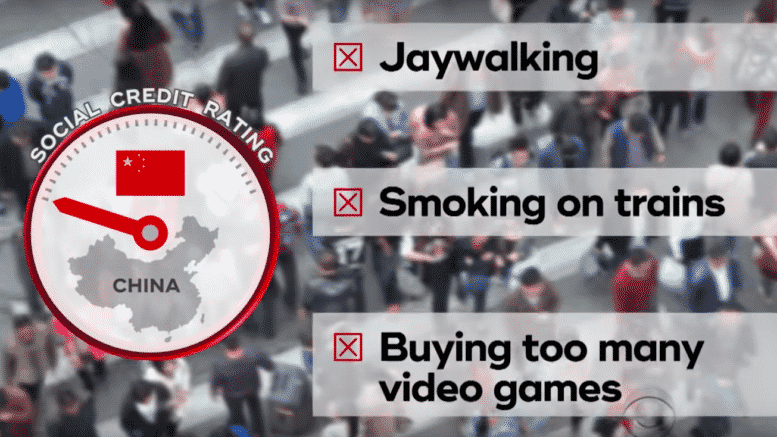 Please Share This Story!
PDF 📄
More journalists and news sites are sounding the warning over China’s Orwellian social engineering dictatorship to micromanage every citizen in their country – All 1.4 billion of them! ⁃ TN Editor

Beijing announced an “action plan” this week for monitoring residents’ behavior, adding that the city expects to have its social credit system fully implemented by the end of 2020.

Beijing plans to reward and punish its residents based on data that will be collected from various departments monitoring citizens’ social behavior, according to a detailed “action plan” posted on Monday to the city’s municipal website.

By the beginning of 2020, the announcement declares, China’s capital city will have all residents officially locked into the permanent surveillance program, part of a broader effort to have every Chinese citizen rated on a “social credit system” decreeing what public services a person can use based on their obedience to laws and loyalty to the communist regime.

The government will use the data collected to assess citizens’ behavior to decide if an individual is law-abiding and “trustworthy” to the Communist Party.

Residents who behave properly in the eyes of the Chinese government will receive high credit scores, while residents who misbehave will receive low scores, causing them to lead more difficult lives.

“Efforts will be made to build a market supervision mechanism with corporate credit as the core,” states Beijing’s municipal website, adding that it will explore the implementation of what it calls “the personal integrity project,” which will utilize residents’ credit scores for “market access, public services, tourism,” and “fields such as entrepreneurship and job hunting.”

Higher scores can also open the “green channel,” which will expedite residents’ applications for higher quality “education and medical resources.”

“Those who violate the law and lose trust will pay a heavy price,” adds the government website, stating that it will “improve the blacklist system” and that residents will find themselves “limited everywhere, and difficult to move” if they are deemed untrustworthy by the Communists in control.