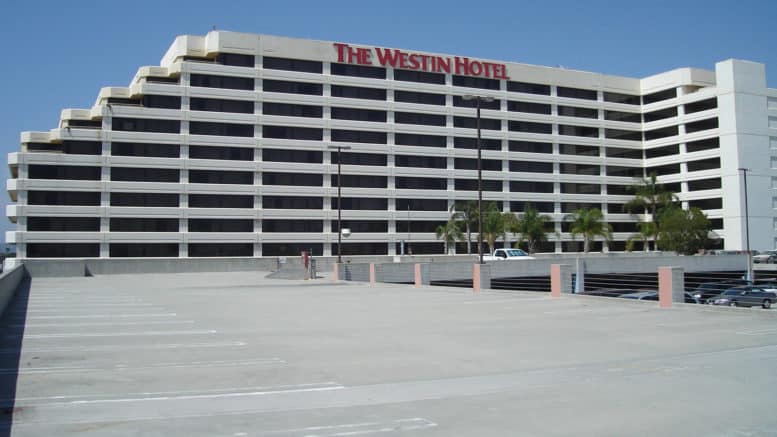 Please Share This Story!
PDF 📄
The Department of Homeland Security has penetrated large hotel chains to extend the Fed’s surveillance network to include unsuspecting travelers and especially women. Aside from rank discrimination, this is an ominous warning for all private industry. ⁃ TN Editor

When a tweet accused Marriott Hotels of “working with the feds and keeping [an] eye on any women who are traveling alone,” training staff to “spot an escort,” and “not allowing some women [to] drink at the bar alone,” Marriott’s official account proudly confirmed the observation: “You are correct. Marriott employees all over the world are being trained to help spot sex trafficking at our hotels.”

The brief Twitter exchange, which occurred in January, revealed some of the hidden presumptions behind Marriott’s efforts to stop sexual exploitation. Not only did it suggest that the company conflates all sex work with forced or underage prostitution, but it also hinted the world’s largest hotel chain considers all unaccompanied women to be worth monitoring—or, at the very least, that there’s confusion about this among staff.

After many on Twitter responded that they didn’t believe the policy would be non-discriminatory or effective at stopping sex trafficking, Marriott deleted the tweet without explanation. A spokesperson for the company later told Reason that the tweet was “inaccurate” and that “there is nothing in the training that advises hotel workers to look for young women traveling alone,” while crediting the company’s training program for removing young people from “dangerous situations.” Rep. Justin Amash (R–Mich.) tweeted that his office would be looking into the incident.

But the deserved dustup points to a much bigger issue than unusually watchful hotel staff. It’s part of a Homeland Security-backed coalition using human-trafficking myths and War on Terror tactics to encourage citizen spying and the development of new digital surveillance tools.

However well-intentioned, the surveillance tactics that have been adopted by hotel chains are part of a disturbing partnership between hospitality businesses, federal law enforcement, and rent-seeking nonprofits that increasingly seeks to track the movements and whereabouts of people, especially women, all over the country. Under pressure from the federal government and driven by persistent myths about the nature and prevalence of sex trafficking, hotel chains like Marriott have become the new frontiers of the surveillance state. Like the indiscriminate spying campaigns that grew out of the 9/11 attacks, it’s an effort based on panic, profiling, and stereotypes, and it is nearly certain to ensnare more innocents than it helps.

For years, the federal government has funded partnerships with hotels, airlines, truckers, and other public-facing industries under the mantle of stopping human trafficking and sexual exploitation. In theory, this partnership puts the private sector on the frontlines of rooting out abuse.

In practice, however, these efforts have largely wound up as law-enforcement-driven attacks on sex workers and their clients, on immigrants, and on other members of marginalized communities. Along the way, victims of actual trafficking are often swept up in the arrests and incarceration.

Many of these efforts fall under the purview of the Department of Homeland Security (DHS) “Blue Campaign,” which has been in place since 2010. Promoted as a way to help hotel and transit staff, hospitality businesses, and travelers “recognize the signs” of human trafficking, the Blue Campaign is best understood as an update to the war-on-terror surveillance systems developed under the George W. Bush administration. It relies on tactics adapted from “If You See Something, Say Something,” or S4, a campaign run by DHS that stems from New York City’s turn-of-last-century subway slogans.