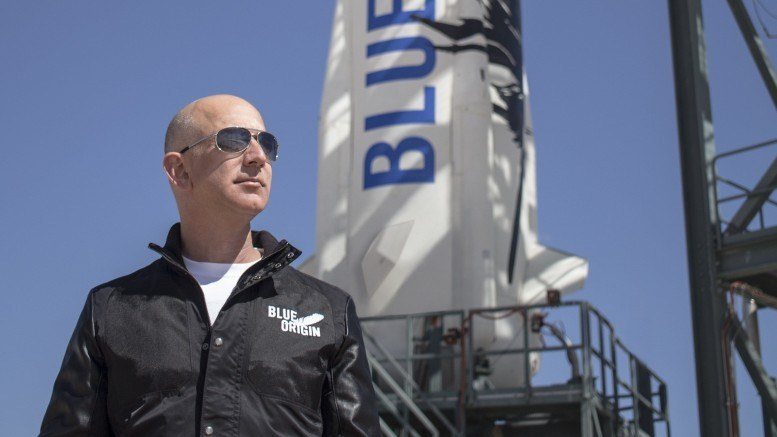 In his 1961 farewell address, President Dwight Eisenhower warned about the military/industrial complex and the scientific elite in the same breath, lest we ‘become the insolvent phantom of tomorrow.’ Big Tech and the Pentagon are chock full of Technocrats.

Bezos’ warning that Big Tech and the Pentagon need to be be tightly affiliated is a clear sign that Technocrats are in control of both.⁃ TN Editor

Amazon CEO and founder Jeff Bezos gave a dismal outlook for the nation if U.S. tech companies decide to not support the Pentagon’s war business.

“If big tech is going to turn their backs on the Department of Defense, this country is in trouble, that just can’t happen,” Bezos said at the annual Reagan National Defense Forum in Simi Valley, California.

“Look I understand these are emotional issues, that’s okay, we don’t have to agree on everything, but this is how we are going to do it, we are going to support the Department of Defense. This country is important,” he added.

Last year, Google announced that it was working with the U.S. military to analyze drone videos by using artificial intelligence.

In the wake of the firestorm, Google decided to not renew the contract upon its expiry in March 2019.

Loosely referencing the sequence of events in the wake of Google’s Project Maven, Bezos said that tech firms should support the U.S. military’s efforts.

“I know it’s complicated but you know, do you want a strong national defense or don’t you? I think you do. So we have to support that,” he said.

“We are the good guys, I really do believe that,” Bezos said.

Jeff, ‘good guys’ don’t overthrow elected governments, invade countries uncongenial to American-style business, sanction and blockade countries which pose no threat, and cause the death and displacement of millions of people. ‘Shock and awe’ tactics which target water supply system, sewage treatment infrastructure, electricity generating facilities, etc are obviously hurting civilians and rarely if ever causing the overthrow of a disfavored regime.

DITTO!!!! Take a good look around the planet at this specific moment in history.

Bezos has a VERY wrong slanted POV about what is good or right. Well, didn’t we know that already? Yes, I’ve answered my own question.