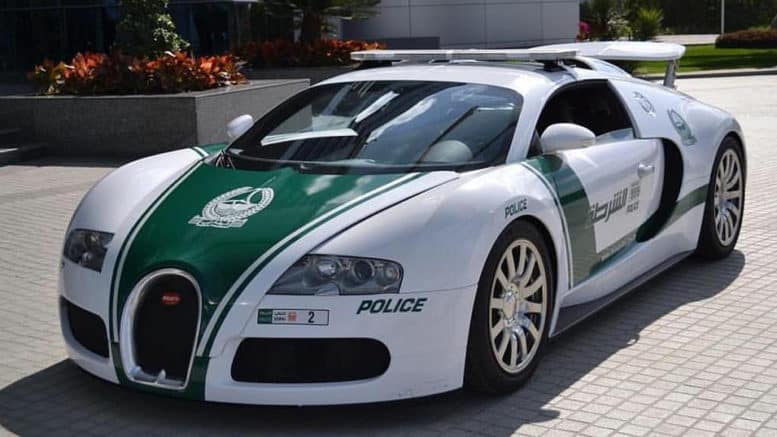 Please Share This Story!
PDF 📄
Because Dubai is an autocratic dictatorship, it is possible to implement Technocracy without any consultation with or consideration of the residents. Thus, the highest-tech equipment available is being rapidly implemented to create a tight-knit police state. Almost all of the technology is of western origin and will certainly make its way back to America. ⁃ TN Editor

Could Dubai’s technocratic police force and justice system serve as the blueprint for America’s police state of the future?

But behind all the lights and the noise, Dubai reveals its true form: a totalitarian police state ruthlessly controlled by absolute dictator Sheikh Mohammed bin Rashid Al Maktoum and his high tech militarized police force.

On the surface, Dubai may seem like a modern free market utopia, but it in reality is far from it. Every aspect of the lives of the city-state’s subjects are governed by a set of draconian laws with little more tolerance than its Islamist neighbors.

Freedom of the press as well as free speech are basically non-existent. It is illegal to criticize both the absolute ruler and Islam. Also, it is illegal to be gay, or to use a list of swears, insults or “rude gestures” that the state defines. It is furthermore illegal for unmarried couples to live together, have sex, and—even for married couples—to show public signs of affection. Tattooing is banned, as well as vaping, and alcohol is restricted to hotel bars only. Not to mention that if the police suspect you of a crime, you are guilty until proven innocent.

The police state ruthlessly enforces the drug war — with even testing positive for marijuana (Foreigners are randomly drug tested upon arrival) carrying a punishment of a mandatory 4 year minimum. And on top of that, you can bet whatever socially authoritarian laws there are in place in the United States, are also in place in Dubai.

But how does the police state actually attempt to enforce such restricting laws on a population of over 3 million people? A massive police force exists with an even more massive budget. There is also a blanket of surveillance over the whole city-state.

With an extremely wealthy, densely concentrated population, and an absolute ruler with the free rein to implement new government programs at the snap of a finger, Dubai, among other city states in the UAE, seems to be the ideal testing grounds for the police states of the future.

Private government contractors and authoritarians alike have praised Dubai’s police state. For example, Singapore based company OTSAW, which holds a large scale government contract to implement high tech security measures, has praised the Dubai model as “Groundbreaking for the future of police surveillance in large cities”. Even Donald Trump Jr. was happy to praise Dubai’s absolute dictator on a trip to the city-state last year; “The incredible vision Sheikh Mohammed has been able to put forward for this country is truly awe-inspiring,” he said.

Over the past two decades, Dubai has invested a ridiculous sum of money in constructing the world’s most high tech police force. They now have driver-less miniature patrol cars, armed with facial recognition that can identify “undesirables”. Then, they can release a drone to follow the suspect wherever the car is unable to go. Robocops patrol the street with AI technology. Flying hover bikes double as autonomous drones. They even have a fleet of super patrol carstotaling in the tens of millions, including Bugattis and Lamborghinis.

The city is blanketed in tens of thousands of AI CCTV cameras which can recognize and track individuals as well as vehicles. They can also determine if an individual is engaging in “suspicious behavior”. The police are trained in military tactics and armed to the teeth with military style gear and weapons; As well as in possession of a fleet of mine resistant armored vehicles and tanks. There are also hundreds of non-uniformed secret police constantly patrolling the streets watching for the slightest violations.

This all sounds like something out of a thin blue liner’s dream. Just how far will the thin blue line crowd take police power here in the US?