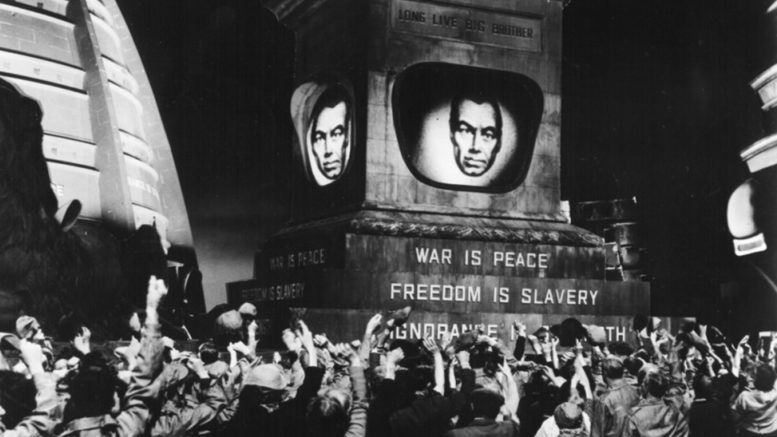 Nations are passing laws that conflict with other nations and the result will be ‘nationalized data’ similar to the Ministry of Truth in George Orwell’s dystopian book, Nineteen Eighty Four. Further splintering of the Internet is inevitable. ⁃ TN Editor

Is the dream of one global internet still alive?

Increasingly, moves by governments to filter and restrict content are threatening to fragment the system created with the promise of connecting the world with a largely unified body of content.

China for years has walled off some western services, and the fragmentation may be accelerating with regulations being imposed elsewhere, say analysts.

This is leading to a “splinternet,” a term circulated for a decade or more but gaining more traction in recent months.

“The internet is already fragmented in material ways, but each regulator around the world thinks they know how to fix the internet,” said Eric Goldman, director of the High Tech Law Institute at Santa Clara University.

“I think we will see a tsunami of regulations that will lead to a further splintering of the internet.”

The New Zealand Christchurch mosques massacre livestreamed online heightened the sense of urgency in some countries, with debates in the US and EU on curbing incitement to violence.

And a proposal unveiled in Britain could make executives personally liable for harmful content posted on social platforms. Similar ideas have been discussed by lawmakers in Washington.

These moves come as Facebook chief Mark Zuckerberg has called for a “common global framework” of internet rules.

But free-speech defenders warn it would be dangerous to allow governments to regulate online content, even if social media are struggling.

The UK proposal “is a very bad look for a rights-respecting democracy,” said R. David Edelman, a former White House technology adviser who now heads the Massachusetts Institute of Technology’s project on technology, the economy and national security.

“It would place the UK toward the far end of the internet censorship spectrum.”

Elsewhere, critics pounced on a bill in Singapore to ban “fake news,” calling it a thinly veiled attempt at censorship.

“It is not up to the government to arbitrarily determine what is and is not true,” said Daniel Bastard of the media watchdog group Reporters Without Borders.

“In its current form, this Orwellian law establishes nothing less than a ‘ministry of truth’ that would be free to silence independent voices and impose the ruling party’s line.”

According to human rights watchdog Freedom House, at least 17 countries approved or proposed laws to restrict online media in the name of fighting “fake news” and manipulation, and 13 countries prosecuted internet users for spreading “false” information.