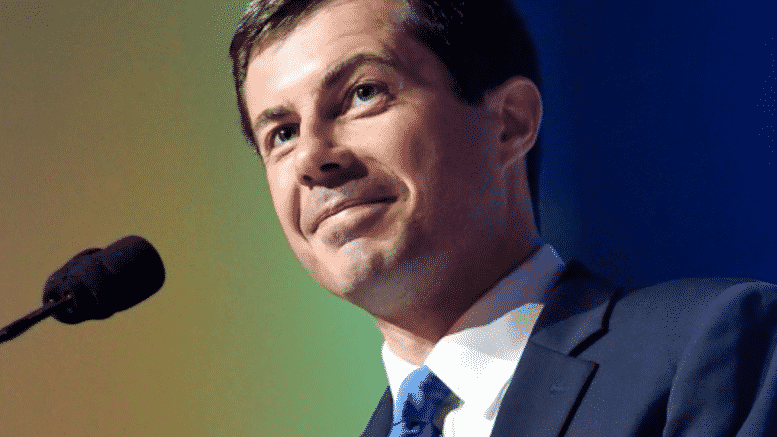 Please Share This Story!
PDF 📄
Gotta get those dangerous, dangerous cars off the road and make people walk, bicycle and scooter to their destinations. Federal transportation funding will be channeled through the unconstitutional, soviet-style Councils of Government and Metropolitan Planning Organizations. These quasi-governmental bodies attach conditionalities to all disbursements and force cities to comply with globalist agendas.

Transportation Secretary Pete Buttigieg vowed Thursday to stem rising traffic fatalities by imposing a host of fresh restrictions on everyday drivers while boosting those who choose to walk or use bicycles.

To that end he seeks more dedicated bus and bike lanes to get people out of their cars, retimed signals to favor pedestrians, enhanced speed cameras, greater traffic law enforcement and lower speed limits as part of the plan.

Buttigieg told the Associated Press new federal data being released next week will show another increase in traffic fatalities through the third quarter of 2021.

He believes the third-quarter numbers were expected to point to another sizable increase in deaths compared with the same period in 2020, adding to a half-year traffic death total of 20,160 that already was the highest half-year figure since 2006.

“It doesn’t look good, and I continue to be extremely concerned about the trend,” Buttigieg said in a phone interview with AP ahead of the strategy’s release on Thursday.

“Somehow it has become over the years and decades as normal, sort of the cost of doing business,” he said. “Even through a pandemic that led to considerably less driving, we continue to see more danger on our roads.”

Buttigieg sees addressing those dangers as a top priority, and getting people out of their cars and into public transport or alternatively on their bikes is one way to start.

Biden's Transportation Secretary Pete Buttigieg says taxing you by the number of miles you drive your car "shows a lot of promise"! https://t.co/BnbqFFPbB5

Over the next two years, he said, his department will provide guidance as well as $5 billion in grants to states to spur lower speed limits and embrace safer road design such as dedicated bike and bus lanes, better lighting and crosswalks.

When roads become safer for bicyclists and pedestrians, it opens up transit options overall and can lead to fewer dangerous cars on the road, he said.

How about making cars safer?
Petey the buttjamer is a joke
Where is the nod to global “warming” too?!
Please God crash the dollar and the “USA.GOV”

It’s true that the insane folks are running the insane asylum. I’m sure the 1% ruling class will continue to drive whatever vehicle of their choosing, sail in their yacht size sail-boats, fly in their private choppers and jets. Let the rest of us skateboard, ride bicycles, walk and eat cake. We can rest unassured that yearly property taxes will apply to walking and cycling too. I guess we can count ourselves lucky if we are “allowed” to drive electric cars. For those who have been looking. The cost to purchase a new electric vehicle is as far out of… Read more »

Oh YAY! Where I live it is 20 miles to the nearest grocery store. The roads seldom get any work done since we are very rural. More push to force people to live in urban areas and to give up our way of life.

The local populaces should greatly recommend to their mayors/county commissioners to reject federal funding in all forms and offers.

As long as he rides a bike to wherever he goes to pretend like he has a job.

“…stem rising traffic fatalities by imposing a host of fresh restrictions on everyday drivers” “Even through a pandemic that led to considerably less driving, we continue to see more danger on our roads.” YA THINK? DUH. OMG, what a load of bull. Since 2006 there has been no rise? Now, with acknowledged reduced driving habits it’s all a mystery to him? So, buttwig stupid boy thinks it must be the number of cars on the road. Do you hear that? It’s the sound of stupid. BOLLOCKS! Why are there more fatalities? OMG, it’s such a mystery! As predicted, Buttwig, traffic fatalities are rising… Read more »

Problem is that you will die in bike, walking driving a car or semi truck or train and planes. So what’s the safest do you think ? Maybe you can let people compete between electrical or gas, green energy or charcoal.

All of humanity has lost their rights to live their life as they see fit. A bunch of sociopaths with ill gotten gains have just decided to make us residents of an ant farm whether we like it or not. I wonder when earth’s 7.5 billion residents will pull their heads out of their rectums, notice what is happening and halt it?