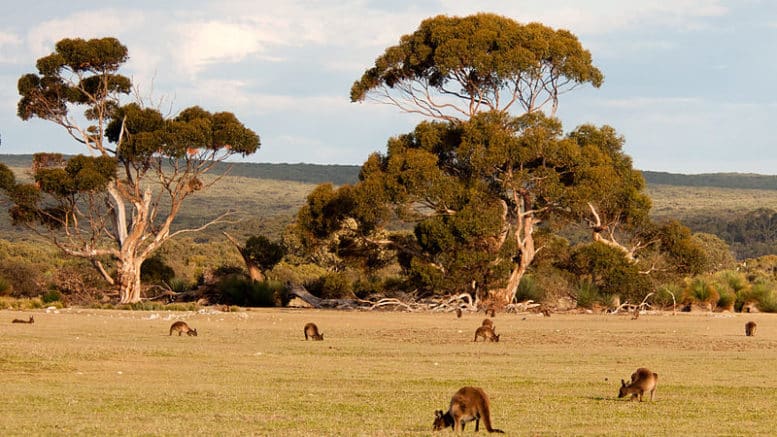 Please Share This Story!
PDF 📄
In typical climate-shaming manner, the Guardian first notes what this group did, they ridicules them for ‘denying climate science’, when in fact they are denying anthropogenic (man-caused) global warming.

A group of 75 Australian former and current business figures – including mining engineers and retired geologists – have signed on to an international declaration targeting the UN and the EU and claiming “there is no climate emergency” and that “CO2 is plant food”.

Several of the signatories to the group – which described itself as Clintel – have high-level links to conservative politics, industry and mining.

They include Hugh Morgan, a former president of the Business Council of Australia, and Ian Plimer, a director on Gina Rinehart’s Roy Hill Holdings iron ore project.

The move was designed to coincide with the UN’s climate action summit and general assembly in New York.

Also signing the declaration is Dr Peter Ridd, the former James Cook University scientist who claims that devastating bleaching events on the Great Barrier Reef are not driven by climate change.

Ridd was backed by Queensland’s beef and sugar cane industries to deliver a speaking tour in an attempt to undermine the science linking run-off from farms and poor water quality to coral declines. His views have helped force a Coalition-backed Senate inquiry into reef science.

The former chief scientist Ian Chubb compared Ridd’s efforts to the misinformation campaigns run by the tobacco industry on the impacts of cigarettes on public health.

The Clintel group describes itself as “a new, high-level global network of 500 prominent climate scientists and professionals” but it bears similarities to at least one previous network.

In an open letter addressed to the UN secretary general, António Guterres, and the UN’s chief climate negotiator, Patricia Espinosa Cantellano, the group describes the benefits of cutting greenhouse gas emissions as “imagined”.

One “ambassador” of the group is a Queensland-based coalmining veteran, Viv Forbes. Another is the well-known British peer Christopher Monckton, who once likened the leading Australian economist and climate adviser Prof Ross Garnaut to a Nazi.

The letter repeats well-worn and long-debunked talking points on climate change that are contradicted by scientific institutions and academies around the world, as well as the assessments of the Intergovernmental Panel on Climate Change.

Well, as the big picture goes I’m happy to see another group sign-on against the continuing climate hysteria. However, most of these guys, just like the climate Hysterics, are different sides of the same coin–all about profit. I have been counting on significant push-back from agriculture to meet out a solid whack-a-doodle to the hysterical Greta type groups. If this is the face of push-back then OK, go after them self-confessed conservatives. Whatever works to stop this stupid worldwide ‘UN says’ bull.