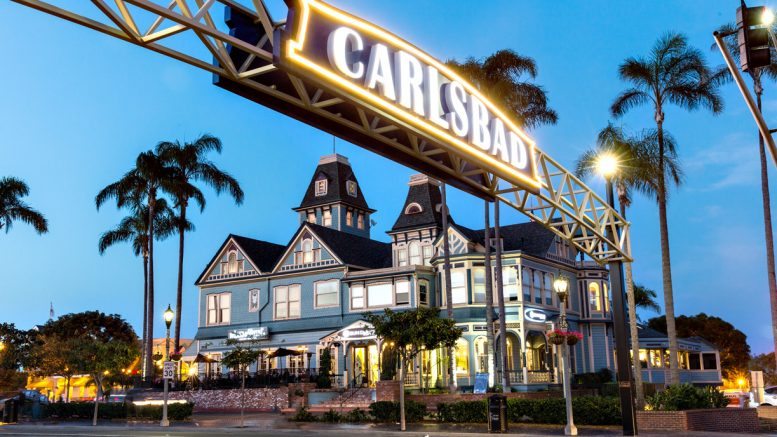 In the name of fighting crime, all citizens will be punished. Lazy and sloppy police work and inability to properly contain criminal elements, make it easier to implement draconian surveillance platforms. This is absolutely wrong-headed but it is sweeping the nation. Note that city police departments exist at the instance of the city councils, and report to the mayors. ⁃ TN Editor

Carlsbad is expanding its use of automated license plate readers into a system that aims to collect the registration information of every vehicle that enters the city.

The $1 million Police Department project — which will add stationary cameras at 14 key Carlsbad intersections, creating a virtual gateway at the city’s borders — was approved by the City Council last week, sparking outrage over privacy rights and government control from several residents and one council member.

Four council members, however, said they’re confident the information can be kept secure and that the system will increase safety for residents and police officers. They also said it may deter criminals from breaking the law in the city.

“To me, $1 million is a drop in the bucket when you are trying to protect 100,000 or more people, and everyone who comes into our city every day,” said Councilman Keith Blackburn, a retired police officer. “I don’t think this … is going to violate privacy.”

Several law enforcement agencies across San Diego County — including the Oceanside and Escondido police departments and the Sheriff’s Department — use license-plate readers on a much more limited basis. The devices are typically attached to certain patrol cars, scanning the plates of other vehicles that cross their paths. They have proved especially useful in locating stolen cars, officials have said.

Other cities throughout the nation, from Laguna Beach in neighboring Orange County to Palm Beach Shores in south Florida, have focused them on key access points into town — the blanket effect that Carlsbad is going for with its expansion.

But privacy rights advocates say widespread use of the devices can be a slippery slope and that strong laws are needed to govern how and when the information can be used.

“You can end up with a record of innocent drivers stored for an endless amount of time,” said Kellen Russoniello, a staff attorney at the ACLU of San Diego. “It’s fairly easy for nefarious government actors to find out where (people) go to the doctors, where they practice their religion … you can basically track wherever a person goes.”

Carlsbad first equipped four patrol cars with the readers in 2011 and two of those remain in use, police Capt. Mickey Williams said in a presentation Tuesday to the City Council.

Under the new program, the city will install the cameras on top of six mobile patrol cars and on stationary traffic lights at more than a dozen other locations — primarily at entry points where vehicles come from neighboring cities. The cameras automatically recognize license plates and check the information against a huge law-enforcement database, searching for hits about stolen vehicles, missing persons and other police cases.

The data collected will be deleted after about one year unless it’s needed for a criminal investigation, he said.

The decision to expand the program was based in part on FBI statistics that show property crimes have increased by 23 percent and overall crime has gone up 19 percent in Carlsbad since record lows in 2014. The cause of the increase is unclear but some have attributed it to the area’s recent growth and to the state’s early-release prison program.

Statistics show that most property crimes are committed by people who come from outside Carlsbad, said Williams, and the cameras can help prevent that. The scanners can immediately identify a vehicle reported as stolen or on a wanted list, and send that information to dispatchers and officers, thus identifying a criminal before another crime is committed.