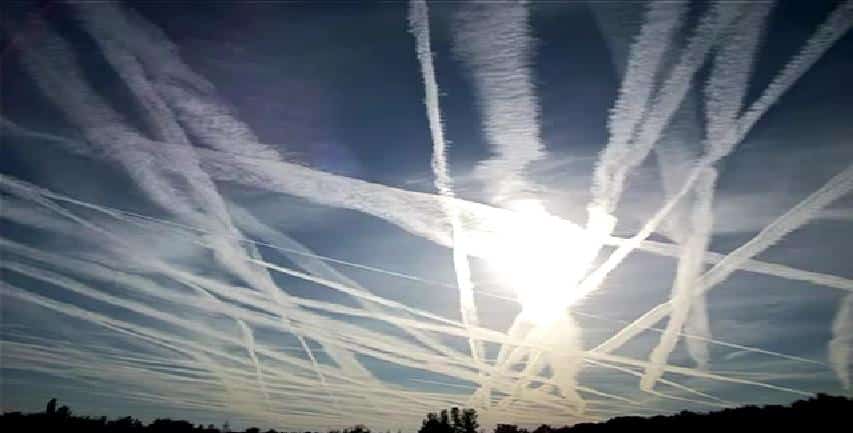 Scientists Openly Claim That Geoengineering Is Answer To Global Warming

Technocrat scientists have been experimenting with Geoengineering for years, but now it is finally in the open, as Bloomberg reports. The CIA director also recently discussed spraying the atmosphere at the Council on Foreign Relations. ⁃ TN Editor

As long-term global average temperatures steadily rise, and international efforts to address them steadily fall short, some scientists and engineers are working on increasingly desperate solutions to the symptoms of global climate change.

One approach to “geoengineering” the earth is to mimic the natural atmospheric cooling effect that tends to follow the massive dispersion of sulfur dioxide into the air during a volcanic eruption. There are a few obvious problems with this approach. For instance, it’s unclear what nation or international body would be authorized to release the sulfur dioxide. The chemical is also a pollutant that can cause acid rain. It might indirectly both eat away at the layer of ozone that protects living things from ultraviolet light and warm the lower part of the stratosphere above the tropics, about 19 miles up.

A group of Harvard researchers led by David Keith, a professor of applied physics and public policy, just proposed a different solution in the Proceedings of the National Academy of Sciences. An aerosol of calcium carbonate would have a similar cooling effect as sulfur dioxide on the upper atmosphere and help protect the ozone layer as a bonus.

The approach is akin to giving the atmosphere a handful of antacid tablets. The aerosol would block some incoming solar energy and neutralize airborne acid particles that are bad for the ozone.

The new study opens the world’s atmosphere-seeding options beyond sulfur dioxide, which has caused much debate inside and outside the scientific community. Turning to a calcium compound that’s among the most common on earth “could have significantly less environmental risk than sulfate aerosol,” the authors write.