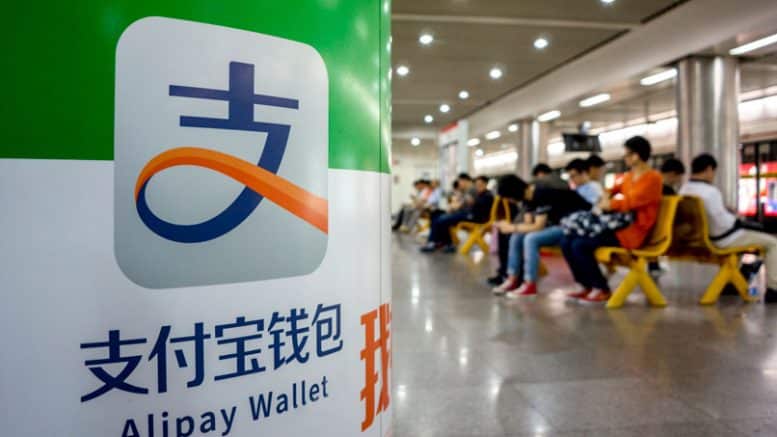 The plea for cashless society is always preceded by glowing benefits. China is the world’s largest and first big model of Technocracy, and as an authoritarian state, it can force whatever it wants down its citizens throat. A dictatorship is always the shortest path to Technocracy, and even in 1933, early Technocrats called for FDR to declare himself dictator in order to  summarily implement it. Those who do not understand Technocracy cannot recognize China as anything other than a Communist dictatorship. ⁃ TN Editor

Imagine a world that puts Bonnie and Clyde out of business—all because banks no longer stack bills and coins.

For example, if you want to spare some change for a beggar you no longer need to rummage through your pockets. Now, you simply scan the beggar’s bar code. This has already happened in China.

On February 28, Alipay, China’s leading third-party online payment solution and an affiliate of Alibaba, announced an ambitious plan to create a “Cashless Nation” in five years. And the countdown has started. As part of its efforts to encourage “top-down” supports for the program, Alipay will host a weeklong celebration of “Cashless Society Week” from August 1 to August 8.

During Cashless Society Week, Alipay will throw out various “cashless challenges” and accompanying awards to inspire institutions and individual rallies behind this unprecedented initiative. To date, Hangzhou, Wuhan, Tianjin, Fuzhou and Guiyang—five cities with an aggregate of 38 million population—have signed up for Alipay’s program. With more cities expected to join, the movement is gaining momentum.

Alipay expects that “cashless payment” could become another signature achievement of the modernized China. This is surely a shrewd move on the part of Alipay. With not-so-subtle peer pressure, no competitive cities want to be left behind in attracting tourists and business investments due to a lack of digital payment connectivity. A city can boast a “cashless ecosystem” when 90 percent of its local business and retail consumptions, transportations and public services are based in digital payments.

Subscriptions by local governments to the program would multiply. For example, I plan to leave my wallet at home when I visit my late father’s hometown, as Fuzhou expects to see 90 percent of its offline businesses supporting mobile payments by the end of this year.

Experiments abound. Tianjin, a city 78 miles away from Beijing, has introduced the concept of “cash-free campuses,” allowing the city’s 700,000 college students to pay their tuitions and other campus expenses with their mobile phones. Alipay-engineered digital cards, in addition to supporting cashless payments on campuses, will phase out physical student IDs.

In China, seeing a doctor is a notoriously difficult ordeal because of the excruciating wait time. In February 2016, Guangzhou Women and Children Medical Center joined force with Alipay and its affiliate Zhima Credit to launch the first “Payment after Treatment” system, making it the country’s first credit friendly hospital.

Patients who score 650 and above by Zhima Credit are entitled to direct registration, diagnosis and treatment, and medical exams and prescription services. Online payments follow the day after treatment.

Alipay expects the program to cut down hospital queues by reducing the average outpatient visit by 52.7 minutes—a 41 percent reduction.

On June 20, Hangzhou initiated the country’s first “facial scan” identification pilot system, allowing patients to convert their biometrics into QR codes, which will serve as their IDs for receiving medical treatments and making cashless payments. The program would benefit Hangzhou’s population of 9 million when fully implemented.