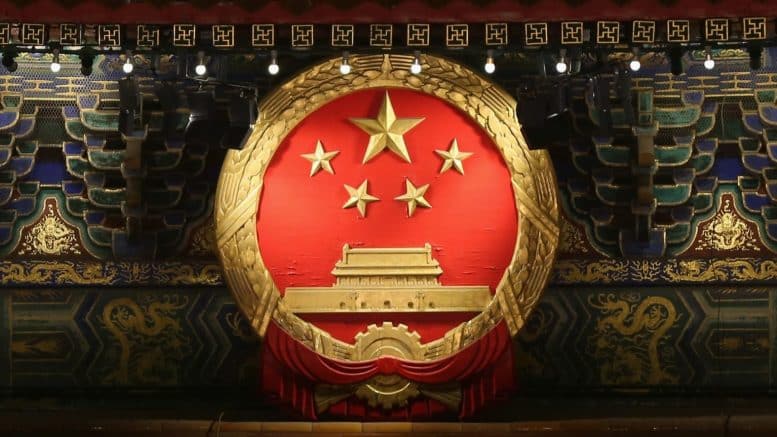 Being a full-fledged Technocracy, China’s Technocrats know how to surveille, spy, hack, data mine and identify better than any nation on earth. Their entire spy network was pointedly focused on President Trump’s visit to ‘negotiate’ with Chairman Xi. ⁃ TN Editor

Hundreds of Chinese government analysts worked nonstop for months studying every detail on President Trump in preparation for his state visit to China this week.

The information gathered includes hundreds of details about the president to be fed to reports for Chinese supreme leader Xi Jinping who will hold talks with Trump for his first visit to China as president.

A special government unit linked to the Chinese military is code-named Skyheart and made up some 350 officials who work around the clock at a secret facility in western Beijing called Western Hills, site of the People’s Liberation Army (PLA) general staff headquarters where China’s underground nuclear command and control complex is based, according to a person familiar with the operation.

Skyheart was first set up around 2012 and focuses exclusively on providing intelligence and information on foreign leaders to senior Communist Party and military leaders.

The analysts have been closely studying everything about Trump in preparation for the summit. No information is too trivial for the group, including Trump’s habits, his likes and dislikes, the books he reads, television programs he watches, food preferences, favorite clothes, and brand names of products he prefers.

The group also studies videos and photographs for clues to Trump’s personality.

In recent years, the Chinese analysts gained a relatively new window into Trump that has been closely scrutinized: his postings on social media.

Trump regularly signals his policies and preferences unofficially through the social media outlet Twitter. “No detail is too small to be gathered,” said the person familiar with Skyheart.

The open-source intelligence program, along with traditional human, electronic, and cyber spying, is a major focus of Chinese civilian and military leaders who regard the United States as China’s main enemy and most important intelligence target. Beijing’s other priority targets are Taiwan, Russia, and Japan.

It could not be learned if Skyheart operates as part of the civilian Ministry of State Security or the PLA intelligence service, recently renamed the Joint Staff Department Intelligence Bureau.

The president is scheduled to arrive in Beijing Nov. 8, and aides say he plans to press the Chinese leader on two issues: North Korea’s nuclear missile threat and bilateral trade and finance issues.

Based on Skyheart, the Chinese leader and his advisers will be ready for Trump, and like past presidential visits will host a series of highly scripted meetings and activities designed to influence the American leader in favor of Chinese policy goals and objectives.

Xi, the Chinese president, also is expected to exploit the Trump visit to boost his legitimacy and raise his international standing following last month’s Communist Party congress, which saw his reappointment and strengthened his powers as supreme leader.

In addition to the microscopic examination of Trump, his family, and close advisers, Chinese security services also will be engaged in massive electronic surveillance during the visit by the president and First Lady Melania Trump, along with the group of White House and administration officials and corporate business leaders.

Special security procedures will be used by all members of the traveling presidential party in a bid to reduce or eliminate Chinese eavesdropping. For example, many officials were directed not to use personal cell phones or computers in China that can be subjected to sophisticated electronic surveillance. Temporary-use phones and computers will be used by some Americans. Others will go without routine access to handheld devices.