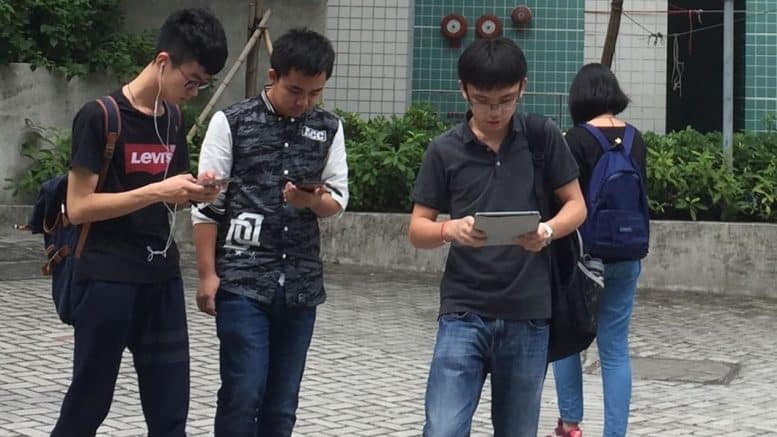 Breitbart does not recognize China as a Technocracy but Chinese Technocrats have mastered surveillance and control methodologies throughout their nation.  Social scoring of citizens for the sake of such control is devilish and dangerous. ⁃ TN Editor

The Communist Party of China (CPC) is boasting of over 100 smartphone applications designed to allow senior party members to more accurately track their underlings’ loyalty, based in part on how much communist propaganda the individual consumes on the app.

The Chinese state newspaper Global Times notes that these apps “place additional pressure on members to properly and timely show their loyalty and enthusiasm for the Party.” Party members can be reprimanded if their superior notices they have not been interacting with other party members, reading speeches by president Xi Jinping, or taking online communism classes often enough through the app. The article notes that those who excel and indoctrinate themselves with the apps may be eligible for prizes such as pens and notebooks.

The apps offer a variety of indoctrination media aside from Xi’s speeches, according to the Global Times—among these quizzes to hone knowledge of Maoist thought and broader classes on communist philosophy with required homework.

“The apps not only provide online classes to learn Party doctrines, but also enable users to pay their CPC membership fees or socialize with each other,” the Timesadds. “More importantly, the apps will help the CPC evaluate the performance of their nearly 90 million members in a visible, traceable and interactive manner.”

The article provides a number of reasons for there being so many apps, including the use of separate apps for different regional Communist Party structures, different features—like paying Communist Party dues—and different developers. They are all being organized under an umbrella project called “China’s Good Party Member.”

The Chinese government has taken significant technological liberties in the quest to promote communism. Last year, Beijing banned anonymous use of the internet, as well as the publication of any statements that offend “national honor” or suggest an overthrow of the “socialist system.” That law built upon a ban on the publication of blogs or internet comments anonymously passed in 2015.

The CPC regulation apps are part of a greater party organization overhaul in anticipation of the CPC National Congress, beginning October 18. The event, which typically occurs every five years, will give the party an opportunity to elect, re-elect, and promote leaders within the CPC. Local officials told the Global Timesin a separate article that they have already been using technology to communicate regarding recommendations for appointments and recruitment of candidates.