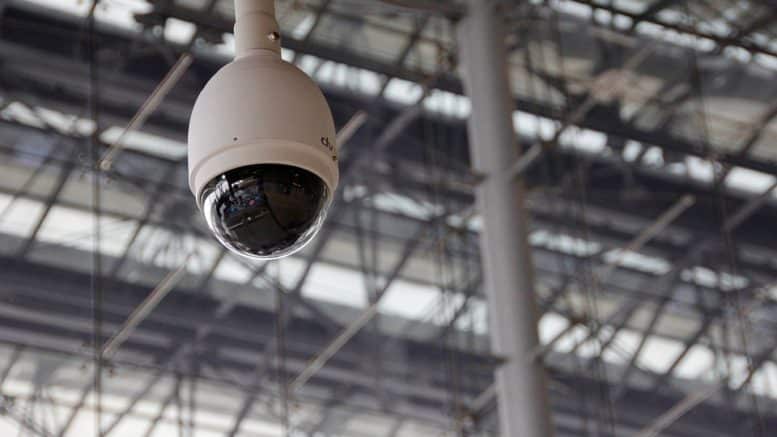 Please Share This Story!
PDF 📄
TN has warned repeatedly that China intentionally exports oppressive surveillance  technology to the world, and that includes the United States. It is widely acknowledged that China is the ‘perfect police state’ and other authoritarian regimes willingly follow the leader. ⁃ TN Editor

China has increasingly used its technological advances against its own people. Enabled by striking innovation in both the private and public spheres, it has gradually become  the “perfect police state,” a “high-tech superpower” in-the-making, and a world leader in oppression. Authoritarian regimes have long tried to control their societies through surveillance, policing, and fear. China presents no exception to this. What is significant, however, is China’s application of new technologies to build an ever-growing, an ever-intruding surveillance state. To be sure, China has created a novel model of networked authoritarianism. Xinjiang in China’s far west has become a real-life experiment: An area where individual freedom, liberty, and security are absent, replaced by a state surveillance system that aims for near total control.

The effects of China’s high-tech surveillance model reach well beyond its borders: Increasingly China has been selling its blueprint, including the software and hardware it uses in its surveillance regime, abroad. These outbound plans are suffused with the potential for the development of security societies, particularly in countries managed by regimes with poor human rights records and where democratic institutions are either weak or are still in their infancy. China’s surveillance technology exports could have a considerable impact abroad, potentially weakening or undermining the development of free and open societies. After its role in selling armed drones and the proliferation of drone strikes, now, through the sales of high-tech surveillance technology, China is changing the direction of the global security debate.

This practice, taking the concept of the Xinjiang testing ground for security technologies, extends to places where the consolidation of state power has become part of a new best-practices standard for not-so-liberal governments. Chinese technology has become an attractive commodity for many countries given the difficulty in developing such technologies as well as the costs involved in acquiring them. Some have come to rely almost entirely on China for their technologies and services. At the same time, those same countries have less-than-pristine human rights histories and are still considered fragile democracies. Authoritarian states have become money-spinning markets, and markets that have aroused the interest of the Chinese state have become dependent on China through easy loans and investments and the export of innovative technologies.

Mongolia has shown its eagerness to be a part of China’s economic initiatives and is partnering with both the Chinese Communist Party (CCP) and private companies to share in the AI technology spoils. Mongolia’s security strides can be cast against the country’s a fundamental rights track record, particularly in the context of the police and security sector. The Mongolian government has treated facial recognition software as an essential new technology for the management of inmates in high-security prisons. SenseTime, a Chinese technology company specializing in AI and facial recognition, and with a valuation of more than $4.5 billion as of 2018, is stretching the frontiers of technology and striving to achieve innovation supremacy.

In 2000, China’s telecom titan ZTE Corporation made its debut in Ethiopia, immediately serving as the primary supplier of that country’s telecommunications equipment. The technology provided by China has been an integral component of monitoring practices undertaken by the Ethiopian government. Ethiopia’s complete control over its telecom system has been linked to an erosion of freedom of expression and association as well as access to private information. Foreign technology, such as the technology China provides, facilitates government monitoring of private citizens and organizations in addition to government opposition. Arrests, detention, and interrogations also followed the Ethiopian government’s illegal surveillance of everyone in the country.

In March 2018, China made inroads into Zimbabwe, a country that has found its CloudWalk technology – China’s initial AI project in Africa – a very attractive means of managing its own surveillance program, ensuring that the government can maintain an all-seeing eye on the country and its people. The state-wide facial recognition technology has the potential for providing the government with information about very specific facets of society, including various ethnic groups, which those in positions of power could use in coercive ways. Zimbabwe has previously looked to China as a model for managing aspects of society, including social media and communications. Legal loopholes have made it possible for Harare to share the data of millions of Zimbabweans with China, possibly compromising their personal privacy and safety.

The Chinese government has worked alongside private tech companies to broker deals with, among other states, the Malaysian government, which seeks to equip Malaysian police forces with cutting-edge AI and facial ID scanning technology. Malaysia refers to its acquisition and employment of state-of-the-art technology as a thrust forward in the protection of its people. Devices like “smart glasses” can enable Malaysian authorities to tighten their grip on Malaysian society, ensuring that deviations from state laws and policies will not go unnoticed.

Over the past several years, Ecuador has also become a heavy user of Chinese surveillance technology. Assisted by a $240 million loan from China, it has installed a wide network of cameras and response centers, staffed by 3,000 government employees. The goal is to curtail violence, watch for natural disasters — and, of course, to surveil society. It remains to be seen if Ecuador can maintain its focus on natural incidents and cutting crime, or if the Ecuadorian government will be inclined, with the help of China, to further expand its surveillance state and curtail the freedom of citizens.