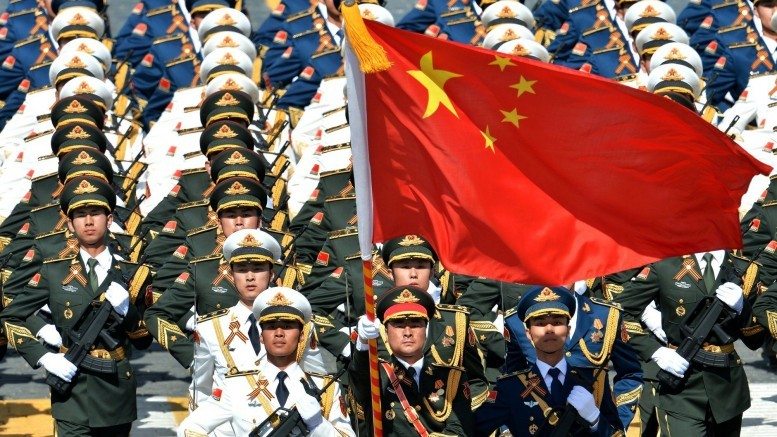 Please Share This Story!
PDF 📄
Technocrats at the G20 enclave being held in China, are issuing direct threats to anti-globalization citizens of the world: Back off, or else! While they are hiding behind the buzzword ‘trade’, they are pointedly defending their brand of globalization, which is Technocracy.If citizens saw this in these terms, they would increase their protest by an order of magnitude. ⁃ TN Editor

Jack Ma has a warning for those who see globalization as a problem: When trade stops, wars can follow.

“We should keep on going along the path of globalization,” Ma said Friday in Hangzhou, China. “Globalization is good… when trade stops, war comes.”

The executive chairman of Alibaba (BABA, Tech30) said he hopes the anti-globalization fervor that currently grips much of the world will ease after U.S. elections in November. China, in particular, has been a target of heated rhetoric.

“Every time there’s an election, people start to criticize China. They criticize this, they criticize that,” Ma told CNN’s Andrew Stevens. “[But] how can you stop global trade? How can you build a wall to stop the trade?”

G20 leaders are preparing to meet this weekend in Hangzhou, the city where Ma founded his e-commerce giant in 1999. Trade — and globalization — are likely to be major topics of discussion.

For his part, the 52-year-old Ma believes that globalization hasn’t gone far enough. He said international trade must now be improved so that more people can enjoy its benefits.

Ma is hoping to pitch G20 leaders on an electronic world trade platform, or e-WTP, that would help small businesses expand their customer base globally, the way multinational corporations have been able to. It would also help eliminate tariffs, inspections and other red tape that can trip up mom and pop shops.

“We need solutions for young people to leverage the technology we have, so they can buy anywhere, sell anywhere, trade anywhere,” he said. “If you want to get involved, just join.”

The CNN story and interview are notable for the lack of any facts or details. ON its face, Mr. Ma’s concept has some merit. However, the devil is always in the details. If he had to pitch it to the G20 to get it implemented, I don’t think we’ll have to worry about it. When they get done, it will be a bloated, bureaucratic nightmare that no business owner in their right mind would participate in. As for the threat of war, that’ll come anyway. The Chinese communists are desperately flailing about for a way to distract a few billion… Read more »