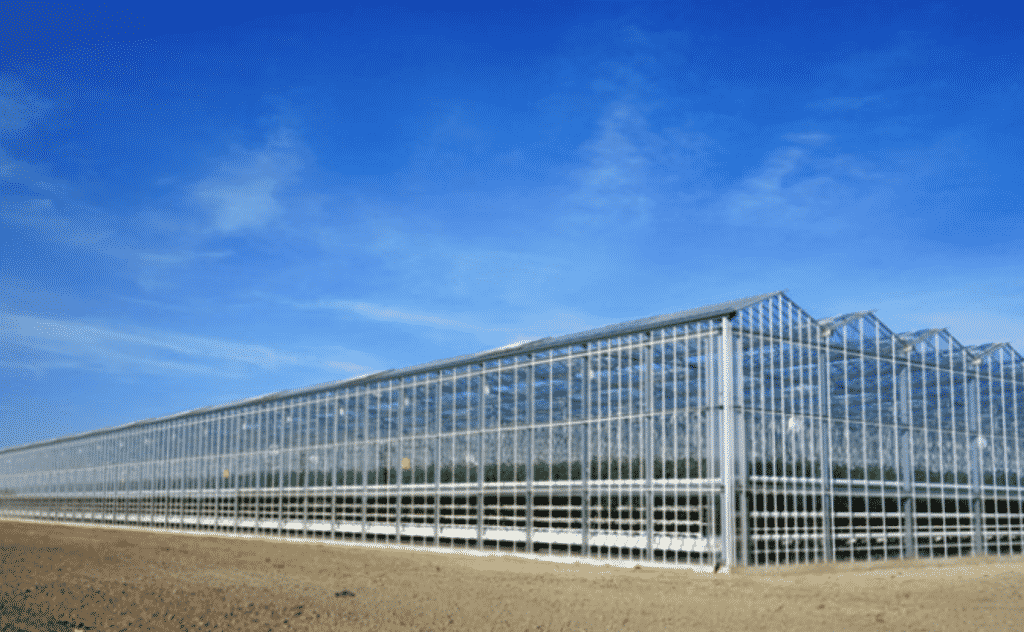 As a Technocracy, China aspires to be the most engineered, efficient and controlled nation on earth. Taking all food production into greenhouses will do away with traditional farming, offering exacting control over production and consumption.

Remember Technocracy’s early definition from 1938: “Technocracy is the science of social engineering, the scientific operation of the entire social mechanism to produce and distribute goods and services to the entire population.”

China will start big, of course, with almost 5 million acres under greenhouse domes. This is over 6 times the size of Rhode Island and they say it will cost $20 billion. They project that the entire global food supply could be re-housed in greenhouses for a mere $500 billion.

The rationale is that food supply will not be affected by the variabilities of normal climate and climate change. But, it would trade a major, decentralized agricultural infrastructure into one centrally controlled by a few Technocrat oligarchs who are hardly benevolent dictators. ⁃ TN Editor

China will build 2 Million hectares (20 billion square meters) of controlled environment greenhouses by 2025 and this will produce half of their vegetables and crop needs. Temperature, humidity, lighting would all be under controlled conditions. It would not matter if there were new extreme temperature swings outside or if there was drought. The needed food and water would be immune to any projected climate change over the next 500-1000 years.

Alibaba sells greenhouses for as little as 70 cents per square meter. The bulk, high volume cost to the manufacturer is about 50 cents per square meter. If installation labor costs are 50% of the 2 million hectare project then it would cost about $20 billion for the 2 million hectare project. $40 billion would be sufficient for China to make 40 billion square meters of climate-controlled greenhouses which could produce all vegetables and crops. It would cost $260 billion to make greenhouses for the food production of the entire world.

Indoor climate-controlled agriculture has almost no need for pesticides and uses 7% of the water. This would take up 3-5% of the total land area of open-air farming.

Additional funds could be provided for higher demand from population growth and for some level of automation, sensors and other systems.

There is an economic analysis of smaller scale greenhouse and vertical farming. The all-in delivered cost of a pound of greens grown in a commercial greenhouse is estimated to be $2.33 per pound. It cost $18.3 million to build 280,000 square feet (2.6 hectares) of commercial greenhouse in the USA. The total cost to grow would be just over $3.0 million per year for 2 million pounds of greens or $1.52 per pound. BrightFarms employs 165 people for the three greenhouses. $1.10 per pound consists of employee costs.

The cost estimates for greenhouses could be brought down to $1 per pound or less with large-scale construction. Below are costs for 2.8 hectare systems in the USA.

There is value to having national food security and not having to depend on imported food. Ten billion to twenty billion dollars per year in indoor farm subsidies closes the cost gap with open-air farming.

China’s controlled environment system will have a lot of automation and lower construction costs because of the massive scale and lower costs in China.

PNAS – Wheat yield potential in controlled-environment vertical farms Wheat growing is vastly more land and water-efficient but costs are not yet competitive with open-air farming.

Wheat is the most important food crop worldwide, grown across millions of hectares. Wheat yields in the field are usually low and vary with weather, soil, and crop management practices. We show that yields for wheat grown in indoor vertical farms under optimized growing conditions would be several hundred times higher than yields in the field due to higher yields, several harvests per year, and vertically stacked layers. Wheat grown indoors would use less land than field-grown wheat, be independent of climate, reuse most water, exclude pests and diseases, and have no nutrient losses to the environment. However, given the high energy costs for artificial lighting and capital costs, it is unlikely to be economically competitive with current market prices. Wheat grown on a single hectare of land in a 10-layer indoor vertical facility could produce from 700 ± 40 t/ha (measured) to a maximum of 1,940 ± 230 t/ha (estimated) of grain annually under optimized temperature, intensive artificial light, high CO2 levels, and a maximum attainable harvest index. Such yields would be 220 to 600 times the current world average annual wheat yield of 3.2 t/ha. Independent of climate, season, and region, indoor wheat farming could be environmentally superior, as less land area is needed along with reuse of most water, minimal use of pesticides and herbicides, and no nutrient losses.

Meat production could also be brought under climate control. The feed for cows, pigs, chicken and fish could be either brought into greenhouses or converted to insects. Insect feed can be twenty to one hundred times more space and water-efficient.

Meat can be converted into cell-based production in large vats. This would be similar to the industrial production of beer.

There would be zero risk of mass starvation caused by temperature or drought-induced crop failure.

There may not be a need to bring all crops indoors. But if China brings half of all of their crops indoors in five years it clearly shows that civilization can bring all crops and farming indoors at any time. The cost as I have shown is less than 0.5% of global GDP for the crops and a few percent to deal with the meat and feed as well.