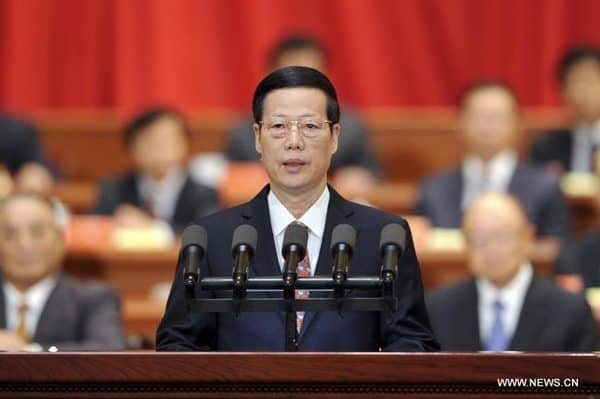 Please Share This Story!
PDF 📄
In China’s view through the lens of Technocracy, globalization is ‘unstoppable’ and Technocracy is inevitable. This is typical Technocrat thinking that their own crystal ball is infallible. ⁃ TN Editor

Globalization will continue to move forward, but nations still must respect one another’s “core interests,” the leader responsible for overseeing China’s economic policy said on March 25.

“The river of globalization and free trade will always move forward with unstoppable momentum to the vast ocean of the global economy,” Chinese Vice Premier Zhang Gaoli said in a speech at the Boao Forum for Asia, an annual conference on the southern Chinese island of Hainan.

Zhang told the gathering of Asian leaders that the world must commit to multilateral free trade under the World Trade Organization and needs to reform global economic governance.

China has pressed hard for globalization since the election of U.S. President Donald Trump.

In a speech earlier this month, Zhang said China opposes protectionism and is willing to work with the rest of the world on globalization. “The world economy is in a deep adjustment, growth is weak and trade protectionism is rising,” he said.

But, hinting at China’s ongoing buildup in the South China Sea, Zhang also said nations should be mindful of each other’s “core interests” and refrain from undermining regional stability.

Negotiations on the 16-nation Regional Comprehensive Economic Partnership, an Asia-wide agreement that’s favored by China, should be concluded soon and regional cooperation such as with the Association of South East Asian Nations should be advanced, Zhang said.

This is disingenuous claptrap from China. China is one of the most Nationalistic and protectionist nations around.