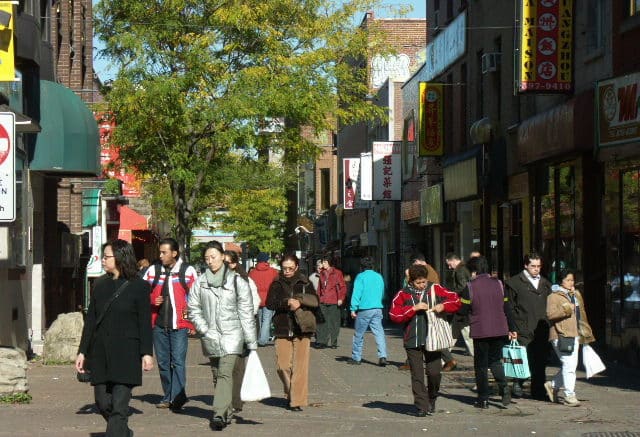 To justify Smart Cities where walking is the primary mode of transportation, researchers now claim that earnings and upward mobility increase in walkable cities where cars are diminished or eliminated. ⁃ TN Editor

Now, add another big benefit to the list: Children who live in walkable neighborhoods have higher levels of upward economic mobility.

That’s the key finding from a new study published in the American Psychologist. The study, “The Socioecological Psychology of Upward Social Mobility,” by psychologists at Columbia University, the University of Virginia, and the University of Illinois at Urbana-Champaign, looks at the effect of growing up in a walkable community on the economic mobility of children. The walkability measure comes from Walk Score. The economic mobility measure is based on the detailed data developed by economist Raj Chetty and his research team. Their data cover more than 9 million Americans born between 1980 and 1982 and gauges the probability that children from households in the bottom fifth of the income distribution will reach the top fifth by age 30.

The new study looks at walkability across more than 380 commuting zones, the basic unit used by Chetty’s team, which are similar to metro areas. It examines the effect of walkability in light of five key factors—school quality, income inequality, race, social capital (measured through community and civic participation), and the share of families with single parents—that Chetty and others have found to be associated with economic mobility.

Walkability has a sizable effect on upward economic mobility, according to the study. Indeed, walkability accounted for 11 percent of the additional variance in economic mobility above and beyond these five key factors. (Statistically speaking, the size of the R2 for their model increased from .41 without walkability to .52 with walkability added to the five factors).

The study considers the possibility that this result may reflect the effects not of walkability per se but of other features of walkability like density or urbanity. Research by Chetty’s team and others using their data has found economic mobility to be higher in communities that are denser (or less sprawling) and less segregated. To control for this, the study ran a series of additional models with variables for density, historic buildings, and other factors associated with urban neighborhoods. In all of these models, walkability remained closely associated with upward mobility.

The effect of walkability might also be picking up other factors that are associated with walkable neighborhoods like higher incomes, better health and longevity, more knowledge-based industries, more liberal social attitudes and less violent crime. So, the researchers conducted additional analyses to accounted for such factors. Here again, walkability remained closely connected to upward economic mobility.

As they write: “The more walkable an area is (as indexed by Walkscore.com), the more likely Americans whose parents were in the lowest income quintile are to have reached the highest income quintile by their 30s. This relationship holds above and beyond factors previously used to explain upward mobility, factors such as income inequality and social capital, and is robust to various political, economic, and demographic controls; to alternate specifications of upward mobility; and to potentially unspecified third variables.”

Or simply put, children who grow up in walkable communities fare better economically, controlling for a wide range of economic factors as well as the related characteristics of those neighborhoods.