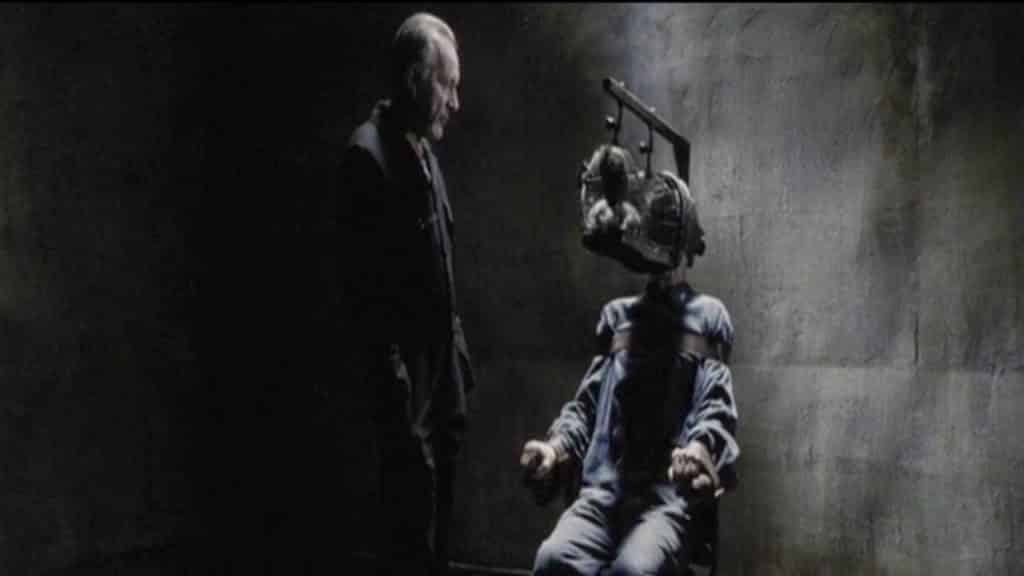 Orwell’s torture ‘Room 101’ to adjust memories may be a thing of the past as Technocrat scientists are nearing a drug-related solution to ‘help you’ erase memories, whether good or bad. Is two plus two really four, or is it five? ⁃ TN Editor

The 60 souls that signed on for Dr. Alain Brunet’s memory manipulation study were united by something they would rather not remember. The trauma of betrayal.

For some, it was infidelity and for others, a brutal, unanticipated abandonment. “It was like, ‘I’m leaving you. Goodbye,” the McGill University associate professor of psychiatry says.

In cold, clinical terms, his patients were suffering from an “adjustment disorder” due to the termination (not of their choosing) of a romantic relationship. The goal of Brunet and other researchers is to help people like this — the scorned, the betrayed, the traumatized — lose their total recall. To deliberately forget.

Over four to six sessions, volunteers read aloud from a typed script they had composed themselves — a first-person account of their breakup, with as many emotional details as possible — while under the influence of propranolol, a common and inexpensive blood pressure pill. The idea was to purposely reactivate the memory and bring the experience and the stinging emotions it aroused to life again. “How did you feel about that?” they were asked. How do you feel right now? And, most importantly: Has your memory changed since last week?

The study is now complete, and Brunet is hesitant to discuss the results, which have been submitted to a journal for peer review and publication. However, the participants “just couldn’t believe that we could do so much in such a small amount of time,” he confides.

“They were able to turn the page. That’s what they would tell us — ‘I feel like I’ve turned the page. I’m no longer obsessed by this person, or this relationship.’”

Brunet insists he isn’t interested in deleting or scrubbing painful memories out entirely. The idea of memory erasure, of finding the cellular imprint of a specific, discreet memory in the brain, of isolating and inactivating the brain cells behind that memory, unnerves him. ‘It’s not going to come from my lab,” he says, although others are certainly working on it. Memories are part of who we are, what forms our identity, what makes us authentic, “and as long as only one choice exists right now, and it’s toning down a memory, we feel on very solid and comfortable ground,” ethically speaking, Brunet says.

“However, if one day you had two options — I can tone down your memory, or I can remove it altogether, from your head, from your mind — what would you choose?”

“If you could erase the memory of the worst day of your life, would you,” Elizabeth Phelps and Stefan Hofmann write in the journal, Nature. “How about your memory of a person who has caused you pain?”

What was once purely science fiction is moving ever closer to clinical reality. Researchers are working on techniques and drugs that might enable us to edit our memories or at least seriously dull their impact — to make the intolerable bearable — by, say, swallowing a pill to block the synaptic changes needed for a memory to solidify. A pill that could be taken hours, even months or years after the event.

Much of the work is based on the theory of memory reconsolidation – the belief that the mere conscious act of recalling or conjuring a memory makes it vulnerable to tinkering or meddling. When a memory is evoked, a reconsolidation window opens for a brief period of time (two to five hours, according to Brunet), during which time the memory returns to a state of “lability.” It becomes pliable, like Play-Doh. It also becomes susceptible to modification, before “reconsolidating” or re-storage. The thought is that propranolol interferes with proteins in the brain needed to lock down the memory again.

A similar line of thinking holds that a memory isn’t an exact impression of the original event, an Iphone video of the past, says Boston University neuroscientist Steve Ramirez. Rather it’s more like Plato’s wax tablet. Press a signet ring into the wax and it leaves an imprint, but the wax can melt when we recall the memory, form again and then melt all over again. “Memory is dynamic,” Ramirez says. It isn’t static. Memories can also be updated with new information when they’re recalled, like hitting “save as” every time you go into a Word file.