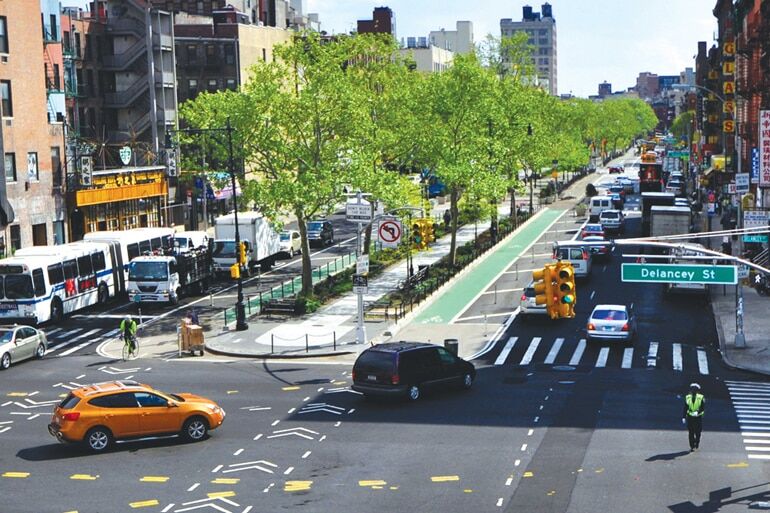 Complete Streets’ promotes bicycles, scooters, foot traffic, light rail, etc., to the detriment of private transportation. In Pittsburgh, bike and lane usage will be zero in the winter when temps hover around 20 degrees.

Complete Streets are streets for everyone. They are designed and operated to enable safe access for all users, including pedestrians, bicyclists, motorists and transit riders of all ages and abilities. Complete Streets make it easy to cross the street, walk to shops, and bicycle to work. They allow buses to run on time and make it safe for people to walk to and from train stations.

At the time when many of Pittsburgh’s streets were built, top travel speed was dictated by horses, and later, a trolley car at full tilt.

Now, drivers attempt to maneuver those same narrow, complicated streets at 40 or 50 miles per hour, said Karina Ricks, director of the city’s Department of Mobility and Infrastructure.

“That really is a wildly dangerous situation. When we have very soft human bodies mixing in with these 3-ton metal objects,” she said. “We share these streets … we’re part of a larger community, and [one of the] cardinal duties of being in a community is to protect and preserve other community members.”

The city’s long-awaited bike plan will be central to resolving that chaos, said Ricks. The new 10-year plan, due to be released by the end of January for public comment, will cover both how to close gaps in the existing network and how to expand it. The plan calls for adding more than 100 miles of bike facilities over 10 years, but “we’re not trying to wait 10 years,” she said.

Over the next two years, Pittsburgh officials will partner with local nonprofits Bike Pittsburgh and Healthy Ride, who will be supported by Colorado-based nonprofit advocacy group People For Bikes, to design and build 60 miles of new and updated bike infrastructure.

A connected system will be safer and allow more people to choose cycling as a viable means of transit, said Eric Boerer, advocacy director for Bike Pittsburgh. But perhaps most importantly, it will add predictability to the road network.

“Bike infrastructure isn’t just for bicyclists, it’s also for drivers,” he said. “When you create a space for everybody it just makes the whole street less chaotic and makes it a lot more peaceful.”

Pittsburgh is part of a larger national shift in how cities approach bike infrastructure. The last two or three decades saw cities make piecemeal additions of a bike lane here or a trail segment there, said Kyle Wagenschutz, director of local innovation with People For Bikes.