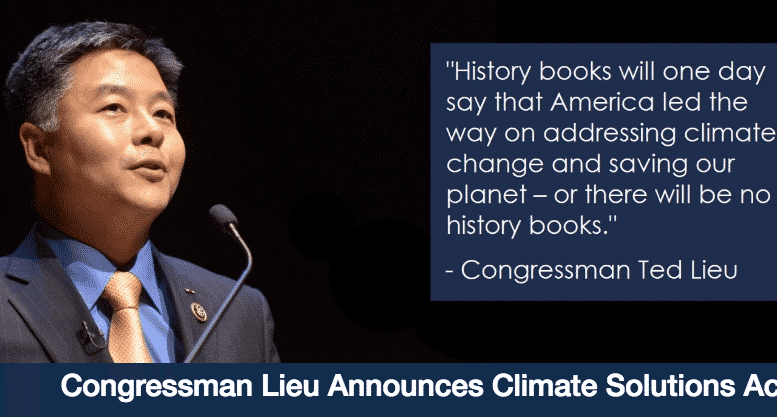 TN Note: Politicians who blindly follow the pseudo-science of hardened Technocrats are re-igniting a form of the Inquisition where ‘non-believers’ are punished for their non-conformist beliefs. The absolute destruction of the First Amendment is at hand, and anyone not in favor of that has a very short time to stand up and confront these charlatans before it is too late.

California congressmen wrote a letter to state attorney general Kamala Harris claiming the freedom of speech “is not designed to protect fraud and deceit” of the likes being spread by oil company ExxonMobil about global warming.

Nineteen Democratic lawmakers told Harris her “investigation as to whether ExxonMobil lied about the truth of climate change and misled investors does not constitute an effort to silence speech or scientific research.

“The First Amendment protects freedom of speech, but it does not protect companies from defrauding the American people or improperly disclosing information to their shareholders,” lawmakers, including California Reps. Maxine Waters and Ted Lieu, wrote to Harris.

Reporters with InsideClimate News and Columbia University claim the oil company tried to cover up climate science and fund groups that were opposed to federal energy regulations and skeptical of man-made warming. Harris is now investigating whether or not Exxon misled shareholders about the risks of global warming.

Lieu, Waters and the other Democrats writing to Harris sent their letter in response to an inquiry from Texas Republican Rep. Lamar Smith. Smith, the chairman of the House Committee on Science, Space and Technology, requested documents from state AGs and environmentalists working against Exxon.

“We are supportive of your investigation and believe the Science Committee’s baseless allegations against you are nothing more than part of his continued agenda to assault climate science,” the Democrats wrote. “As you know, recent evidence suggests that leading oil companies, such as ExxonMobil and Shell, confirmed the science of climate change decades ago and even changed their business decisions to adapt to a warming planet.”

Republicans, however, have come out against the Exxon probe, arguing it’s being pushed behind the scenes by activists with an ax to grind. AG investigations into Exxon has also sparked free speech concerns since it has ensnared dozens of conservative think tanks, policy experts and scientists.

In conducting standard due diligence before committing to written spoken word on science, I could find no science papers article tabled by Mr Smith! AS an outsider, far from USA chatter, I write to correct the ill-founded thoughts presented to Congress! I write in very lay terms. Apology for length but, this ill-informed attack on the USA Government and Science community must be addressed in some detail, by experts who understand the science and indeed the massive business opportunity that Congress is not being informed about! Climate Change is a natural event following mass volcanic eruptions of CO2e, dust, etc.… Read more »

Robert – I am allowing your comment so that our readers can get a glimpse into the mind of one who is totally consumed by United Nations propaganda on CO2 and global warming. I have no doubt that you are sincere in your beliefs, but you are sincerely wrong. The United Nations is dedicated to overthrowing the current economic order (Free Enterprise and Capitalism), replacing it with Sustainable Development, or Green Economy. Global warming is a scare-mongering tactic to stampede the world into the only solution that is being offered – Sustainable Development. As I have clearly documented in my… Read more »

Maxine Waters obviously has a double standard as numerous business and government organizations are ENCOURAGED to lie to the American public for profit….she got wealthy…does anyone know where all that money came from? Investments in big Pharma? Campaign finance money from which companies? Looking the other way while the CDC helps big Pharma avoid liability lawsuits?
The list is extensive.