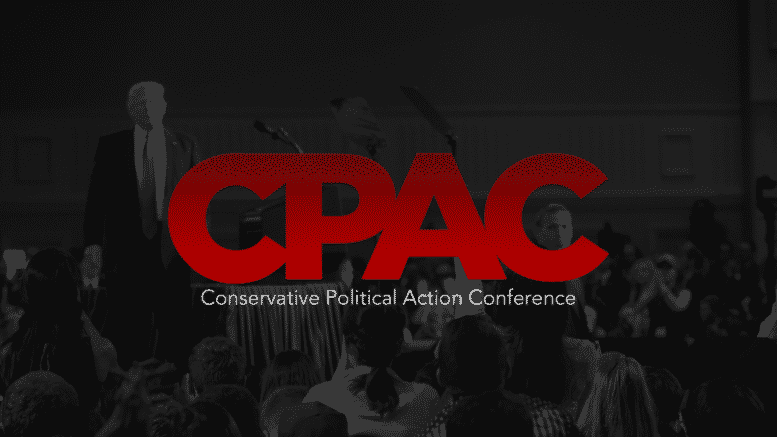 At Google, technocrat skills of social engineering are focused on nudging the conservative movement to be more accepting and positive toward its policies. In this case, CPAC is a logical place to start. ⁃ TN Editor

Google’s senior director of U.S. public policy, Adam Kovacevich appeared to describe the Conservative Political Action Conference (CPAC) as a “sideshow Circus,” in a leaked audio recording in which he also argued that Google should remain a sponsor of the conference to “steer” the conservative movement “away from nationalistic and incendiary comments.”

The comments came to light in leaked audio files allegedly of a company-wide meeting at Google, part of which is now exclusively reported by Breitbart News. Another part of the transcript was released last Friday on while further snippets revealing Google’s funding of establishment conservative think-tanks were published by the left-leaning tech magazine Wired in December.

The alleged meeting took place in the wake of Google’s sponsorship of CPAC in 2018, which triggered an internal rebellion from left-wing employees of the tech giant. Breitbart News exclusively reported on the revolt at the time, in which radical left-wingers inside Google accused CPAC of “ethno-nationalism” and “hate.”

Google has not denied the authenticity of the leaked material.

In the clips, the transcripts of which are posted in full below, Kovacevich portrayed CPAC as a conference with a “dual identity,” one being a “premier gathering” that features a “whole swath of conservatives,” including “national security conservatives, economic conservatives, libertarians, the Log Cabin Republicans, deficit hawks, small government advocates.”

In the audio clip, the other side of CPAC was described in disparaging terms by Kovacevich as featuring a “sideshow circus-like element” which “CPAC organizers have intentionally cultivated sometimes, inviting outrageous figures that say incendiary and offensive things, I think in order to draw more attention and controversy to the conference.”

“I want to be clear that we don’t agree with those things, right?” continued Kovacevich. “We abhor and rebuke the offensive things that are said at the conference. Those things obviously don’t align with Google’s values and our approach.”

“And I think it’s challenging for us to reconcile those two identities of CPAC.”

The full transcript follows below:

Yeah, it’s a great question Greg. I appreciate the question. I think one of the big themes – I think picking up on your question – that I saw in some internal listservs and one of the Dory questions focused on the question of the other speakers, right? What are we saying in terms of sponsoring a conference where you have sort of incendiary speakers, right, and I think it’s a very valid question, one we’ve talked a lot about here. I think, to be candid, one of the challenges we face with CPAC is that the conference itself has a kind of a dual identity. So on the one hand, it’s really the premier gathering of sort of big-tent conservatives. Especially in non-presidential years it sort of in some ways takes the place of the annual Republican National Convention. You have a whole swath of conservatives: national security conservatives, economic conservatives, libertarians, the Log Cabin Republicans, deficit hawks, small government advocates who attend the conference. The conference is attended by about 10,000 people. And so one of the other things is that the Republican Party and I think conservatism, in general, is also going through a lot of internal debates about what it should be, right, what should be sort of the position of the party. And I think that’s one that we should be involved in because we, I think, want probably — the majority of Googlers would want to steer conservatives and Republicans more towards a message of liberty and freedom and away from the more sort of nationalistic incendiary comments, nativist comments and things like that. But it has been a very valuable place for us to reach a lot of the people and the big tent of conservatism.

On the other hand, and sort of to get to the point of the dual identity, in recent years with CPAC there has also been this kind of sideshow circus-like element, right, that I think the CPAC organizers have intentionally cultivated sometimes, inviting outrageous figures that say incendiary and offensive things, I think in order to draw more attention and controversy to the conference. I want to be clear that we don’t agree with those things, right? We abhor and rebuke the offensive things that are said at the conference. Those things obviously don’t align with Google’s values and our approach. And I think that it’s challenging for us to reconcile those two identities of CPAC. I think one of the things that — we also face this question in other areas, by the way. So in the realm of sort of politics, there’s always going to — there’s often going to be someone at some event we sponsor who will say something we don’t agree with. Last year, a group that we support, the New America Foundation, had your guys’s, one of your Senators, Elizabeth Warren. She spoke, and she called for the breakup of Google at that [laughter] conference, right? The conference of an organization we support. Obviously we don’t support that position.